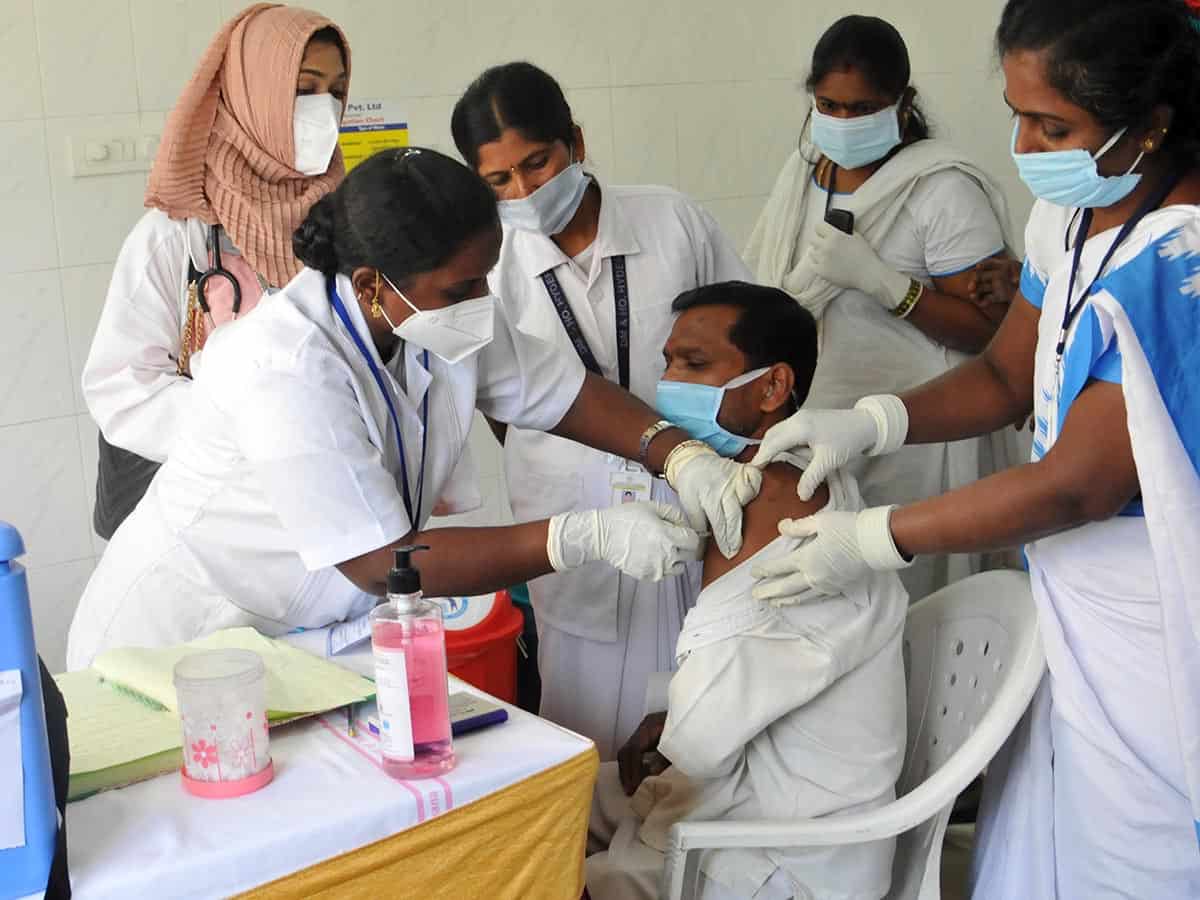 Hyderabad: Doctors from the state-run Osmania General Hospital (OGH) who have been administered with initial doses of the COVID-19 vaccine are all reporting a variety of illnesses. A doctor from (OGH) who underwent the immunisation on Tuesday confirmed with siasat.com that he is experiencing body pains and also mild fever, along with a dozen others.

“All of us have generalised body pains, malaise and are feeling feverish, but body temperature shows normal. Every vaccine does have minor side effects but it feels like the percentage of people with these reactions is more with the COVID-19 vaccine,” said the doctor, who did not want to be named.

This is a major development in the state government’s ongoing vaccine drive and is also bound to make others skeptical of undergoing the same.

This development is being reported on the same day that a health care worker from Nirmal district died a day after taking the COVID-19 vaccine.

According to the State Health Department, the 42-year-old worker had been administered the vaccine on January 19. He developed pains at 2:30 a.m. on Wednesday and he died soon after. The Telangana government in a statement said that the death “seems to be unrelated to vaccination”, and added that a post-mortem will be done as per the laid out guidelines.

As per a bulletin released by the health department on Tuesday, a total of 69,625 health care workers across Telangana received the COVID-19 vaccine so far. The bulletin also mentions that 51 cases of adverse events following immunization (AEFI) were reported in the state so far and three of them were hospitalized, but stable.

Moreover, OGH has been in the news ever since COVID-19 hit Hyderabad, as its main structure, which is a heritage monument built in the 1920s (during the reign of Osman Ali Khan, the last Nizam of Hyderabad), was shut down after it was flooded with rain-water in July last year.

Since then, a host of infrastructure issues have cropped up at OGH that resulted with the main building being shut. The state government has since not reopened it. At the same time, a case is going in the High Court over the main building’s future.