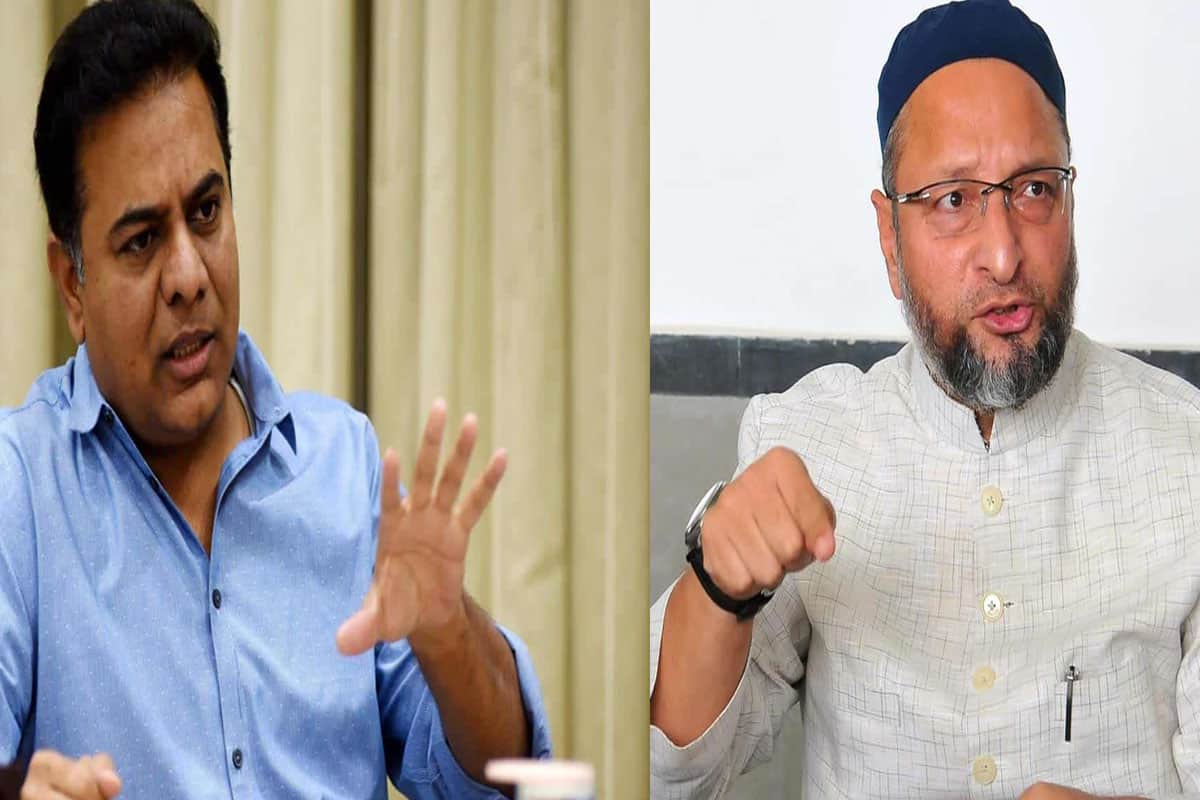 Hyderabad: A difference of opinion between All India Majilis-e-Itthadul Muslimeen (AIMIM) chief Asaduddin Owaisi and Telangana Rashtra Samithi’s IT minister KT Rama Rao (KTR) over conserving heritage buildings was clearly visible on Tuesday. Owaisi was open about his displeasure, and said that he has no love for Osmania General Hospital’s old building.

The MP explained that several economically disadvantaged families visit the hospital from Hyderabad and its surrounding districts to avail treatment. “There is an immediate need for it and as promised by chief minister K Chandrasekhar Rao in the legislative assembly the works should be taken up,” he said.

Minutes later Minister for MA&UD, KT Rama Rao said that the government is keen on taking up various developments in the city. “We will preserve our heritage monuments and simultaneously take up a developmental activity,” said KTR.

He said that the state government took up major conservation works at the Moazam Jahi Market building and restored it.

“On Tuesday, conservation/ renovation works of three heritage works including Mir Alam Mandi, Sardar Mahal, and Mahboob Chowk building were taken up. All efforts are being made to preserve the 400-odd-year old heritage of the city and we will continue,” the Minister affirmed.

He further said that there will be no bias when it comes to developing the older parts of the city. KTR further said that the Sardar Mahal will be developed into a cultural center and will also have a museum and hotel. He added that soon state health minister Harish Rao along with other officials concerned will visit the Osmania General Hospital and work out modalities for the construction of a new building.

The Osmania Hospital’s original structure is a notified heritage building, that was built for Hyderabad during the period of the last Nizam, Mir Osman Ali Khan.

OGH was completed in 1925 after Hyderabad was affected by the bubonic plague around 1911. The city administration then took care of the issue, following which the then Nizam Osman Ali Khan (1911-48) set up the City Improvement Board (CIB) in 1912 to improve Hyderabad’s infrastructure. It was designed by architect Vincent Esch, who also designed the Victoria Memorial in Kolkata.

The Osmania Hospital building (along with others like High Court and City College) is an excellent example of the Osmanian style or Indo Saracenic genre of architecture. It is an integral part of Hyderabad’s 20th-century riverscape and skyline. The CIB during the reign of Osman Ali Khan had transformed the medieval city into a modern metropolis, complete with infrastructures like the High Court, railway stations, schools and OGH.