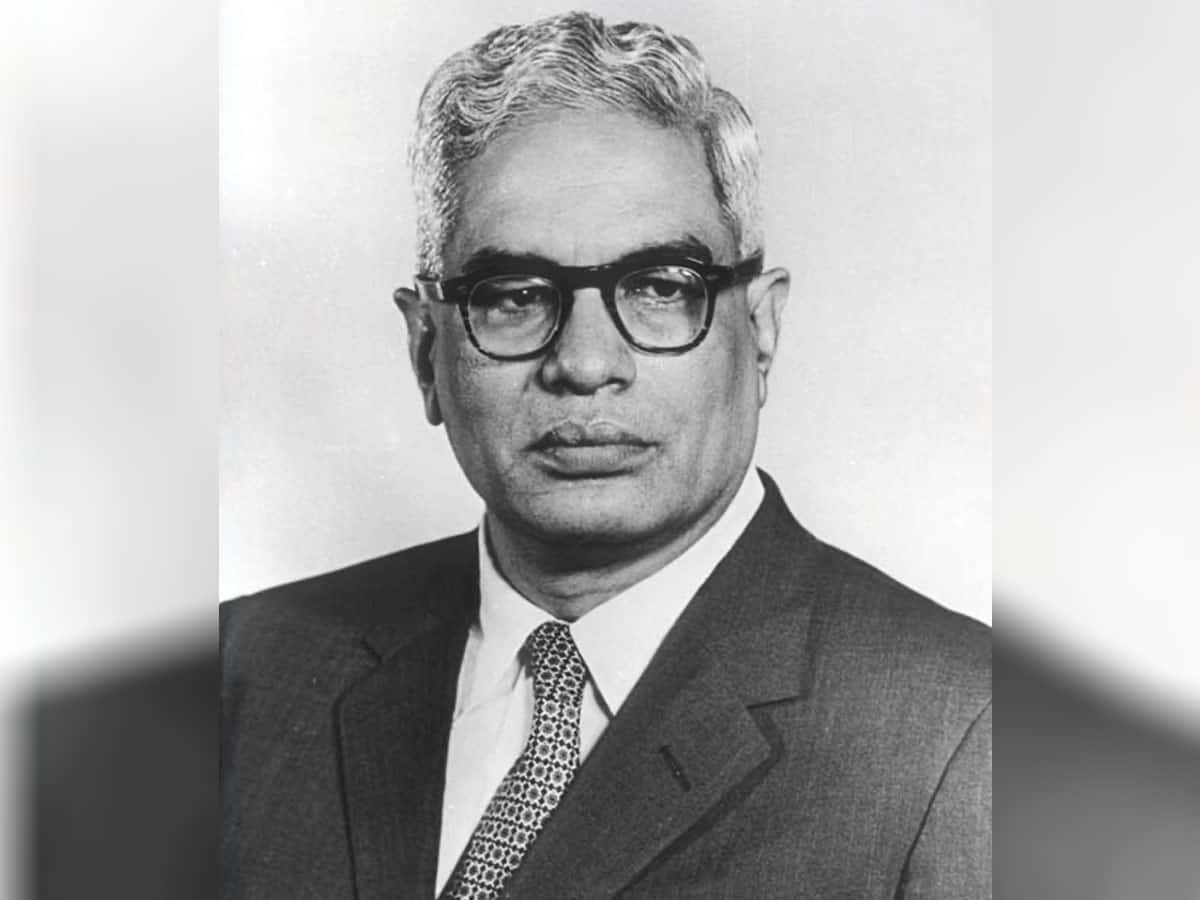 If Hyderabad can today boast of having one of the largest cluster of Defence Laboratories and some reputed departments of science in the Osmania University, a good measure of the credit should go to Dr Suri Bhagavantam, a rare breed of scientist-administrator.

A research student of Nobel Laureate, Dr C V Raman, Dr Bhagavantam wore many hats, sometimes simultaneously in the Indian Scientific, education and administration spheres during the 1940-80 period. He has left an indelible mark on building up the country’s defence research and indigenous technology capabilities.

As the second Scientific Adviser to the Defence Minister, V K Krishna Menon during 1961-69, Dr Bhagavantam was instrumental in the setting up of 15 national laboratories under the Defence Research and Development Organisation (DRDO). Of these, the DRDL, DMRL, DLRL in Hyderabad and NSTL in Visakhapatnam were established.

The defence and aerospace cluster has grown into international recognition with the addition of the Missile Complex—RCI (Research Centre Imarat), ASL (Advanced Systems Laboratory) and the BrahMos centre. All these were a fall out of the IGMDP (Integrated Guided Missile Development Programme), launched in 1983 under Prime Minister, Indira Gandhi. The former President, A PJ Abdul Kalam, who led the IGMDP and Dr V S Arunachalam, who was the SA to Defence Minister and Chief of the DRDO were mainly responsible for the rapid expansion of facilities in Hyderabad in the last few decades.

Describing Dr  Bhagavantam as the architect of defence research in independent India, Dr V K Saraswat, SA and DG of the DRDO said, “He opened up the horizons of the DRDO and helped develop major systems like radars, missiles, tanks for which India had to depend on imports.’’

He was speaking at the Birth Centenary Celebrations of Dr Bhagavantam at the Osmania University in 2009, where he delivered the first commemorative lecture on the theme of `New Vistas in Defence R&D’ as the chief guest.

In terms of his scientific contributions, Dr Bhagavantam was a pioneer developing simple and effective methods to measure elastic constants in Crystals.  He did work in scattering of light rays with Dr Raman, while obtaining his M Sc degree too. Later he worked in Ultrasonics, Radio Astronomy, Solid State Physics etc. He guided over 50 PhD scholars and published many papers and authored a couple of books which gained international acclaim.

“Dr Bhagavantam was a scholar in Telugu and Sanskrit. He could recite poems in both languages and compose poems in the former. He was a man of wit and humour and ready repartee, who was known to defuse tense situations in meetings with an apt joke and warm heartedness. Though he looked serious and not easy to approach,” recalls, Dr M Krishnamurthi, a long term associate in a biographical note in the Defence Science Journal.

His Administrative skills took him to responsibilities in public sector units like the Bharat Electronics Limited (BEL) and the Hindustan Aeronautics Limited as their Chairman. He was also on the Board of the State Bank of India.

Dr Bhagavantam, whose 112th birth anniversary falls today, is a rare combination of academic brilliance and administrative strengths. As the youngest Vice Chancellor of the Osmania University at the age of 42, he pushed the departments of Physics, Geophysics and Astronomy to international reputation. The Rangapur Observatory with its 48 inch Telescope was set up on the outskirts of Hyderabad during his tenure of 1952-57.

A student of the City College High School and Degree from Nizam College, Dr Bhagavantam built the branches of Cosmic Rays, Radio Astronomy, and Spectroscopy in Physics to repute in the OU. He came to the University from London in 1949 to head the Physical Laboratories as its Director. In 1952, he was made the VC.

He was a brilliant Physicist. In 1928, at the young age of 20, as a winner of an essay he joined Prof C V Raman as a research scholar to work in the Indian Association for the Cultivation Science. On the advice of Dr Raman, Suri Bhagavantam joined the Physics department of Andhra University in 1932. He was just 23. The Vice Chancellor at that time was Sir S Radhakrishnan, who was impressed with the young man’s credentials.   Very soon, he rose to become the youngest Professor at 28 and then Head of Department. In a 15 year association with the AU, he was instrumental in initiating the setting up of the Departments of Meteorology, Oceanography and Geophysics. The University got global recognition for the alumni and the work it produced over the decades.

As the Director of the Indian Institute of Science, Bengaluru, he ensured that it got a Deemed University status in the 1950s, says Dr BV Subbarayappa, the official historian of the Institute in a citation in the Indian National Science Academy.

Personal life
Dr Bhagavantam was born into a well to do family in Akiripalli village in Krishna district of Andhra Pradesh in 1909. He married Sita Mahalaxmi and had four sons and a daughter. Three of his sons—Dr Balakrishna, Dr Radhakrishna and Dr Ramakrishna became scientists. He passed away in 1989 at the age of 80.

During the 1980s, I used to meet Dr Suri Balakrishna, Assistant Director, National Geophysical Research Institute (NGRI) at scientific meets.  A Geologist, Balakrishna was a good organiser of national and international scientific events at the NGRI and also the Andhra Pradesh Akademi of Sciences. His father’s reputation too helped in putting together these events, I felt. In contrast, his efforts to make it to the Director post at the Institute did not succeed, though he was acting Director on two occasions.

During the last years of his life Dr Bhagavantam, an associate of the Sai Baba of Puttaparthi, spent time on spirituality and service of the ordinary people. He headed the COSTED (Committee on Science and Technology in Developing Countries) created by the ICSU (International Council of Scientific Unions) for nearly a decade. Incidentally, he was succeeded in the position by Dr Y Nayudamma, another distinguished Scientist-Administrator from Andhra Pradesh.

Somasekhar Mulugu, former Associate Editor & Chief of Bureau of The Hindu BusinessLine, is a well-known political, business and science writer and analyst based in Hyderabad