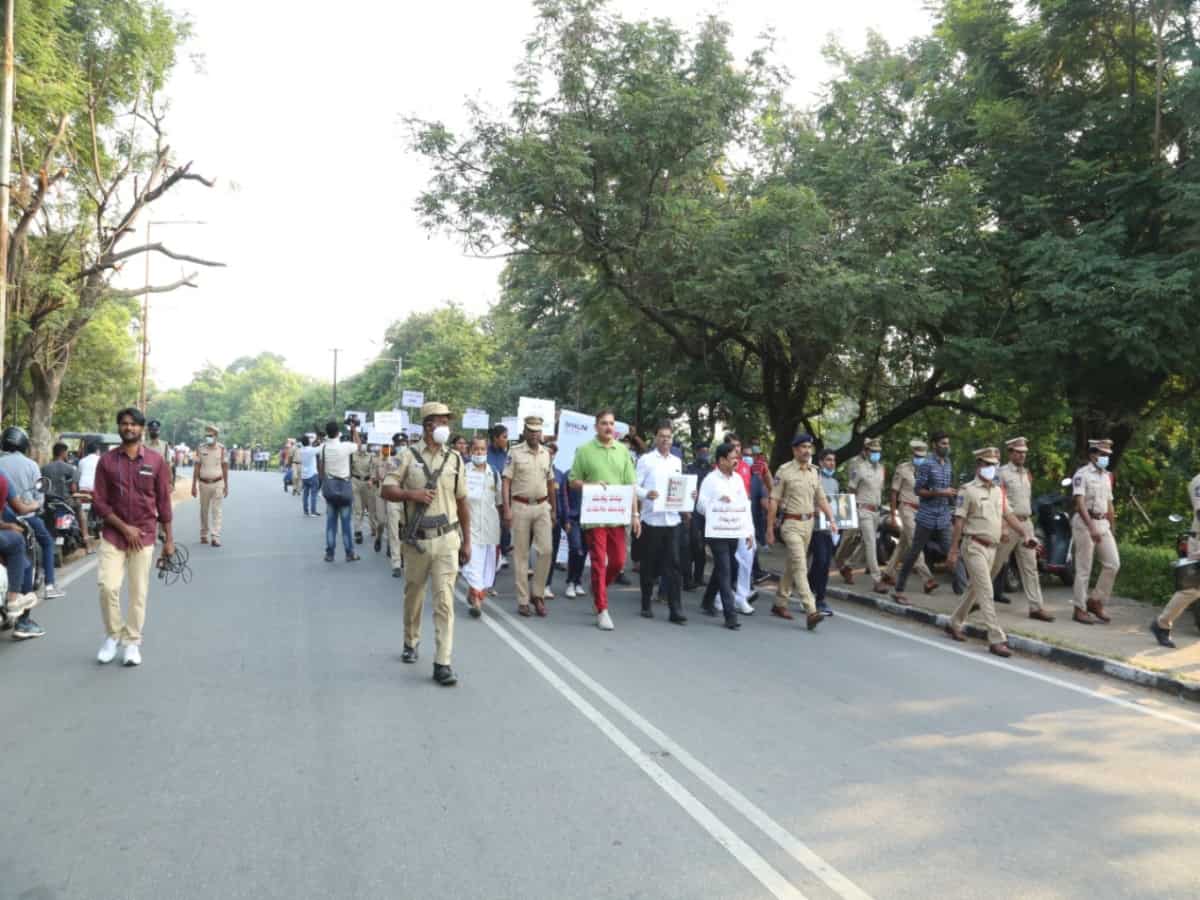 The commissioner began the proceeding in the presence of Osmania University Vice-Chancellor Professor Ravinder. The aim of the campaign is to create awareness among students, who are vulnerable to drug abuse. As part of the campaign, Anjani Kumar took a walk along with the Vice-Chancellor and Kaleru Venkatesh, the Amberpet MLA accompanied by close to a Thousand students.

Kumar also urged the authorities to report the drug abuse among students, which could be helpful in protecting them from addiction. He further stressed that the city has a better record in terms of drug abuse as compared to other cities, yet there is a need to be vigilant.