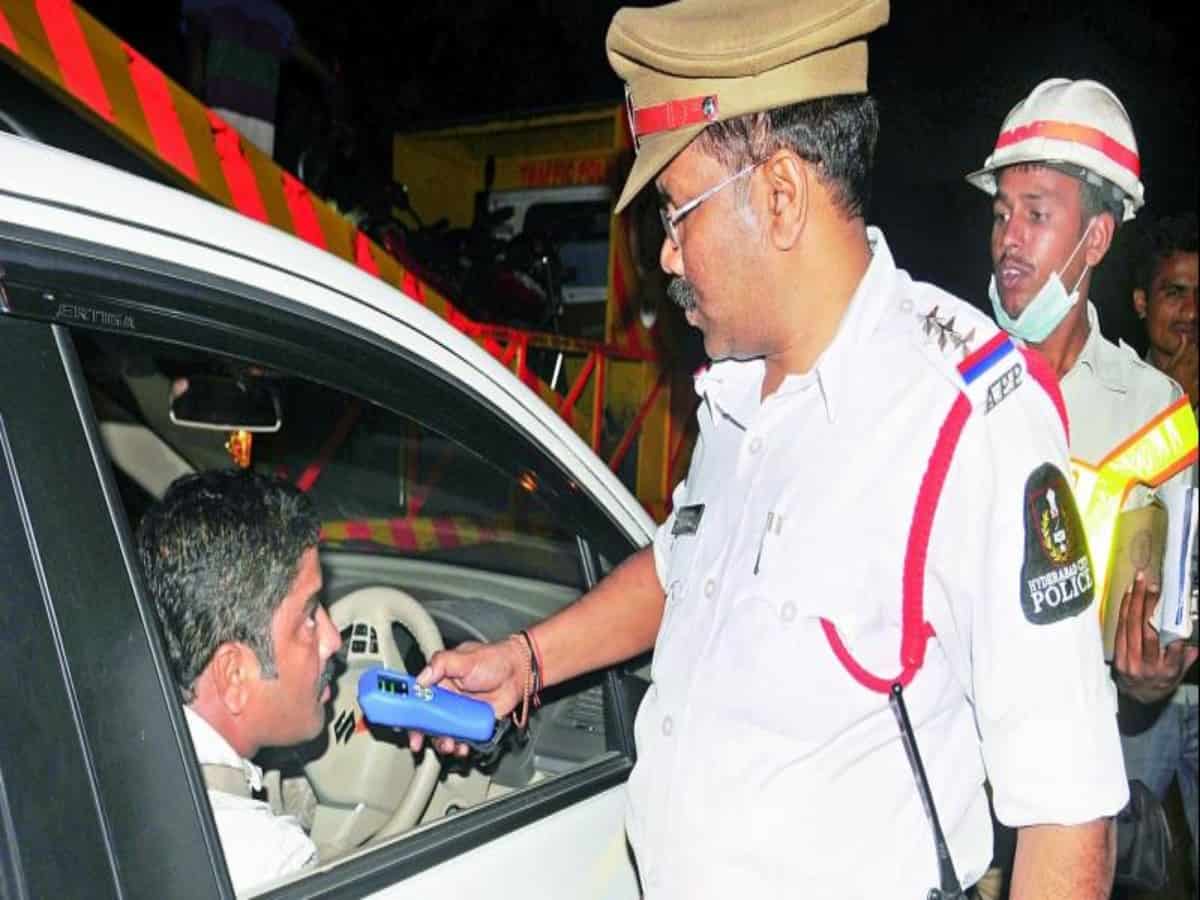 Hyderabad: Drunken driving on the city’s Road may prove costly for the motorists henceforth. Now the licenses of the violators maybe cancelled on the spot online.

As per the traffic police officials, now if a person is caught drunk driving the person’s details are sent to the RTA immediately, which will further verify and suspend the driving licence of the violators immediately.

This information will be saved in the online record of both the traffic police and the RTA for future use.

“If caught drunk driving again the licence status will be known to the police by just entering their licence numbers. This will help officials in ensuring further action,” a traffic police official added.

According to traffic police officials, many motorists driving in drunken condition were either dying in accidents or causing the death of others. “With Cyberabad witnessing a large number of road accidents and deaths every year, strict enforcement of traffic rules is of utmost importance,” the official said.