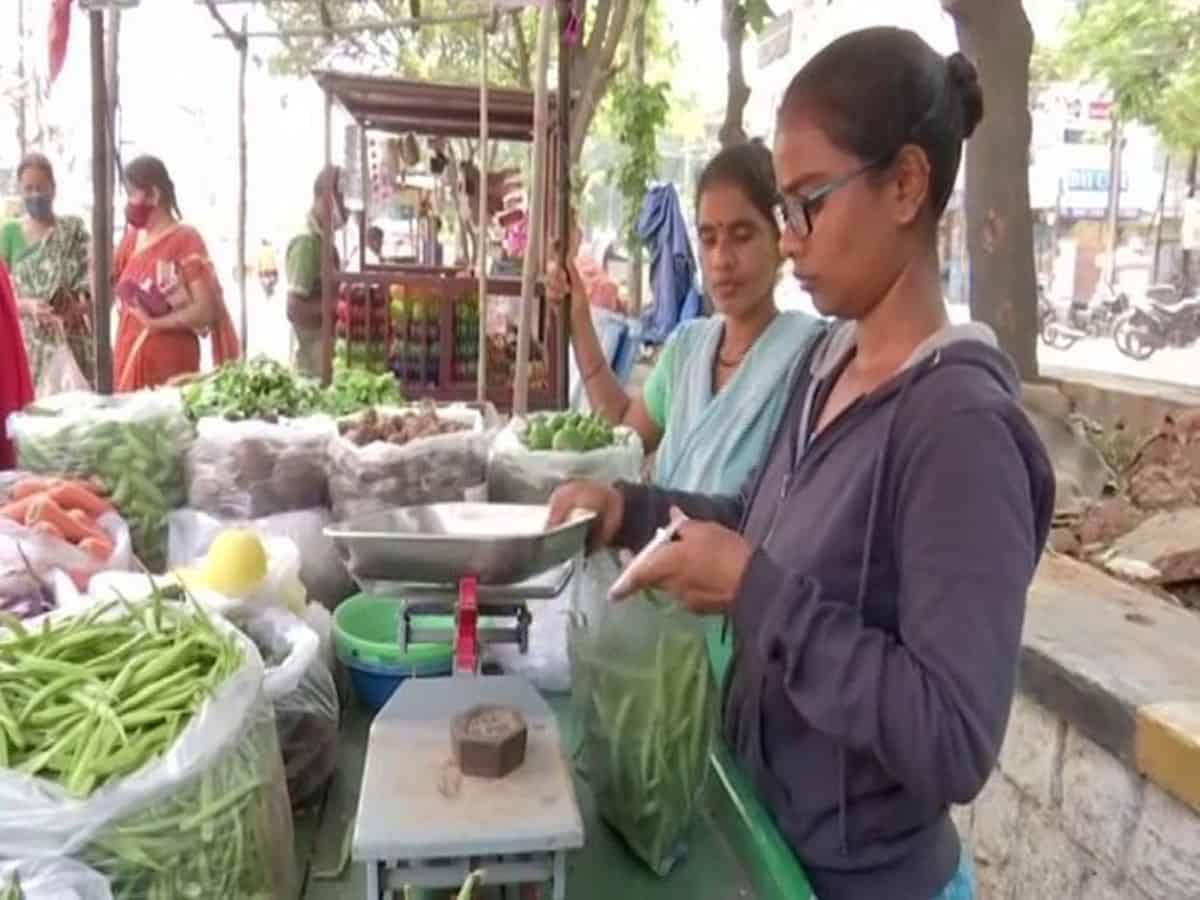 Hyderabad: Due to a financial crisis, a 22-year-old 3rd-year medical student is on the verge of dropping out of her college as she has started working with her mother and helping her in selling vegetables in Hyderabad, to make ends meet.

Anusha is pursuing her 3rd year of MBBS from a Medical school in Kyrgyzstan.

Due to the financial crisis that her family is facing, she is having a hard time paying fees for her Medicine study.

Speaking to ANI, Anusha said, “Initially after her intermediate (10+2) examination, she was very interested in getting into a medical school to peruse her MBBS. She said that despite trying at several Medical colleges, due to the fee structure, she was not able to get a seat in any college. But later, she found out that the Government of Telangana is helping students with scholarships on a merit basis to study abroad.”

She stated that as she got admission into a medical school in Kyrgyzstan, she applied for the scholarship. Only after joining the college, it came to her knowledge through the college administration that the scholarship has not been provided by the Telangana Government, but was granted to her on the basis of her own merit, she added.

Anusha further said that after the completion of her 1st year, she was expecting scholarship support from the Telangana Government. She was told by the concerned officers that the scholarship for MBBS 5 year-course has been cancelled by the government, she stated.

“Despite talking to the desks of the concerned Government offices, local MLAs and political leaders, my efforts have gone in vain as nobody came forward for help,” said Anusha.

She said, “While my parents continued their efforts to get the scholarship, I continued my studies after selling my and my mother’s gold ornaments.”

The Hyderabad girl said that looking at her performance in the 1st year, the college management was generous enough to make her attend classes in her 2nd year despite being unable to pay the fees and further looking at the 1st and 2nd year’s performance wherein she scored an aggregate of 95 per cent, the college management allowed her to appear for exams of her 3rd year.

But now as she has not been able to pay the fees for the last two years, she is being asked to pay the same to attend the classes, only then she will be allowed to appear for her 4th-year exams.

With her family not in a condition to help fund her education, especially during the ongoing COVID-19 pandemic, she started selling vegetables alongside her mother to earn a livelihood.

She said that she is on the verge of quitting college and discontinuing her studies just because of the financial crisis.

She added that she is still requesting the government to help her with her studies.

Anusha further said, “That there are many people out there who are willing to peruse their dreams but are unable to fulfil them, just because of their financial condition. All they need is support to achieve their dreams.”

Further speaking she said that wants to continue her studies and become a doctor so that she could help the poor and needy with proper medical treatment.

Sarala, Anusha’s mother said, “I am an uneducated person and I have been selling vegetables for a long time now, but I don’t want my children to be like me. I want them to achieve their dreams and become something. That is why I have tried my best to support Anusha get into a medical school and even my son is pursuing his Bachelor of Fine Arts course here in Hyderabad.”

Sarala further added, “It makes me feel sad and heartbroken that my daughter is on the verge of quitting her college just because of our financial problems.”

She appealed to the Government to help her daughter complete her studies.