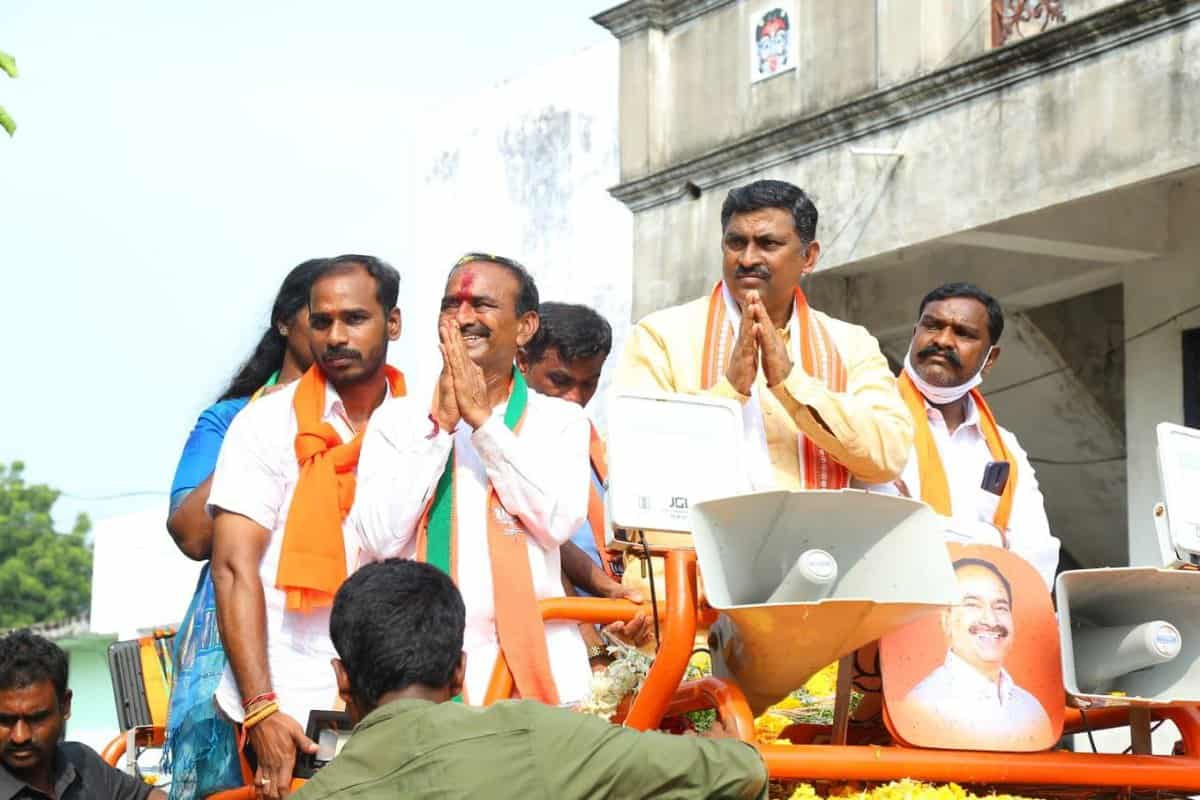 Hyderabad: After Eatala Rajender’s resounding success in the Huzurabad assembly constituency bypoll, the Bharatiya Janata Party (BJP) senior leaders have decided to employ more responsibility on him to make the party robust in the Telangana State.

According to the party sources, Rajender could be made the party working president in the Telangana State so that his success can be reciprocated in other districts as well. It is being informed that there is no such post of a working president in the BJP unit of Telangana but a post could be created for Rajender so that he can be given more responsibility in the party. The BJP Parliamentary party will soon make a decision in this regard.

According to the party sources, Rajender could be given the responsibility to undertake a tour of the Telangana State in order to make the party strong from the district organization level.

The BJP is keen to utilize the services of Rajender after his magnificent victory against  TRS. His association with the Telangana liberation movement and getting elected to the state assembly successfully seven times also speaks of his credentials.

Moreover, the BJP has decided to hold two different agitation programs. One for the implementation of the Dalit Bandhu scheme and another in favour of unemployed youth on November 9 and 16 in the state respectively.

A million march by the BJP is scheduled to take place on November 16 for the students and the unemployed youth demanding to the state government that jobs be provided for them.

It has been noted that after its victory in Huzurabad bypoll, the BJP is trying to project itself as a better alternative than the TRS party in the state.