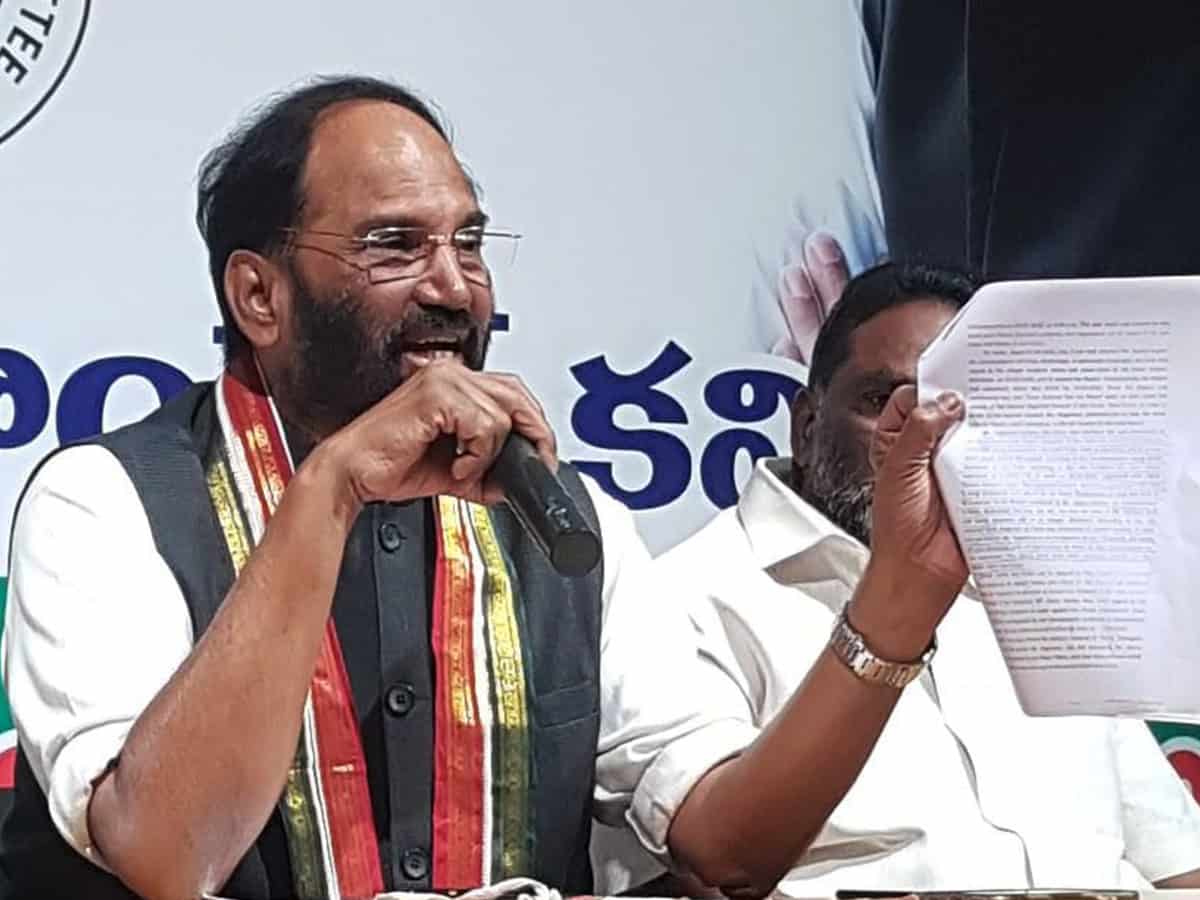 Hyderabad: Congress MP N Uttam Kumar Reddy on Monday said the TRS government is on the verge of a major financial crisis due to which it may not be able to pay even the salaries and pensions of government employees.

Speaking to the farmers at an event in Huzurabad Assembly Constituency, Reddy said that the state government may find it difficult to procure funds for payment of Rythu Bandhu beneficiaries in the next crop season due to mishandling of the state finances.

He further said that the TRS government did not follow a realistic approach in maintaining a balance between the actual revenue and expenditure.

Reddy alleged that the state government went to the extent of increasing the growth figures and mentioned loans as income which was pointed out by the Comptroller and Auditor General of India and also by the 15th Finance Commission.

Reddy also alleged that instead of taking corrective measures, the TRS government kept on projecting false growth figures due to which the Reserve Bank of India has imposed a ban on Telangana from taking fresh loans in the current financial year.

The RBI’s ban put Telangana in a critical situation. It needs money to finance its welfare schemes and run the government. If the RBI stops Telangana from borrowing more loans, then the state government might not have any money to spend on schemes like Rythu Bandhu and other welfare schemes.

“The chief minister must hold a meeting with financial experts to find an immediate solution. The financial crisis is likely to impact all sectors, especially agriculture, Reddy said.