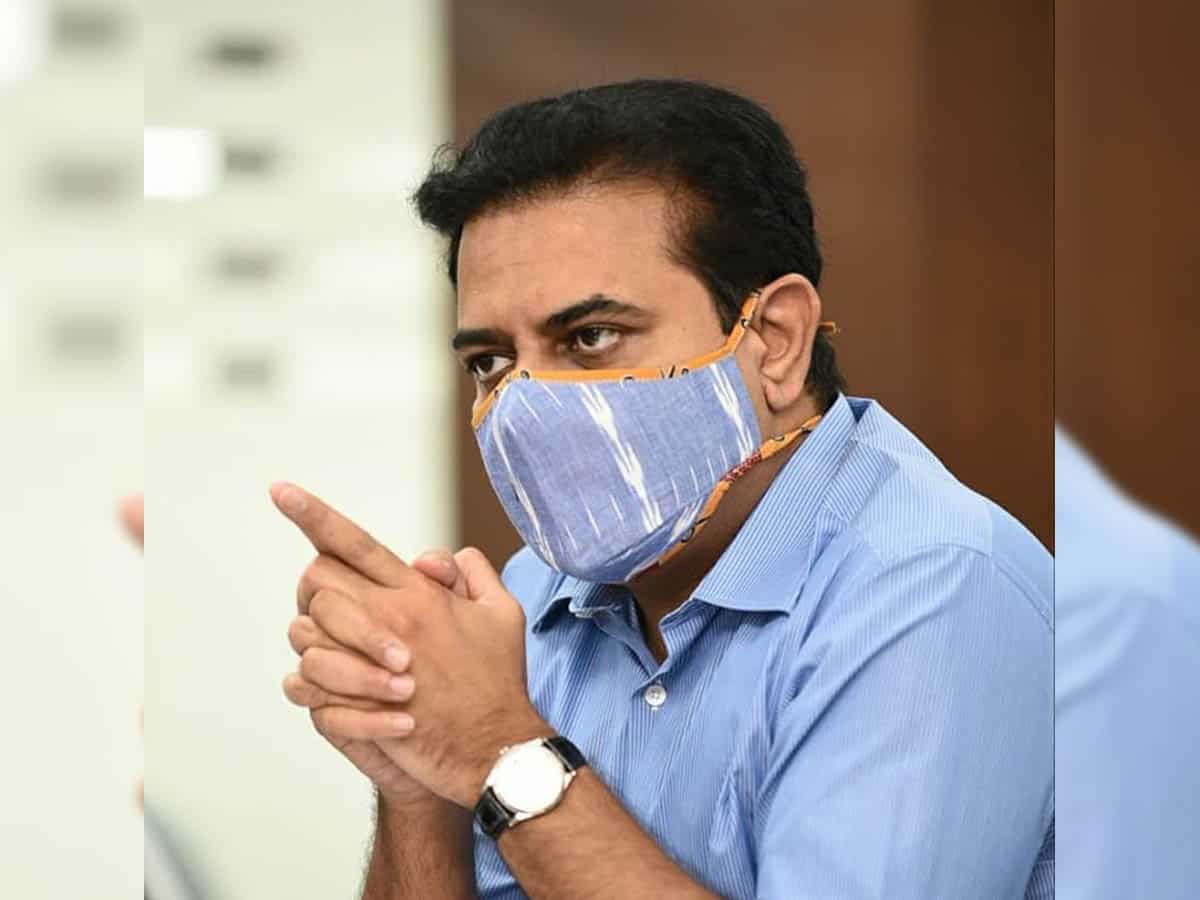 Hyderabad: Telangana IT and industries minister KT Rama Rao (KTR) on Sunday appealed to the central government to establish a vaccine testing center in Hyderabad on a “war footing”. KTR shot-off a letter to union health minister Harsh Vardhan stating that Hyderabad has emerged as the vaccination capital of the world by producing one-third of the global vaccines.

KTR also mentioned that the COVID-19 vaccine Covaxin was developed and also is being manufactured in Hyderabad. In his letter, the Telangana IT minister said that there is an urgency to set up a second testing facility, and added that Hyderabad is an ideal location to host such a facility, as the city has a large number of vaccine manufacturers.

“The testing of each batch of vaccine produced in the country is being carried out only in the Central Drug Laboratory, Kasauli. And for the entire process of sending the vaccination batch from Hyderabad to Kasauli takes approximately 30-45 days, which is time-consuming, and cost-intensive. Over the next few months, a significant amount of covid vaccines will be produced in Hyderabad,” said KTR in his letter.

The IT minister added that the official reports and projections of the government of India statees that almost 50% of the total COVID-19 vaccine supply between August and December 2021 will be from Hyderabad. “For the projected capacity of a billion doses in Hyderabad between August to December 2021, having a testing center in Hyderabad could result in accelerated throughput of about 8-10 crore additional vaccine doses per month in the country’s overall supply,” KTR said added.

KTR ålso mentioned that experts have predicted the third COVID-19 wave to hit India between September and December this year, and also said that vaccines are the only solution for this fight against the virus. The IT minister KTR stated that the Telangana government will provide its complete support in establishing the facility on a fast track mode as well

“The testing center could be established in an existing set up like the National Animal Resource Facility for Biomedical Research, Central Drug Testing Laboratory Hyderabad to address the immediate requirement while a state-of-the-art full-fledged facility can be built in parallel to cater to testing requirements on a long term to ensure uninterrupted national and global supply of vaccines,” KTR said.

Prior to this, KTR had asked union finance minister Nirmala Sitharaman for a “reappraisal” of the central government’s Aatmanirbhar relief package, while highlighting concerns of the state government with regard to the scheme. In a previous letter to Sitharaman, he stated that Micro, Small and Medium Enterprises (MSME), for whom the the package was introduced, have been hit badly.