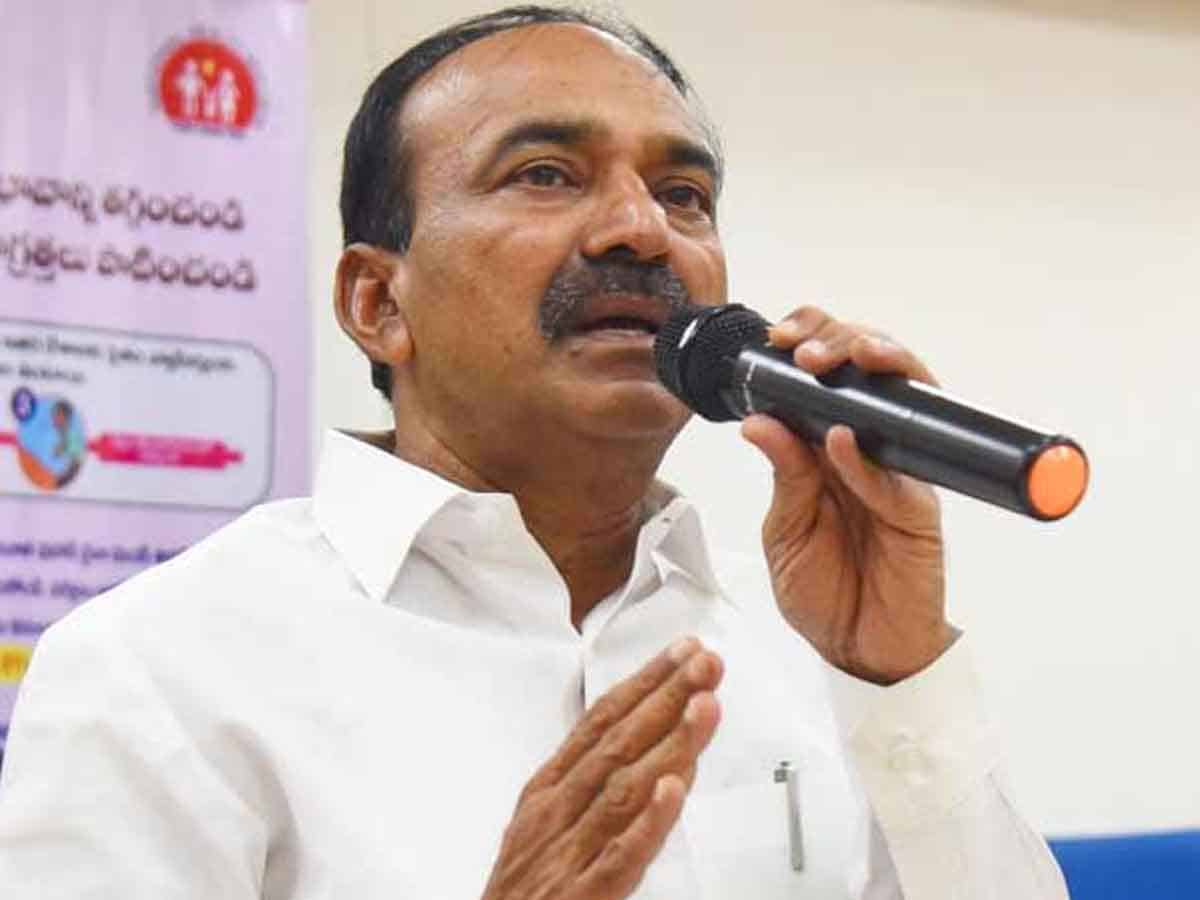 Hyderabad: BJP MLA Etala Rajender today predicted that his party would form the next government in Telangana after the next Assembly elections.

Addressing media persons after participating in a temple program at Tadvai mandal, he said the TRS leaders did not console the family members of those who committed suicides demanding government jobs. Referring to the recent attack on Secunderabad railway station, he asked the State police as to what they were doing when 3,000 people planned to attack the railway station through their WhatsApp messages? He said a youth from Warangal lost his life due to the failure of the TRS government.

Talking about the achievements of the BJP government at the Centre, he said his party had made a Dalit as President of the country immediately after coming to power and added that his party was now giving the opportunity to become the next president of the country to a tribal woman leader now. He said the objective of the BJP government was to provide power to the leaders of all communities.