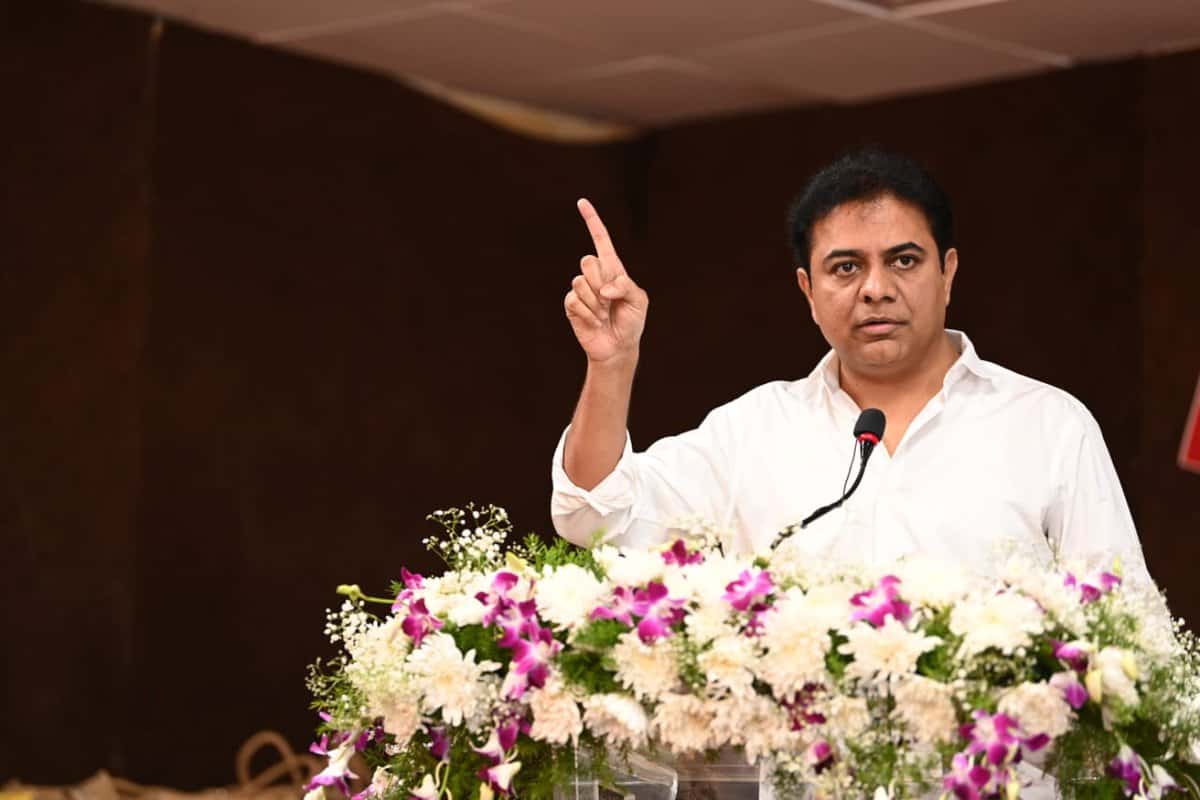 He claimed that every Indian has a debt of Rs 1.25 lakh. His tweet on Sunday was apparently in response to Union Finance Minister Nirmala Sitharaman’s statement that every child born in Telangana carries a debt of Rs.1.25 lakh.

The Central minister, during her three-day visit to Zaheerabad Lok Sabha constituency under BJP’s ‘Parliament Pravas Yojana’, had slammed the state government for raising debts.

Harish Rao hits out against Sitharaman for PM flex board demand

Rama Rao, who is also working president of Telangana Rashtra Samithi (TRS), tweeted ‘Madam FM waxes eloquent on Fiscal prudence; Till 2014, in 67 years 14 Prime Ministers of India together have raised a debt of Rs. 56 Lakh Crores Then came PM Modi Ji; in the last 8 years alone India’s debt incremented by Rs.100 Lakh Crores Every Indian has a debt of Rs.1.25 Lakh”

The minister said while the debt to GSDP ratio of Telangana is 23.5 per cent, lowest at 23rd among the 28 Indian states, the nation’s debt to GDP ratio is 59 per cent.

He remarked that the country needs double impact governance and not futile double engines. He said if only BJP states had performed on par with Telangana, India would now be a $4.6 Trillion economy.

Sitharaman had come down heavily on the TRS government for raising debts beyond FRBM limits and claimed that every child born in the state carries Rs 1.25 lakh debt burden.

She said because of the huge debts, Telangana’s revenue surplus budget had slipped to a revenue deficit budget.

She said the state was raising more debts than approved in the Budget. She claimed that the Assembly was being kept in the dark about the debts raised outside. She said all the debts were not being included in the Budget.

The central minister had argued that the Centre has the right to question the state on debts.