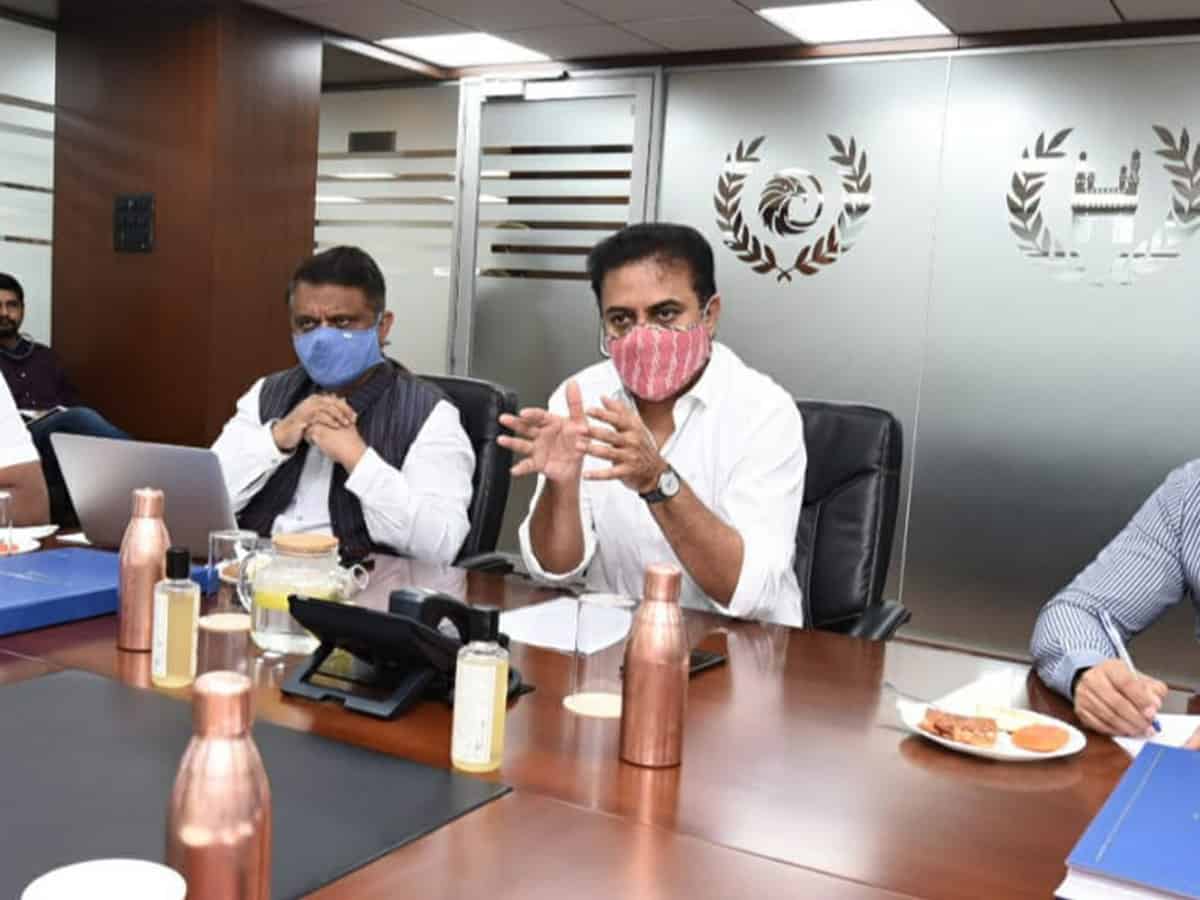 Hyderabad: Telangana’s information technology (IT) and industry minister KT Rama Rao (KTR) on Thursday directed officials to expand the Telangana Fiber Grid (T-Fiber) project to all municipalities across the state. KTR directed them to also conduct a survey in the Greater Hyderabad Municipal Corporation (GHMC) limits and submit a report at the earliest, in order to extend fiber connectivity to 30,000 government offices from June.

The state IT minister’s directions to commence the exercise of extending fiber connectivity to came on Thursday during a review meeting with officials of the Telangana Fiber Grid Corporation Board at T-Hub in Hyderabad. KTR, who is the chairman of the Telangana Fiber Grid Corporation, told officials that by August this year every village will be extended fiber connectivity and that works are being executed accordingly.

As per chief minister K Chandrasekhar Rao’s (KCR) instructions, all the Rythu Vedikas should be extended fiber connectivity as well, said KTR. He added that this would enable KCR’s vision to bring all the farmers in the state to under one roof to discuss, interact and exchange of ideas with ministers and government officials through video conferencing.

Farmers can also benefit as they will have better access to prices and other marketing information at their fingertips, said KTR, according to a press release from his office. The Minister further wanted the officials to consider examining broadband connectivity as a utility and work out a mechanism for extending connectivity to each household in all the towns across the State.