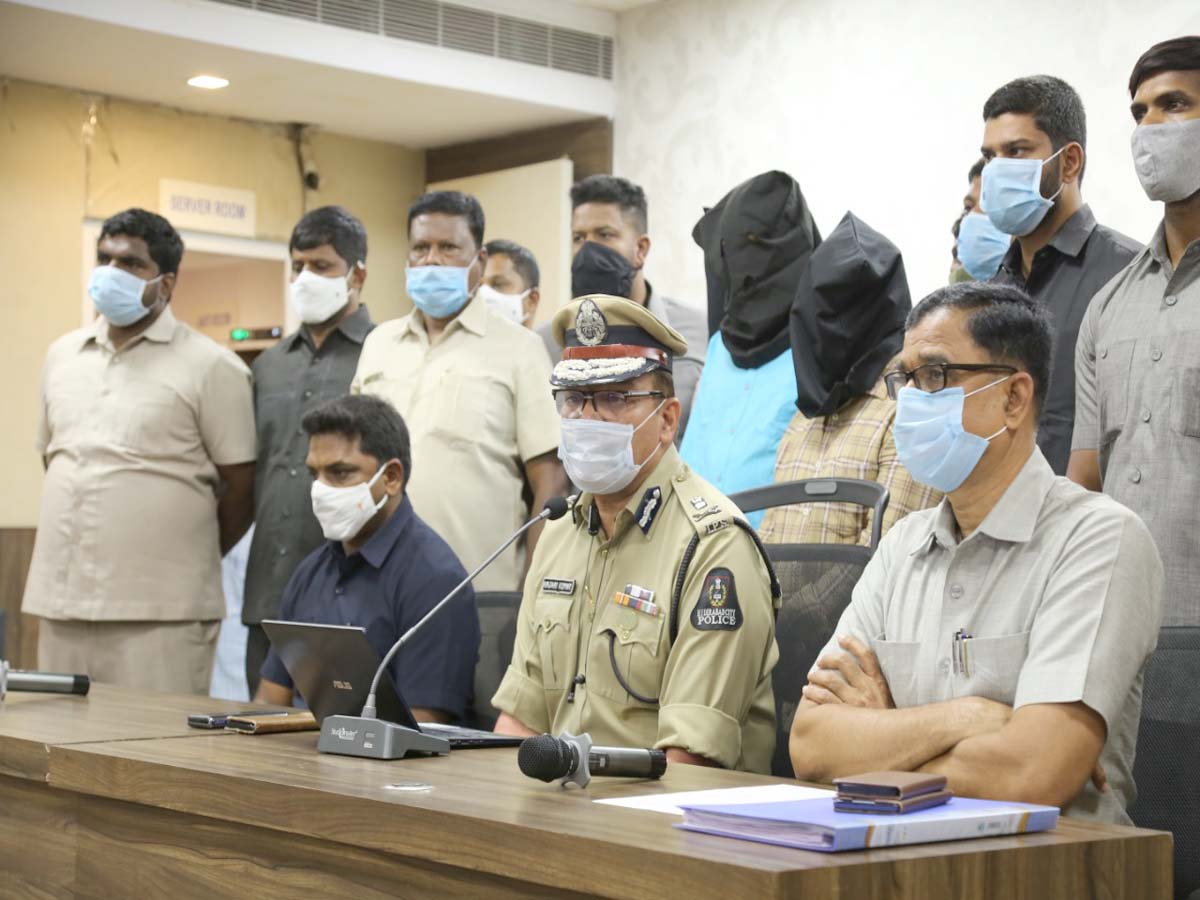 Hyderabad: The sleuths of Commissioner’s Task Force along with Police SR Nagar police apprehended habitual cheater and white collar offender Avushodapu Sudhakar who was calming himself as PA to Chief Minister and cheating the innocent public.

Two of his associates Sangoju Naga Raju and Battala Bheemaiah have also been arrested.

The main offender A Sudhakar impersonating as Govt. official to believe himself as higher officer, showing fake ID card printed on the name of PA to CM – OSD, moving in Fortuner Car,
engaged two persons as Security guards in safari dress.

Disclosing details about the racket Police Commissioner Hyderabad Anjani Kumar informed media that Sudhakar purchased a toy pistol, showing to public and claiming that the weapon was allotted by Govt. for his personal security.

He trapped about 80 to 100 innocent gullible public,cheated and collected huge amount under the guise of providing double bed room houses under TS Govt Scheme, allotment of Govt. lands, Govt.Police jobs and also promised to arrange gold on cheaper rate than market price, collected about 3 Crore rupees and disappeared.

As many as seven FIR of cheating have been registered against him in Hyderabad and other commissionerates.