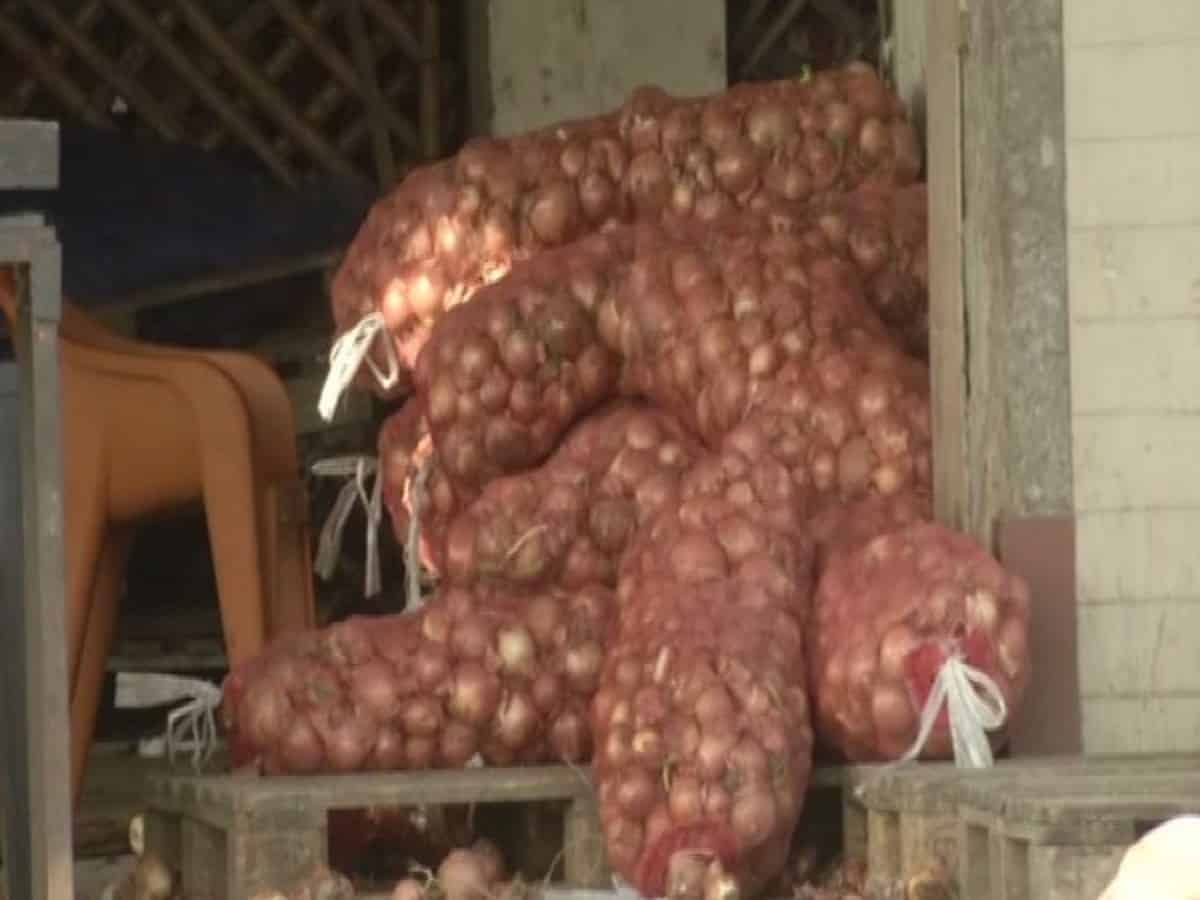 Hyderabad: Onions which were sold at Rs.50-70 a kg in the market last month has seen a steep fall in prices and now is being sold at a mere Rs.6 a kg in the wholesale market. This drastic fall in the prices of onions has brought tears to the eyes of the farmers who had spend Rs.50000 on an acre in the cultivation of onions.

The farmers who had taken the agricultural land on lease will have to pay 20000 more as a rent however the 90-120 acre bumper production is a good turnout but the low prices in the markets have left the farmers saddened and worrisome.

Every year, the Sadashivpet town market sees more than 70 thousand quintals of onions which are brought by the farmers of Vikarabad and Ranga Reddy districts.

Venkatiah, a farmer hailing from Govindapur mandal of Sangareddy district said he has brought onions produced on his two acre land in the market on Thursday. He said he has spend around 50000 on an acre on the agricultural produce which is selling at 60000 and he hardly sees any profit which is worrisome. He further added that his whole family had been concentrated on the production of onions since the past four months and now they see not much benefit arising from it.

Another farmer of Viquarabad district, Basvaraj said he got only Rs. 300 per quintal for his onions because his agricultural produce was of inferior quality. He said this year a seed company had deceived him by giving seeds of low standard. He stated that they are getting a price of only Rs. 3 on a kg as a result they are suffering a loss of 20000-30000 on an acre of onions land.

Onion Market Secretary K. Lankeshwar said that he usually sends onions to Vijayawada and other Andhra Pradesh districts but this time Kurnool has seen a bumper production.

Apart from Telangana and Andhra Pradesh districts, Maharashtra and other neighbouring states also send onions in huge numbers to the wholesale markets of Hyderabad.

One farmer appealed to the government to fix a standard selling price of the onions and build a modern storage unit so that a price balance is maintained which benefits both farmer and buyer.