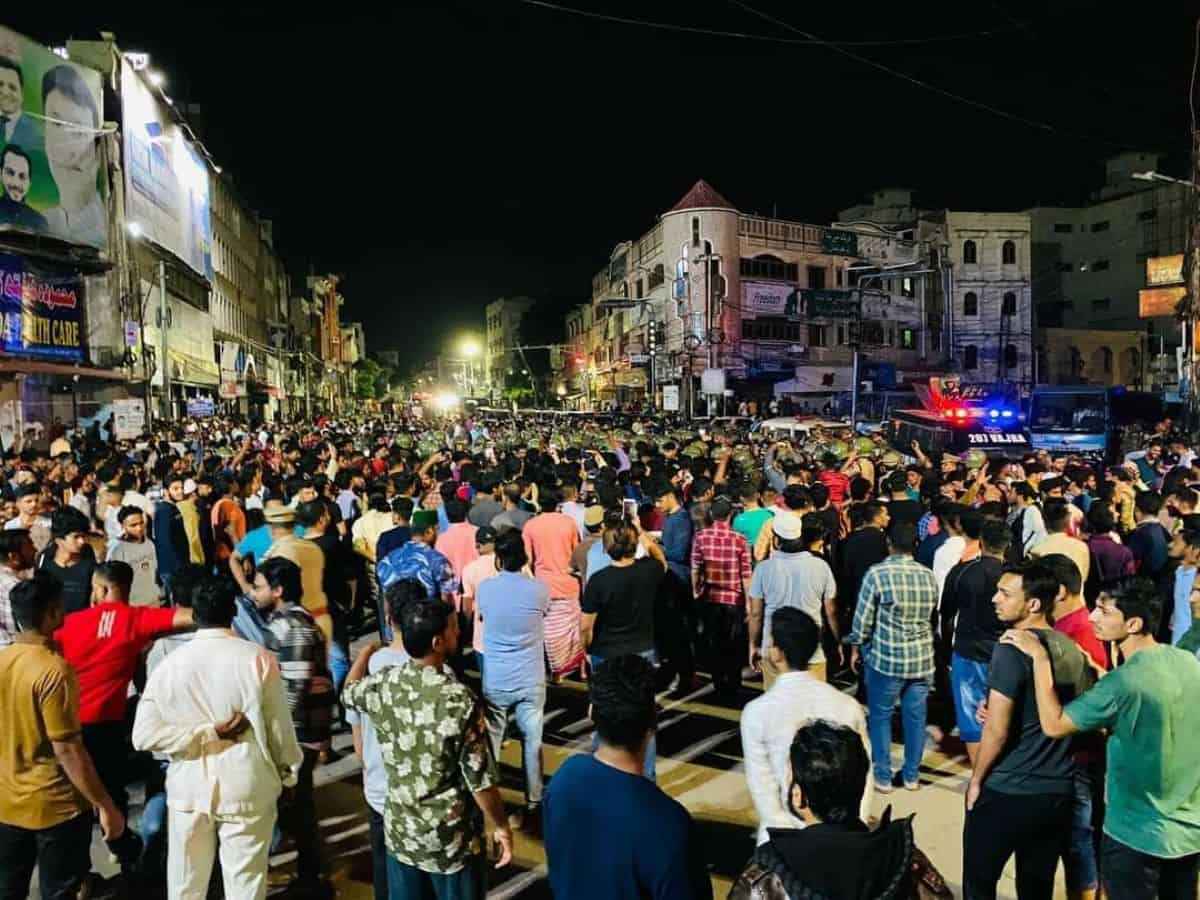 New Delhi: The National Commission for Protection of Child Rights (NCPCR) has asked the Hyderabad Police to lodge an FIR against those who made school children raise slogans against suspended BJP leader T Raja Singh over his alleged remarks against Prophet Mohammed.

In a letter to the Hyderabad Police, the NCPCR said video clips circulating on social media platforms show children raising slogans such as “sar tan se juda” and demanding that the suspended Bharatiya Janata Party (BJP) leader be “hanged”.

The commission said it seems the children were influenced and used in the protests as political tools.

“The commission deems it appropriate to take suo motu cognizance since there is a prima-facie violation of the relevant provisions under the Juvenile Justice (Care and Protection of Children) Act, 2015.

“The commission thereby requests your good offices to investigate the matter by lodging an FIR against the perpetrators at once. Further, the children who are seen in the videos should be identified and produced before the Child Welfare Committee for recording their statements and proper counselling as per the Juvenile Justice (Care and Protection of Children) Act, 2015,” the panel said.

The NCPCR said an action-taken report, along with a copy of the FIR, the statements of the children and their parents and relevant records should be submitted to it within seven days.