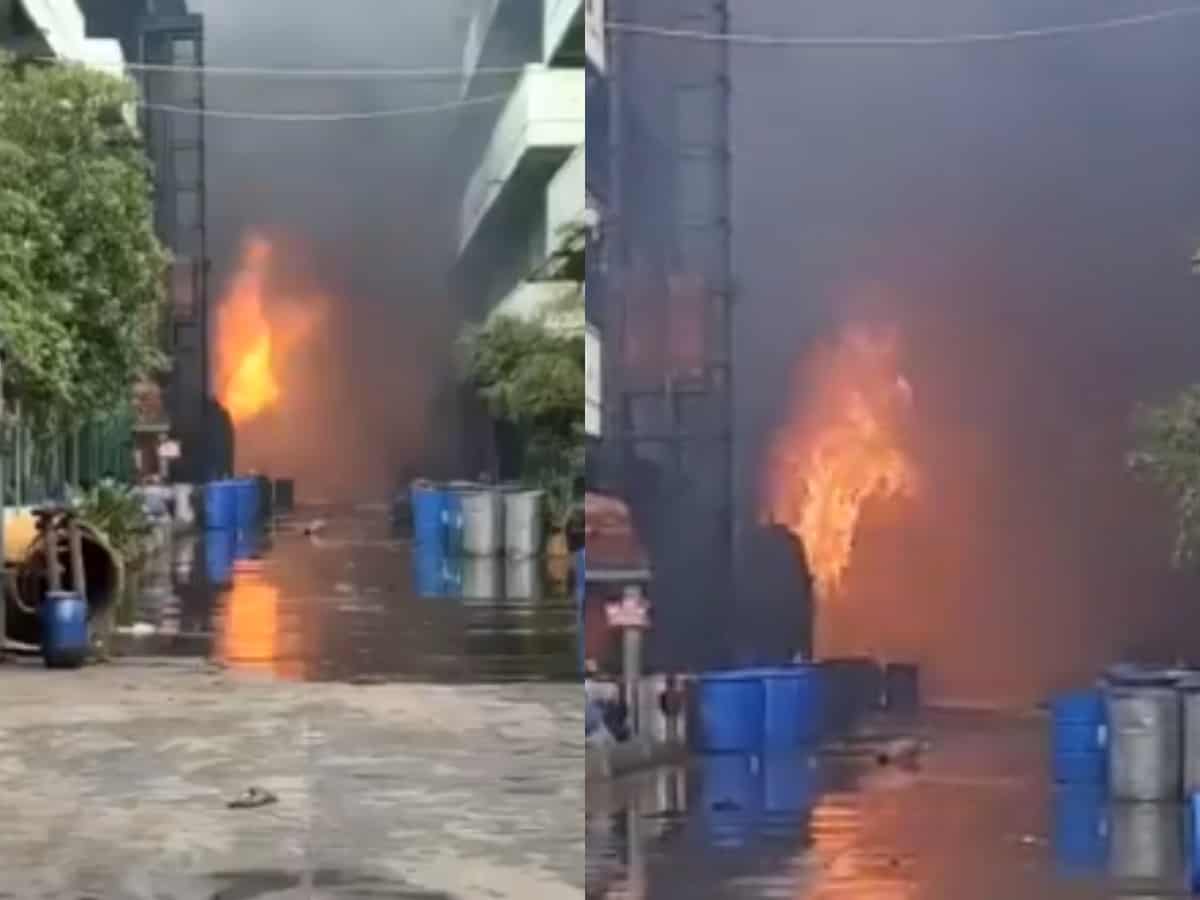 Hyderabad: A major fire broke out at chemical laboratory Nascenes located in the Jeedimetla industrial area in the early hours of Wednesday, injuring at least three people, locals said.

The fire was reported in Nascent Labs around 8 am, after which fire tenders were rushed to the spot. Efforts to put off the fire are underway.

It is known that the fire is caused by a blast in the boiler of the plant. There are 10 reactors, of which 4 are reported to be blasted, leading to a fire. Four fire engines are engaged to douse the fire.

Local sources said that shift in charge Hari Prasad, two other works Arjun and Manish Baski suffered burn injuries and were shifted to the nearby hospital.

Another worker Vijay is said to be missing. No deaths have been reported so far. Further details are awaited.