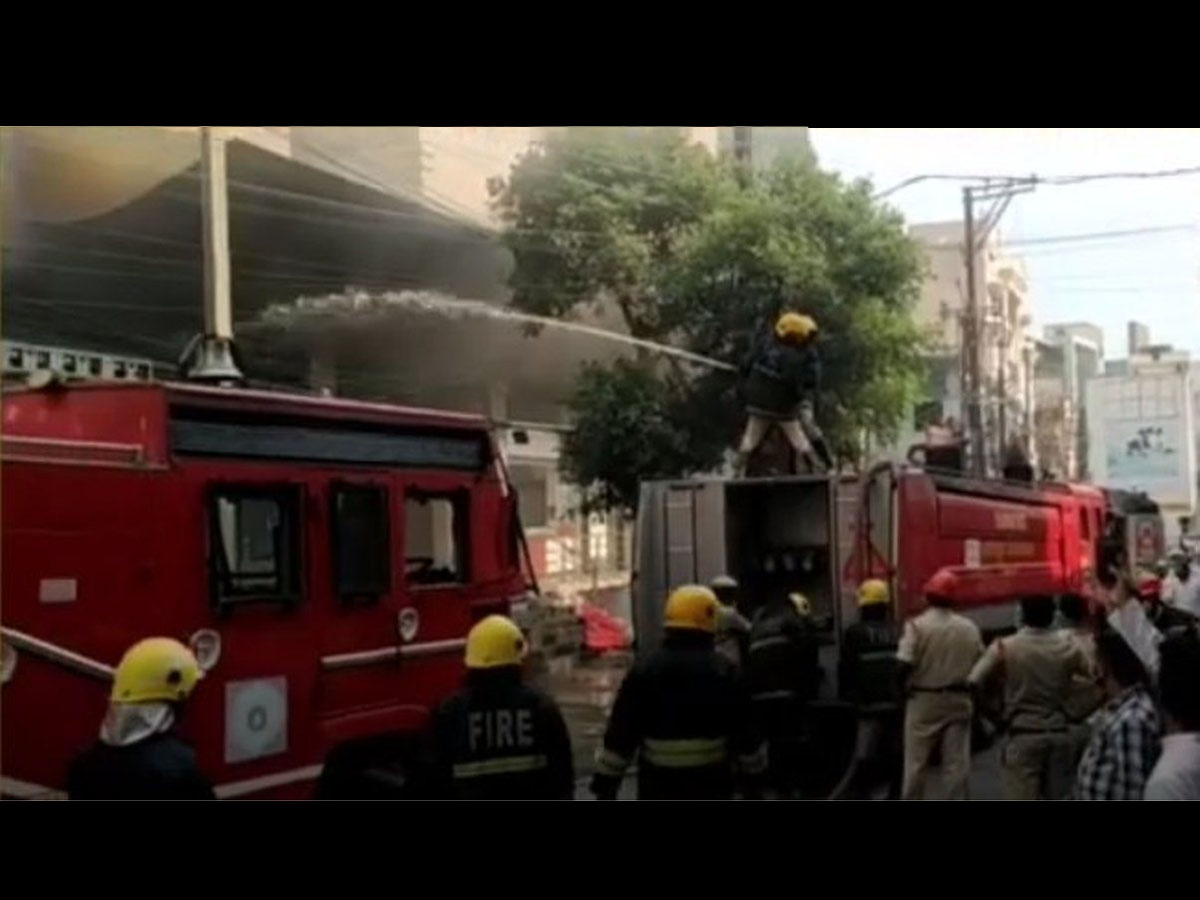 Hyderabad: Fire broke out in a commercial complex located in Hanuman Tekdi in Sultan Bazar area in which six shops were completely engulfed in fire.

According to the residents, the fire broke out at around 8:30 on Monday morning in the Nakoda commercial complex in the Sultan Bazaar area. After receiving the information, fire engines reached the spot.

In the incident, a total of six shops including optical shops and cloth stores were gutted in the fire. While no fatalities were recorded, property loss is estimated to be around 80 lakhs.

Sultan Bazaar Police team reached the spot and enquired about the incident. The police team also helped in easing the traffic jam caused due to the fire.

Sultan Bazaar Police have registered a case in this regard. In the initial investigations, it is being presumed that the short circuit is responsible for the fire accident.

Police are further probing the matter.