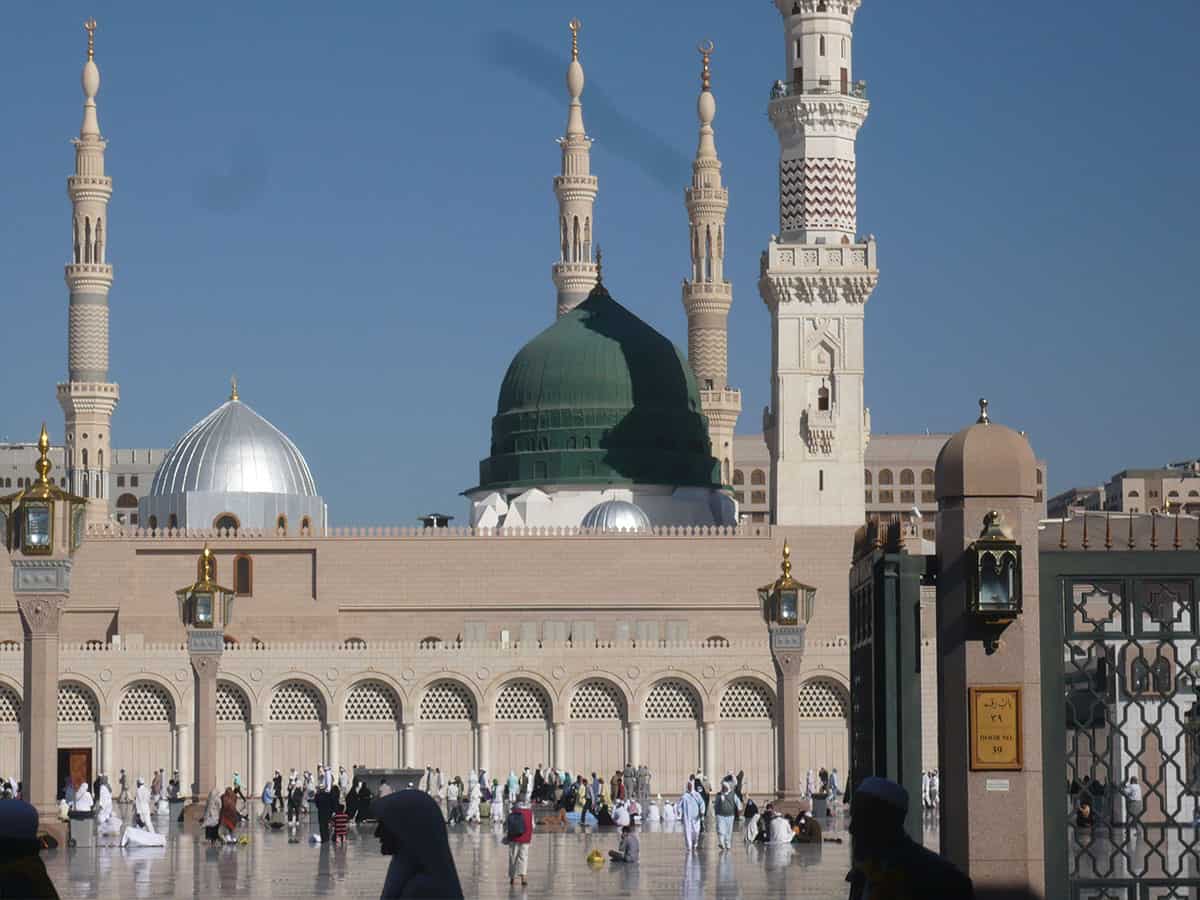 Hyderabad: First of Muharram (the first month of Hijri calendar) is believed to be the day when the Prophet of Islam, Muhammad made his legendary hijrah (migration) from Makkah to Madina.  The historical journey was undertaken exactly 1443 years ago following an increase in persecution by the powerful people in the Holy City.
Hazrat Muhammad, who hailed from the respectable clan of Bani Hashim, grew up as an illiterate orphan in Makkah and was married to an influential businesswoman, Hazrat Khadija.

The powerful pagans of Makkah who were unhappy with the preaching of the Prophet and his increasing popularity started exerting undue pressure on him to stop his religious mission. In spite of unfavorable conditions, the Prophet did not slacken his work.  But following unstinted pressure, he decided to move out of Makkah and go to Madina where he already had some followers.

Hazrat Muhammad had attained prophet hood at the age of 40 years.

Following a few years of struggle in the newly found refuge, the Prophet established the city state of Madina, with clear cut duties and obligations for the Muslims and the non-Muslims, most of whom were the Jews living in the city at that time. According to Maulana Wahiduddin Khan, an Indian scholar, the establishment of the state of Madina, was the first time in history that the people there were officially not forced to adopt the faith of the ruler. They had the option to follow and to not follow Islam.

A theologian of Pakistan origin Javed Ghamidi remarked that it was a form of secular society, as the Jews of Madina (the minority community), were guaranteed freedom to practice their religion and protection of their religious places through a contract, which Mohammed Hijab, a British academic, says was the first-ever written constitution in history.

Shibli Nomani, an Indian expert on the evolution of Islamic history, writes that this was the first time when equality before the law was established and implemented. Giving an example he said even a Caliph (ruler) could lose a case before the court against a Jewish layman.

Furthermore, this was the first time that women were given the right to choose spouse, right to ask for any amount of mehr (marriage gift which could be in the form of cash, gold or jewels), right to ask for khulah (termination of marriage contract on her own), right to political protest, right to remarry, right to inherit property, right to own wealth, right to education, right to work, right to demand a separate house from in-laws and chose not to keep the second name of their husband , according to American scholar, Nouman Ali Khan.

According to political theorist Sayyid Abul A’la Maudoodi, the establishment of the State of Madina was a “perfect revolution in itself, as it entirely transformed the savage Arabian society from top to bottom, from politics to faith, from social customs to the economic system and took the barbaric Arabian society to the pinnacle of civilization in just a few years.” The faith of the Prophet spread across the Arabian peninsula, North Africa and Persia, all the way to the borders of Sindh just a few decades after the death of the Prophet.

Nomani wrote in his book Al-Farooq, that during Madina’s wars with Persia and Rome, the Christians of Syria (Roman province) and pagans of Iraq, a part of Persian Empire, had supported the 2nd Caliph’s armies with food and other supplies. This was the proof that they preferred being under the rule of Islam, as it, according to Nomani provided them with the system of justice they had longed for.

“It was the perfect model of a welfare state which was way ahead of its time,” commented Dr. Israr Ahmed, an Indian born Pakistani scholar, talking about the welfare schemes undertaken by Prophet Muhammad during his reign in Madina.

Maudoodi also wrote that the strong economic system was established by Prophet Muhammad, including the ban of usury and setting up of obligatory charity. The socio-economic system was able to sustain itself, decrease economic inequalities and continued for centuries.

Ghamidi claims that the state of Madina was democratic in nature, as people were allowed to freely criticise the Caliph, and the Caliph was elected through a process of recommendation, discussion, and allegiance by the people. He cited the example of the Prophet not appointing anyone as his successor before his death, and letting the people decide amongst themselves whom to elect as their leader.

Prophet Muhammad is credited for abolishing discrimination based on race, ethnicity, economic background and language, and establishing “universal brotherhood”, according to Malcolm X, American civil rights and racial equality activist.

Thomas Carlyle described Prophet Muhammad as a ‘Hero’ in his book Muhammad: The Hero as Prophet, in which 18th-century Scottish historian went on to great lengths to praise the strength, sincerity, and genuineness of Prophet Muhammad, arguing that these qualities enabled his leadership and dissemination of Islam.

Twentieth  century, Austrian journalist, Leopold Weiss, later known as Muhammad Asad, wrote that the turbulent times that the Muslim world is going through is because of the degeneration within and too much of reliance on the achievements of their ancestors.

The month of Muharram is also the month, in which the unfortunate martyrdom the grandson of the Prophet, Hussain took place at the hands of the tyrant Yazid. This happened on 10th of Muharram in Karbala.