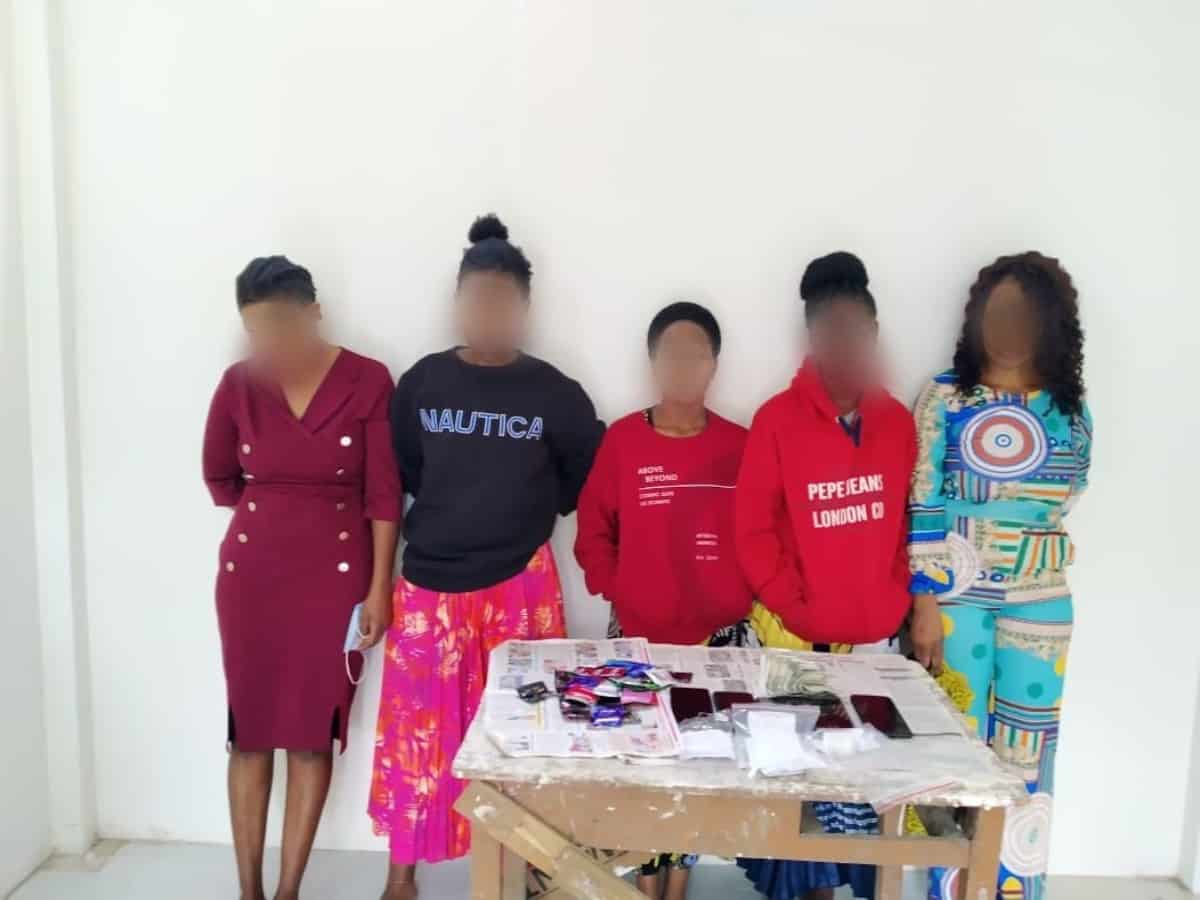 Hyderabad: An online international human trafficking and drugs racket was busted in Hyderabad with the arrest of five Ugandan women, police said on Friday.

The Anti-Human Trafficking Unit (AHTU) of Rachakonda police busted the racket by acting on credible information that some persons running the online prostitution business through the ‘Locanto dating app’.

The accused were uploading semi-nude pictures of young girls and collecting the money from customers through online means or by hand.

The ATHU and Chaitanyapuri police jointly organised a decoy operation. The decoy customer contacted the mobile number on Locanto website, and a woman, identified as Nassali Milly, said that three Ugandan girls are available with charges ranging from Rs 5,000 for one hour to Rs 14,000 for the night.

The decoy customer bargained an amount for the three girls and sent his location to the woman through Whatsapp. When the three victims, along with two accused women, reached at the given location in Dilsukh Nagar by a taxi, the decoy team apprehended them and seized banned narcotics drugs from them

According to police, all Ugandans were illegally staying in India after expiry of tourist visas.

They were booked under various sections of the Indian Penal Code, the Prevention of Immoral Trafficking Act, the Foreigners Act, the Narcotics Drugs and Psychotropic Substances Act and the Passports Act.

According to police, Milly had come to India on a tourist visa in December last year and was staying in Mumbai. In March this year, she came to Hyderabad. She had some health issues and since she did not have money for her treatment, she, along with Florence, began a prostitution business by calling three victims from Uganda.