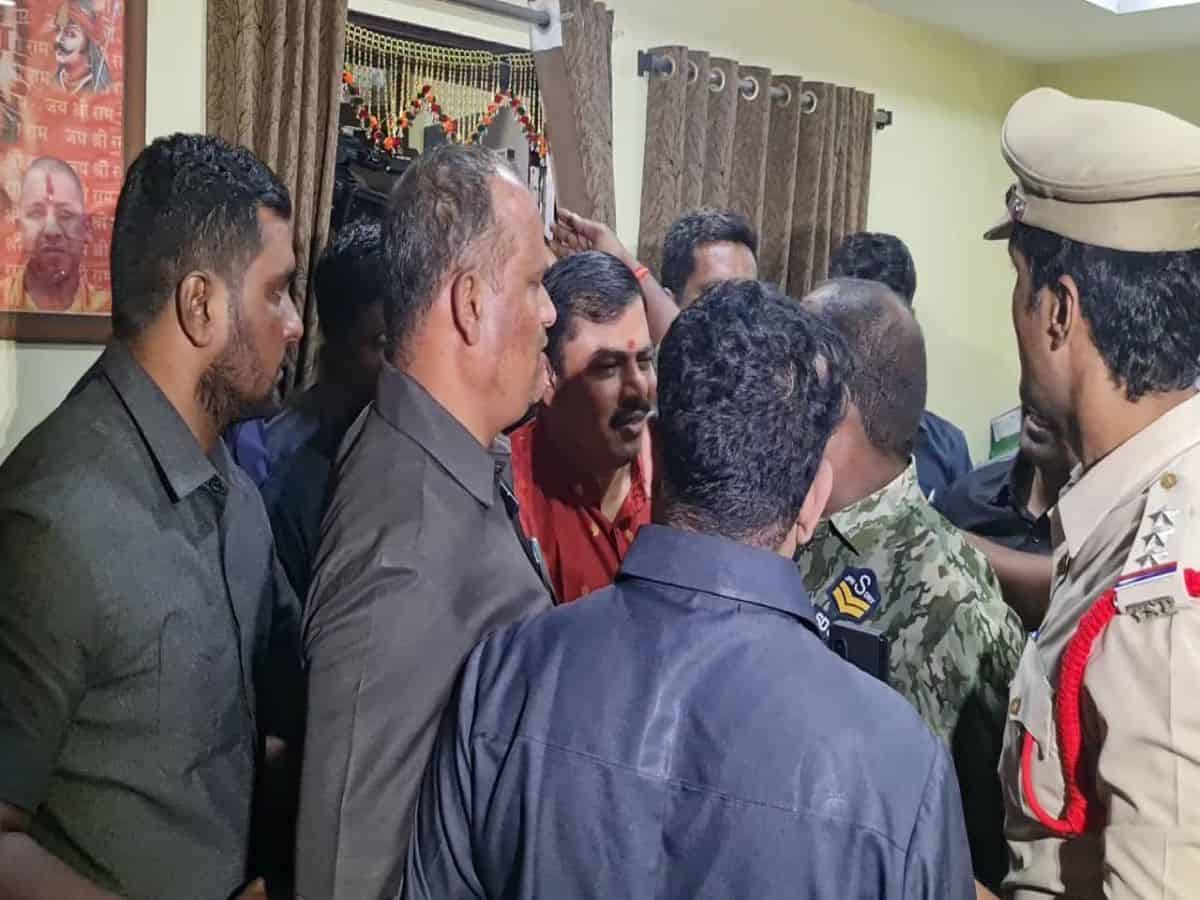 Hyderabad: BJP leader MLA T Raja Singh, minutes before his arrest by the city police, said that for “every action there is a reaction”. The legislator was booked and taken into custody for trying to communally flare up religious sentiments through derogatory remarks against the Prophet Mohammed, which he released in a video and called it “comedy”.

In a video, Raja Singh said in many police stations people are making complaints against him. “In one police station a case is booked on me. Why is it booked? Is our Lord Ram not important for us, is Sita Devi not important? With folded hands I requested the DGP Telangana and Hyderabad commissioner of police not to allow Munawar Faruqui, a person who hurt our religious sentiments,” he said.

The BJP MLA also attacked state IT minister KT Rama Rao whether “they are worthless” and why Munawar Faruqui “who abused our Gods” was welcomed and provided security for his show in Hyderabad last week.

“As already said I did a program on Youtube. It is unfortunate Youtube Company deleted the video. I will do the second part and release it soon,” Raja Singh said. He tried to clarify saying he did not take anyone’s name in the video. “First religion, then politics for me. I am ready for arrest, jail and whatever,” the BJP MLA said.

The MLA previously said if Munawar Faruqui is allowed to hold a show, he too will hold a comedy show on 22 August. However, the police failed to take his remarks seriously.

A heavy police deployment was made by the Hyderabad police in Mangalhat following protests against him on Tuesday morning. Policemen in riot gear were present in huge numbers were put up to prevent any untoward incident following the arrest of Raja Singh.