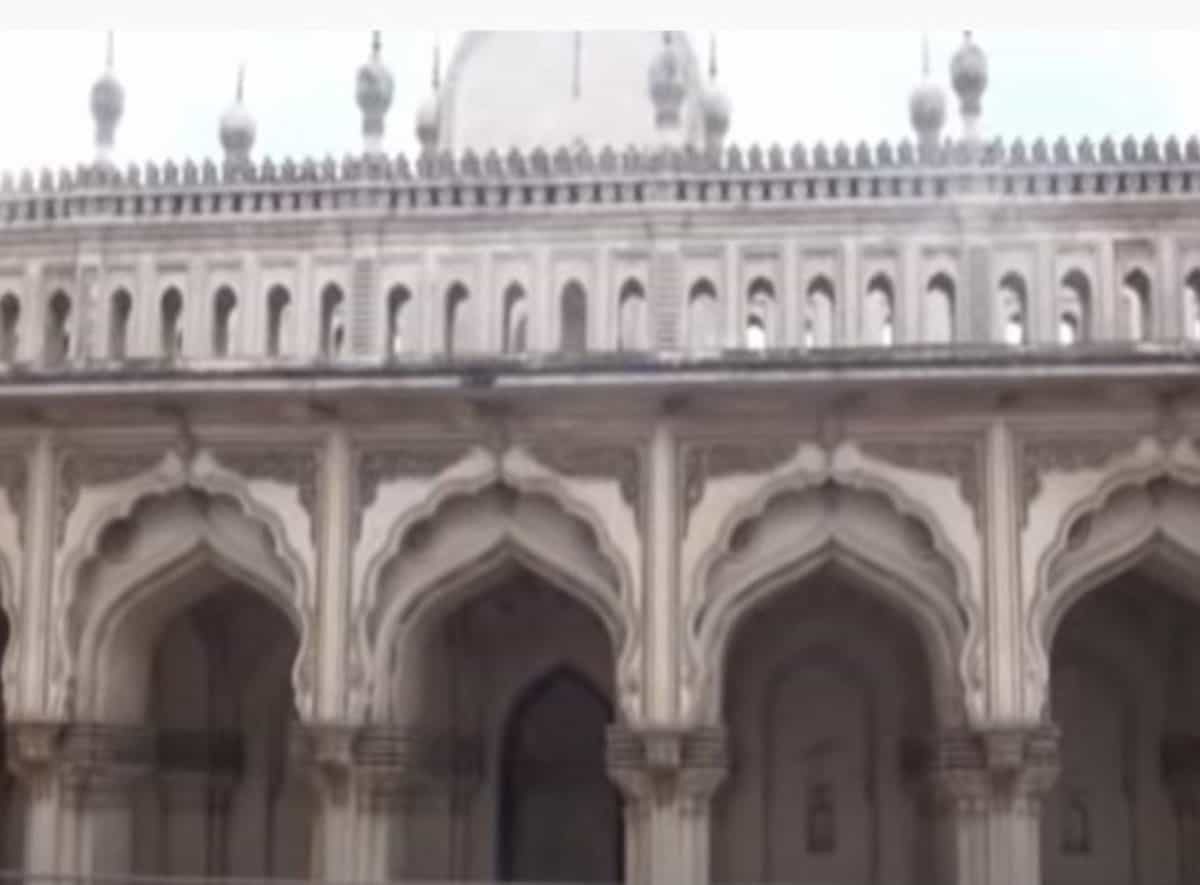 Hyderabad: In response to a representation seeking permission for prayers in Charminar’s mosque, the officials of the Archaeological Survey of India (ASI), Telangana expressed their inability to grant such permission and advised them to contact ASI officials in Delhi for such permission.

Kumar informed Khan in writing that neither he nor other officials have the authority to open the mosque for prayers. He advised Khan to contact ASI in Delhi.

Rashid Khan had submitted an RTI application to ASI seeking some information and the authorities agreed to send him answers soon.

“We will make representation with ASI in Delhi seeking permission to offer prayers at Charminar’s mosque,” said Rashid Khan.

The Congress leader appealed Telangana Waqf Board to intervene in the matter. He wrote a letter to Waqf Board Chairman Mohammed Saleem requesting him to make efforts to rehabilitate Charminar mosque like other mosques. “Waqf Board must convene a meeting with ASI Officials to seek their permission to establish prayers in the mosque,” Khan said.

The first floor of Charminar was used as a madrasa during the Qutub Shahi period. The second floor has a mosque on the western side, the dome of which is visible from the road if one stands some distance away.

One of the oldest mosques in Hyderabad

This is one of the oldest mosques in the city constructed by Mohammad Quli Qutub Shah in 1590-91. This monumental mosque is regarded as one of the most beautiful mosques the Qutub Shahi artisans ever built.

The mosque has 45 prayer spaces with a large open area in front of the mosque. The main prayer hall is divided into four sections with interwinding arches on all sides.

Built with lime-mortar and granite, every section of the mosque is exquisitely carved. The mehrab, from where the imam leads the prayer, is made of black stone and is intricately designed and neatly polished, representing traditional Islamic architecture.

There are 40 arches in the mosque on all four sides. On the eastern side, a bulb shape dome crown stands on the main entrance arch of the mosque. It was from here that the Azaan was being called and the voice of Azaan would reach out to a distance of about half-a-kilometre on all sides.

An Arch carved beneath the dome adds to the beauty of the mosque. The mosque is surrounded by a boundary with windows identical in size.