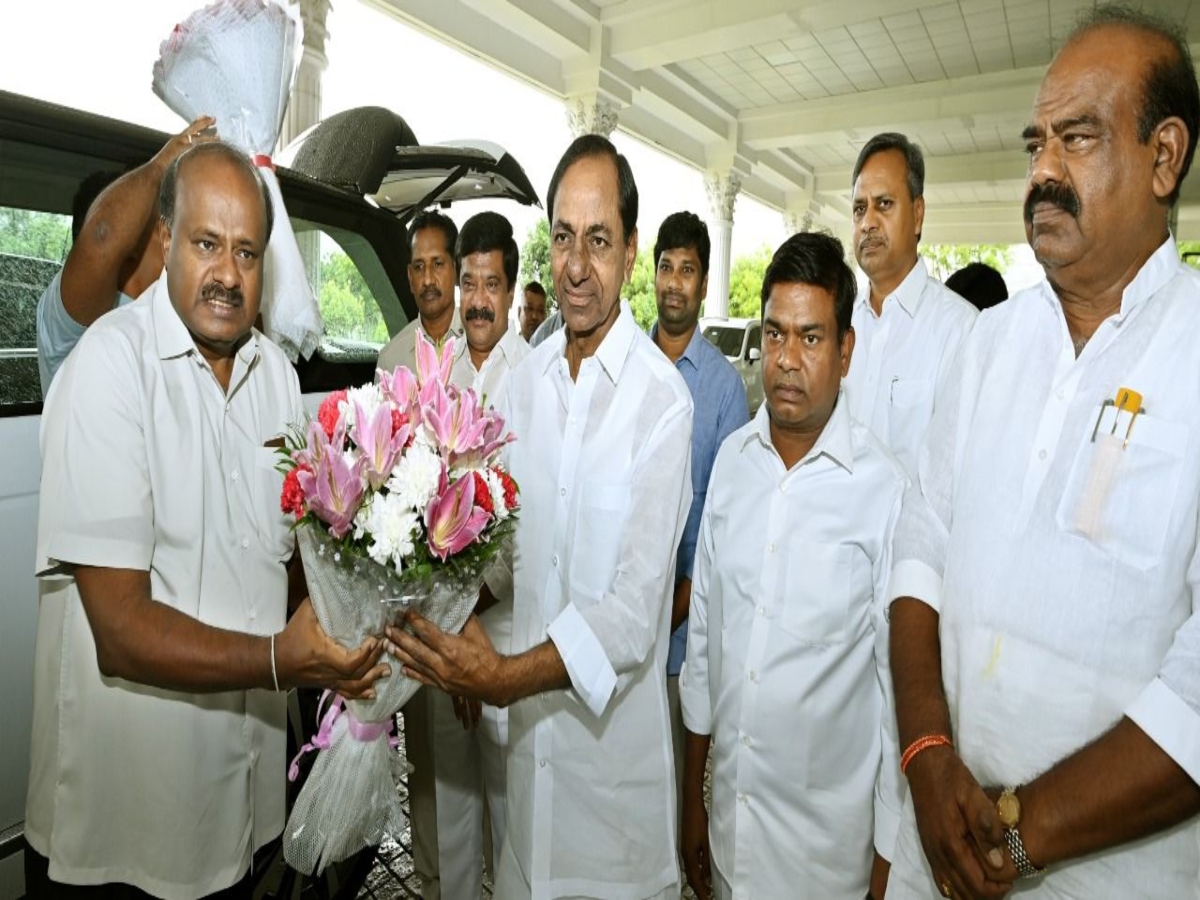 The two leaders are expected to discuss national politics. Kumarswamy initiated the discussion on the role of regional parties in national politics and KCR’s role in the same. The Telangana chief minister will speak of the development in Telangana, according to reports.

The meeting between the two comes at a time when the Telangana chief minister is seeking support from all opposition parties to come up with an alternative to the Bharatiya Janata Party (BJP) at the Centre.

Earlier this month KCR was in Bihar to meet the chief minister and Janata Dal (United) chief Nitish Kumar, where the two discussed the possibility of a coalition and who could be the leader of the opposition ahead of the 2024 general elections.

It is to be noted that KCR is also pondering the launch of a national party in the near future.