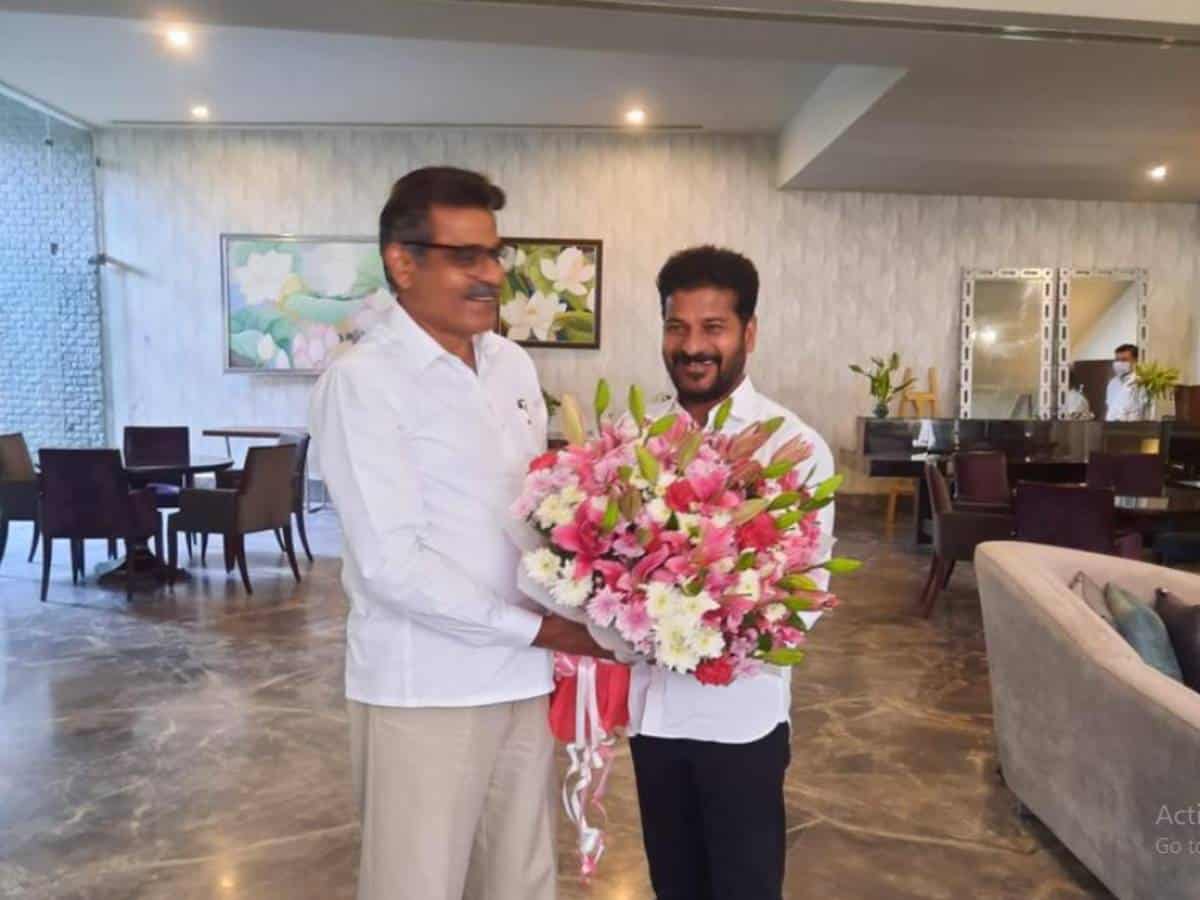 Hyderabad: Former Lok Sabha member from Chevella parliamentary constituency Konda Vishweshwar Reddy is likely to stage a comeback to the Congress soon, after a gap of four months, reports said.

Newly-appointed Telangana Pradesh Congress Committee (TPCC) president A Revanth Reddy, who has been meeting all the seniors of the party and also those who had been staying away from the party one after the other for the last few days, met Konda at the latter’s residence on Tuesday evening.

However, in a tweet on Wednesday Konda clarified that he would not join the party. “I congratulated him, told him that a strong INC in Telangana is good for democracy in Telangana. When in INC I felt he was the best person to take on KCR (sic),” he said.

“We discussed other points,” Konda added.

After the Congress party’s debacle in the Nagarjunasagar by-elections, Konda resigned from the party. He wrote a letter to then TPCC chief N Uttam Kumar Reddy stating that he wanted to keep away from the party politics for some time. He also informed his followers in Congress that he was quitting the party.

Though there were reports that the former MP would join the Bharatiya Janata Party, he denied the same. “I have decided to keep away from the Congress party for a few months. I will take a call later as to which party I would join after four months,” he had said.

Konda joined active politics before the 2014 elections and won the Chevella seat on the Telangana Rashtra Samithi ticket. However, he could not withstand the hegemony of the TRS bosses and quit the party before 2018 elections.

He joined the Congress and contested the Lok Sabha elections from Chevella in April 2019, but lost to TRS candidate Ranjith Reddy with a slender margin. He has been aggressively attacking the TRS on various issues since then.

However, even after quitting Congress, he has been in touch with Revanth Reddy for quite some time. Very recently, he even went to the residence of former TRS minister Eatala Rajender along with Telangana Jana Samithi leader M Kodandaram and tried to convince him to float a new party, along with Revanth.

But with Eatala joining the BJP and the TPCC top post adorning Revanth, it seems Konda is left with no alternative but to return to Congress to sustain his political career.