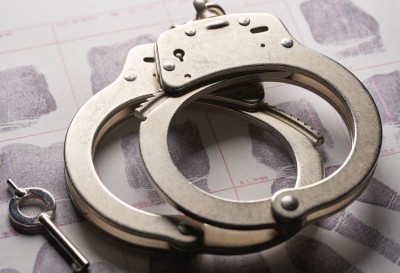 Hyderabad: The Rachakonda police on Wednesday detained an inter-state fraudster along with a Nigerian national under the PD Act who was allegedly helping a Nigerian gang cheat people. A native of Delhi, Anil Kumar Pandey, was allegedly involved in duping people in the guise of providing them foreign funds and marriage alliances.

The police stated that the accused is originally from Bihar state and immigrated to Delhi to earn livelihood. He worked as a security guard earlier in hotels and restaurants. He had come in contact with Nigerian nationals who used to give their credit/debit cards for withdrawing money on commission basis.

The Nigerians gave 10% of the total money withdrawn to Anil. Many Nigerians fraudsters came in contact with Anil, including Fidelis Obinna. Subsequently, he quit his security job and joined the Nigerian gang, said a press note from the police.

After learning about how to manipulate credit/debit cards through his friends, Anil allegedly started a shop in the name of “Komal Kirana Shop”in West Delhi and procured many bank account details from his friends. When the Nigerian accused transferred the fraud amount to his account, he withdrew the funds from his account and handed over the same to the other accused after deducting 10% cut, the release added.

The accused allegedly cheated many people all over the country and amassed an amount of Rs 24, 50,000, according to Rachakonda police.

To prevent the accused from indulging in such criminal activities and to preserve public order, Rachakonda Commissioner, Mahesh M Bhagwat invoked detention orders under the PD Act against him and sent him in central prison, Cherlapally.