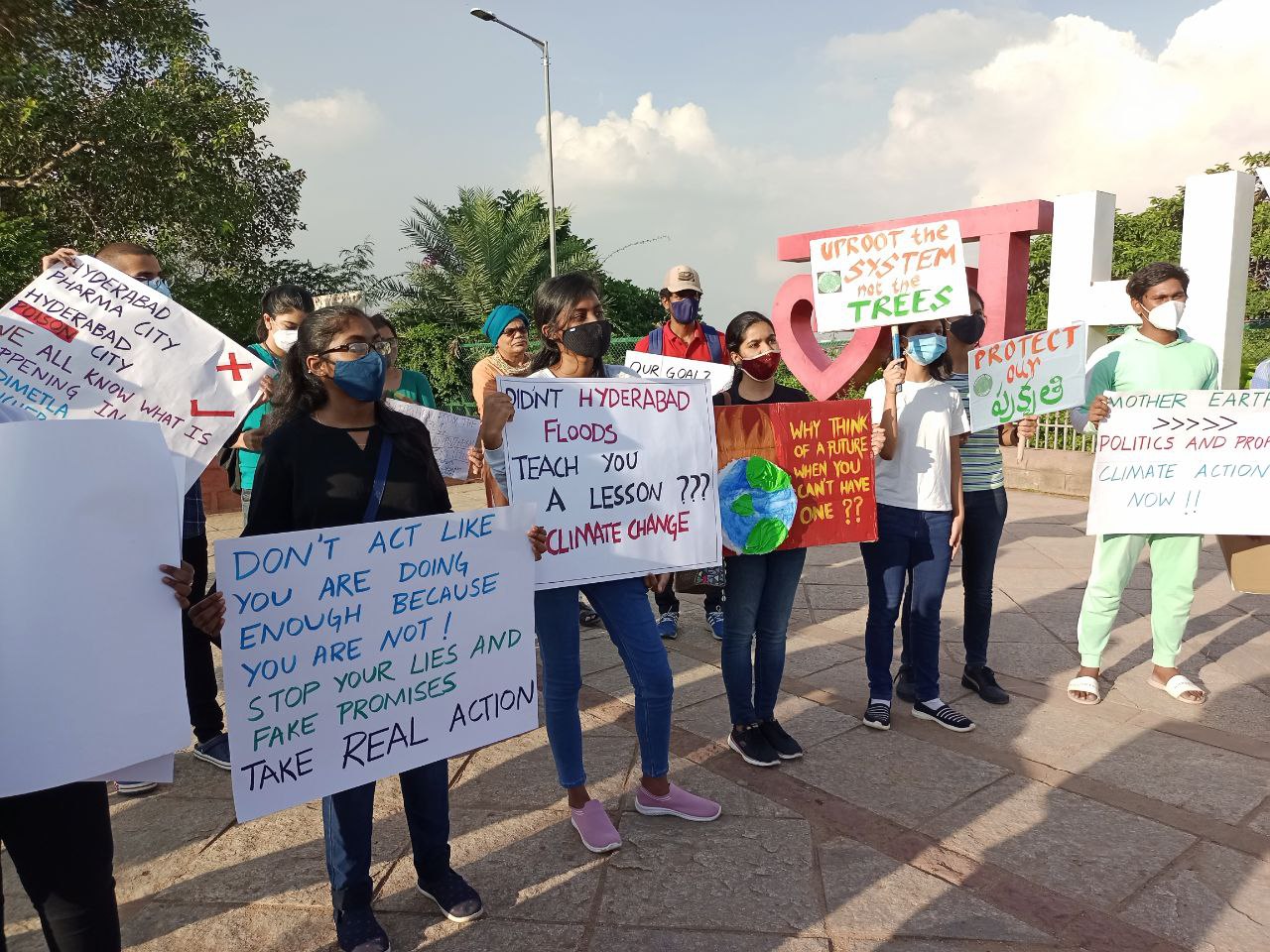 Students, environmentalists, and climate concerned activists held a strike today to protest for Climate Justice. The ‘Global Climate Strike’ is an extension of the Fridays For Future movement started by Swedish teenage climate activist Greta Thunberg.

The young protesters on Friday opposed the establishment of state government’s pharma hub which is being set up in Yacharam as Hyderabad pharma city. They raised the slogan – “What do we want?-Climate Change; When do we want it? Now!”

Chetana, a student from NLU Shimla, spoke about the general apathy concerning lakes in Hyderabad. She raised her concern over it and said the deteriorating condition of lakes in the city is a grave matter of concern.

Professor and climate activist Narasimha Reddy, while addressing the gathering, stressed the need to bring down emissions. He said despite being under tremendous pressure from science, the government is moving in an unscientific way, not acting on the rising emissions and temperature.