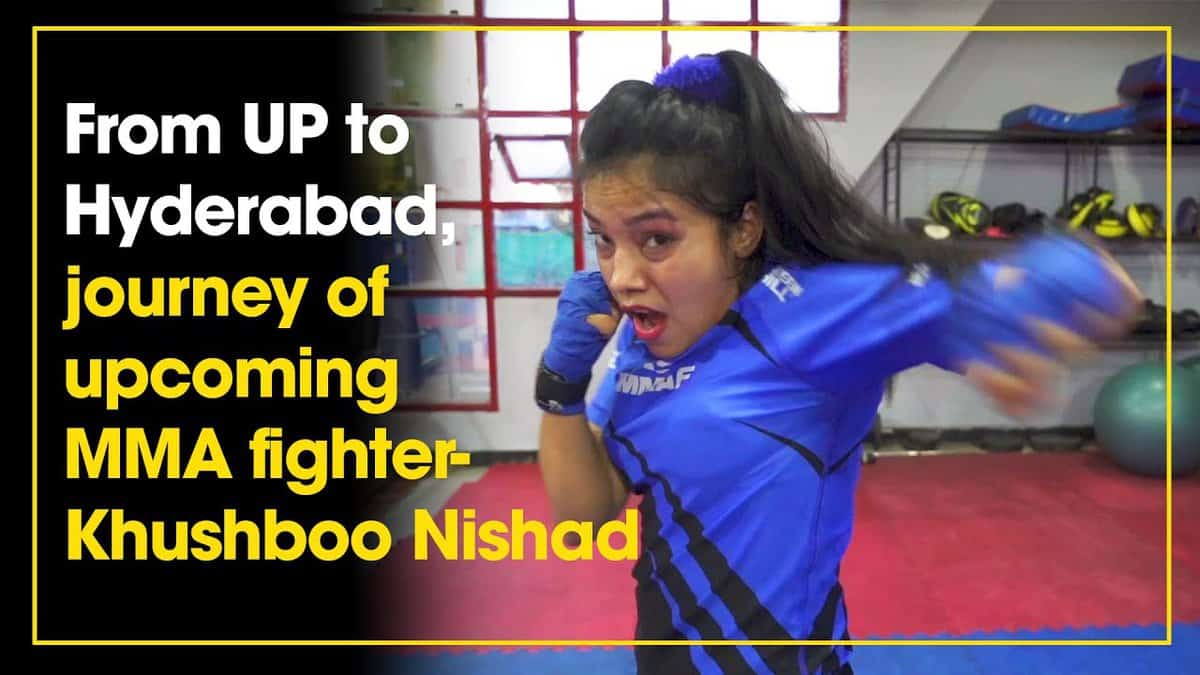 Leaving her home and family behind in Uttar Pradesh, 23-year-old Khushboo Nishad secretly travelled to Hyderabad two years ago under the guise of a job transfer to become a mixed martial artist. Within a short period of time, she earned a silver medal at a national-level amateur Mixed Martial Arts (MMA) tournament.

A native of Allahabad, Khushboo has been practising different forms of martial arts for about 11 years now. She started with Judo at the age of 12, moving on to master the South Korean art of Taekwondo for another three years. Khusboo’s father taught her Karate.

Mastering different styles of fighting consequently developed her interest in the fastest-growing combat sport- Mixed Martial Arts. Khushboo said she tried learning MMA in UP, however,”I couldn’t find the level of training I was looking for,” she told Siasat.com.

She started her own research, some ‘asking around,’ and concluded that the best training she could find was in Hyderabad under the guidance of Sheikh Khalid. Moreover, Khalid taught MMA in a traditional form.

Khusboo never told her family about her dream to become a mixed martial artist. “I worked for Radisson in Ludhiana for eight months in order to save money and persue my goals,” she added.

Knowing very well her family would not allow her to go to Hyderabad, Khusboo told them she was transferred to the city of pearls by her company.

Narrating an incident that led to this decision Khushboo said, “One day my father saw a video where I was punched on my face by my coach. Disturbed, he immediately called me back.”

Khusboo was studying at Amity University, Lucknow at that time.

To keep her father happy, Khusboo studied hard and secured a top rank in her college. However, she still nourished the dream of becoming a mixed martial artist.

“I am extremely grateful to the person who recommended Sheikh Khalid to me. I have learned so many new things here,” she concludes adding that she has fallen in love with the city.