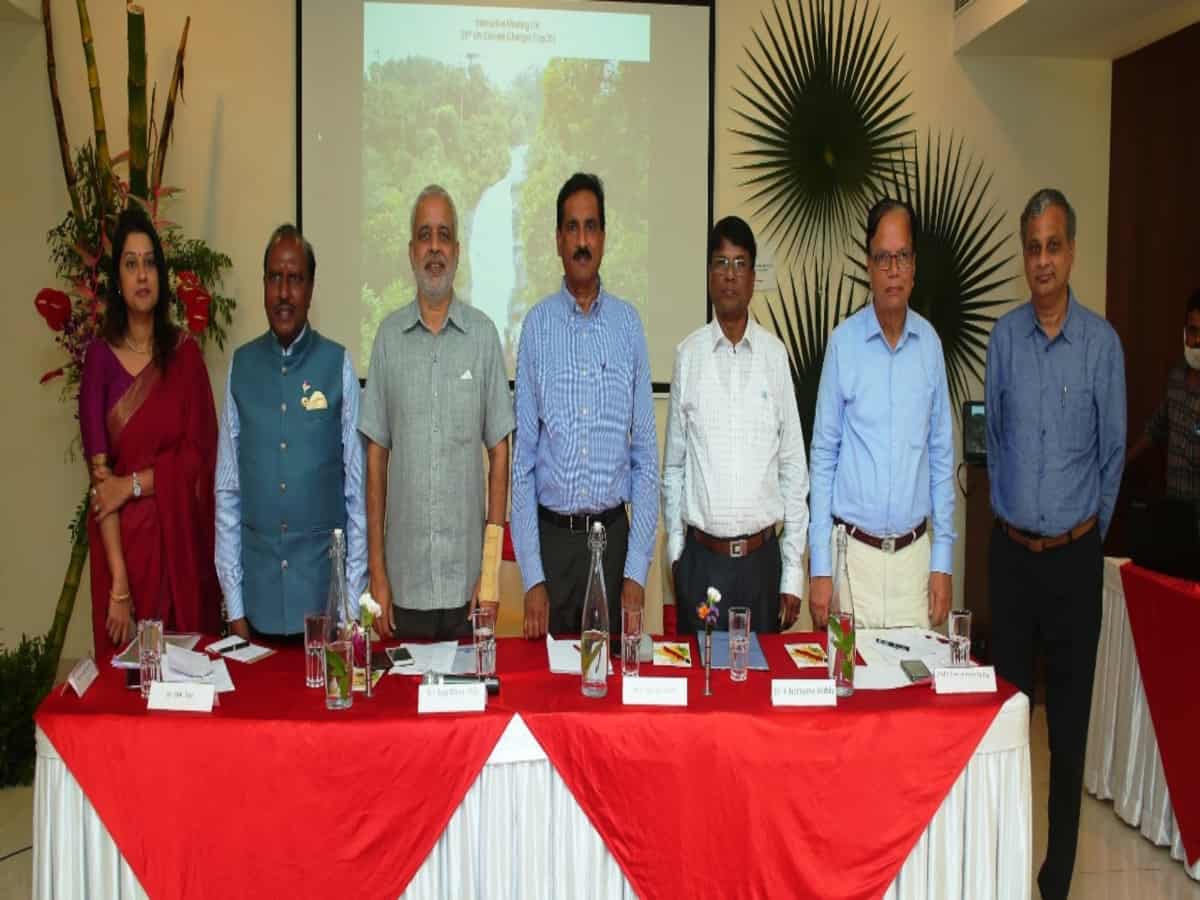 Hyderabad: K. Bhasker Reddy, president of the Federation of Telangana Chambers of Commerce and Industry (FTCCI) on Friday called upon the industry to be responsible for achieving a reduction in carbon emissions and switching to renewable energy sources as soon as possible.

Speaking at a conference organized by the FTCCI to engage the industry to meet the goals of COP 26, in which Prime Minister Narendra Modi has given a five-pronged strategy for India and finally committed to a Net Zero-emission target by 2070, Mr. Bhaskar Reddy said that India played a major role in impressing upon the countries of the world to the need for controlling the climate change in the recently concluded  COP26 a UN Climate Change Conference held at Glasgow UK.

He further stated that India has also committed to getting 50 percent of its energy from renewable resources by 2030 and to reduce total projected carbon emissions by one billion tonnes. Expressing happiness that the persistent gap in emissions has been clearly identified and parties have collectively agreed to work to reduce that gap, he called upon the industry and other stakeholders to play a vital role to help in achieving the goal.

Prof. K. Purushottam Reddy, environmentalist, who presided over, said that industrialists should go through the book “Our Common Future” which talks about the emerging global crisis part and how the States should go about it. “India is committed to cutting the greenhouse gas emission intensity of its GDP by 33 to 35 percent below 2005 levels by 2030 and limiting global warming to well below 2 degrees preferably to 1.5 degrees Celsius, compared to pre-industrial levels,” he added.