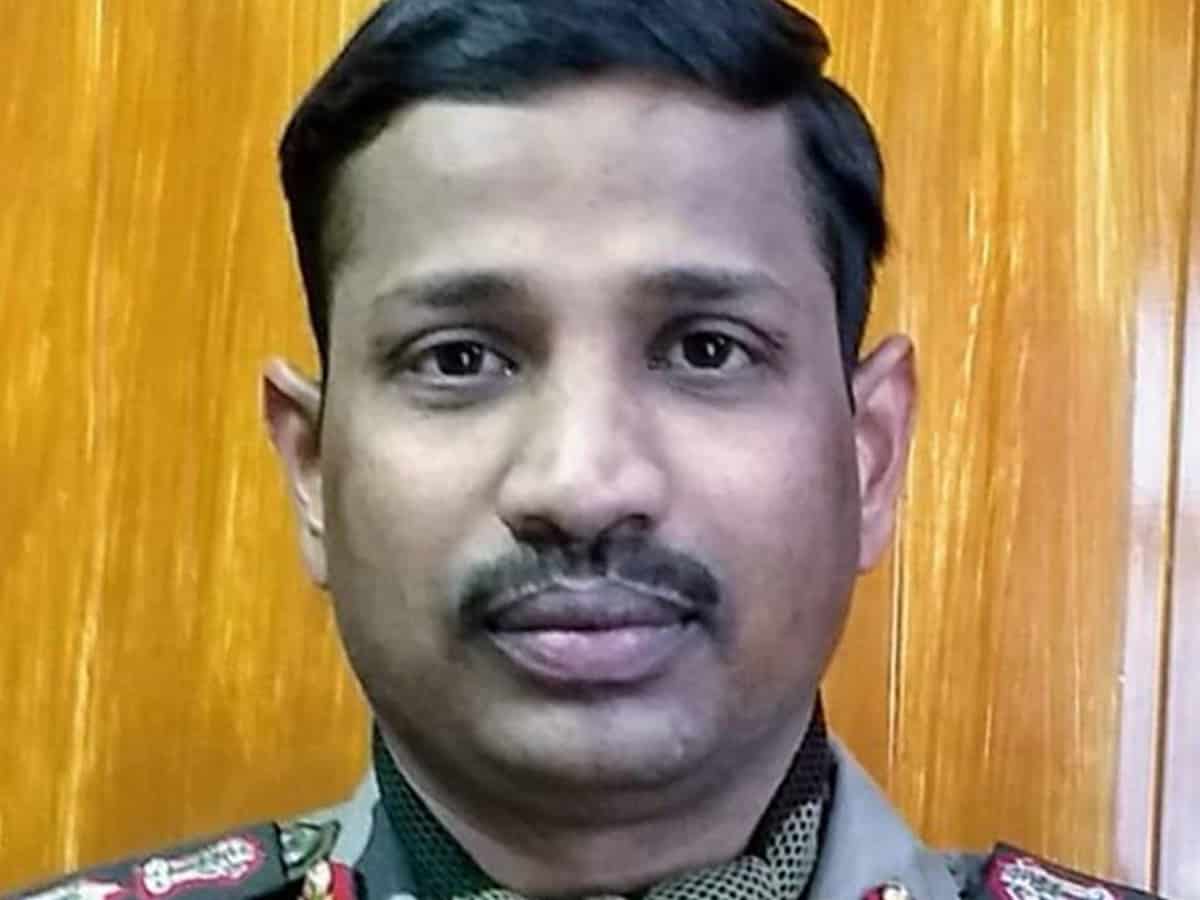 New Delhi: Colonel Bikumalla Santosh Babu, the commanding officer of the 16 Bihar regiment who led from the front against the Chinese attack in eastern Ladakh’s Galwan Valley in June last year, was on Tuesday posthumously awarded Mahavir Chakra by President Ram Nath Kovind for displaying exemplary courage during the hand-to-hand combat.

Babu’s wife B Santoshi and mother Manjula received the award at a ceremony attended by Prime Minister Narendra Modi, Defence Minister Rajnath Singh and the top military brass of the country.

Havildar Tejinder Singh of the 3 Medium Regiment, who was part of the Indian Army team at Galwan Valley clash and survived the combat, has also been conferred with the Vir Chakra award.

In February, China officially acknowledged that five Chinese military officers and soldiers were killed in the clashes with the Indian Army though it is widely believed that the death toll was higher.

One crore cash seized from a car in Cyberabad

The Rashtrapati Bhavan, in a tweet, said Col Babu displayed exemplary leadership, astute professionalism and conspicuous bravery in the face of the enemy and made the supreme sacrifice for the nation.

Colonel Babu, despite being grievously injured, led the Indian troops from the front with absolute command and control despite hostile conditions.

He valiantly resisted the enemy attack till his last breath, while inspiring and motivating his troops to hold ground, during the ‘Operation Snow Leopard’.

The citation said Col Babu has been awarded the Mahavir Chakra for displaying “exemplary leadership, astute professionalism and supreme sacrifice” in the line of duty.

The Indian Army has built a memorial for the ‘Gallants of Galwan’ at Post 120 in eastern Ladakh.

The memorial mentioned their heroics under ‘Operation Snow Leopard’ and the way they evicted the Chinese People’s Liberation Army (PLA) troops from the area while inflicting “heavy casualties” on them.

Naib Subedar Soren, who was part of the 16 Bihar Regiment, led his column and resisted the enemy’s attempt to push back the Indian soldiers while establishing an observation post, according to official details.

He organised his column, countered the adversary forcefully and stopped them in their attempt to push back Indian troops.

Soren displayed raw courage, fighting with a resolute spirit before succumbing to his injuries.

Havildar Palani stood bravely and tried to defend his comrades even when the enemy attacked him with a sharp weapon.

His act of valour inspired other fellow soldiers to fight fiercely and resist enemy aggression. In spite of his grievous injuries, he continued to hold his ground resolutely and laid down his life for the motherland, according to the details.

Naik Deepak Singh, who too belonged to the 16 Bihar regiment and was performing duties as a nursing assistant, played a pivotal role in rendering treatment and saving the lives of more than 30 Indian soldiers.

Sepoy Gurtej Singh, who was from the third battalion of the Punjab regiment, successfully spotted the enemy troops while establishing the observation post.

Singh displayed raw courage and exceptional combat skills in resisting the enemy troops and kept fighting even after he was seriously injured, according to the official accounts of the clash.

Several other armed forces personnel were also honoured at the ceremony held at the Rashtrapati Bhavan.

Notable among them was the Shaurya Chakra awarded posthumously to Major Anuj Sood of the 21st Battalion, Rashtriya Rifles.