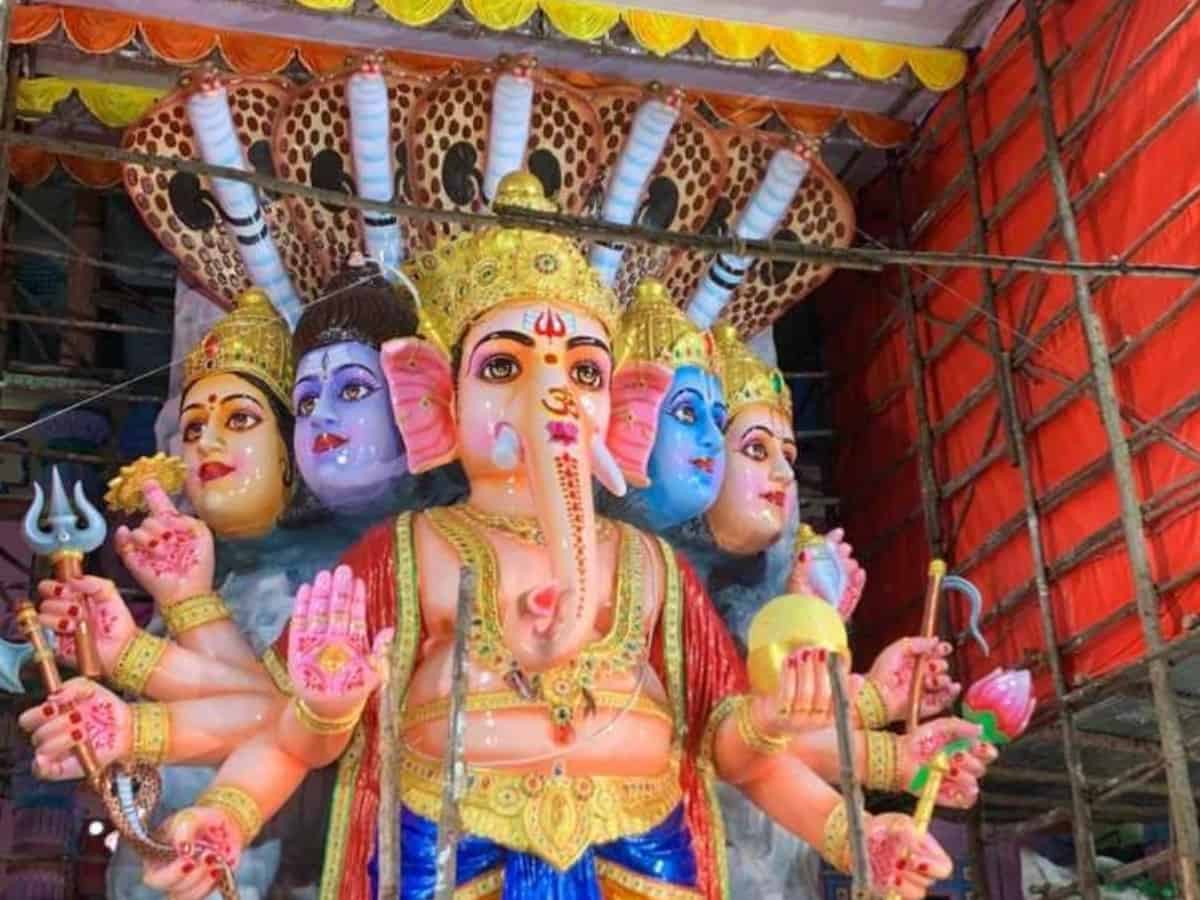 Hyderabad: Traffic restrictions which were imposed due to the final day of Ganesh immersions have been eased on today, after the main 40-feet Khairatabad idol was finally immersed on Monday morning.

On Tank Bund, the traffic is now open and running both ways, whereas NTR Marg is open for traffic from Telugu Talli junction and Khairatabad flyover. Except PVN Marg which is closed for traffic, all the other routes are open for traffic.

On Sunday, thousands of devotees participated in the processions across the city while about 27,000 security personnel were deployed as part of the elaborate arrangements for the smooth and peaceful conduct of the annual rituals.

Amid chanting of slogans, devotees carried thousands of idols to Hussain Sagar lake and more than 50 other lakes and ponds in and around the city.

Director General of Police M. Mahender Reddy monitored immersion processions in Hyderabad and other parts of Telangana from the state command and control center.