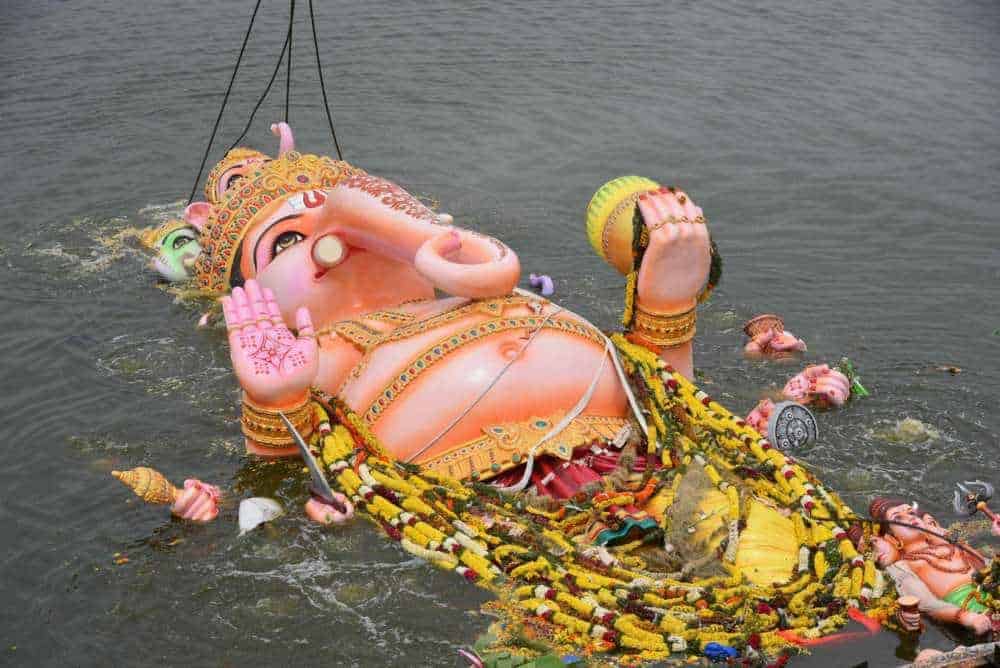 Hyderabad: The Telangana Government’s Special Chief Secretary for Municipal Administration Arvind Kumar has undertaken a tour with police and GHMC officials to review COVID-19 protocols on the occasion of Ganesh Visarjan at Hussain Sagar. Police Commissioner Anjani Kumar and other officials participated in the tour.

The state officials will make proper hygiene and traffic arrangements and ensure observance of the COVID-19 protocols during the festival.

In keeping with the High Court ruling, the State government has made arrangements for Visarjan around the city suburb lakes.

The Greater Hyderabad Municipal Corporation had also set up 24 artificial lakes to facilitate the Idol immersion for the local people.