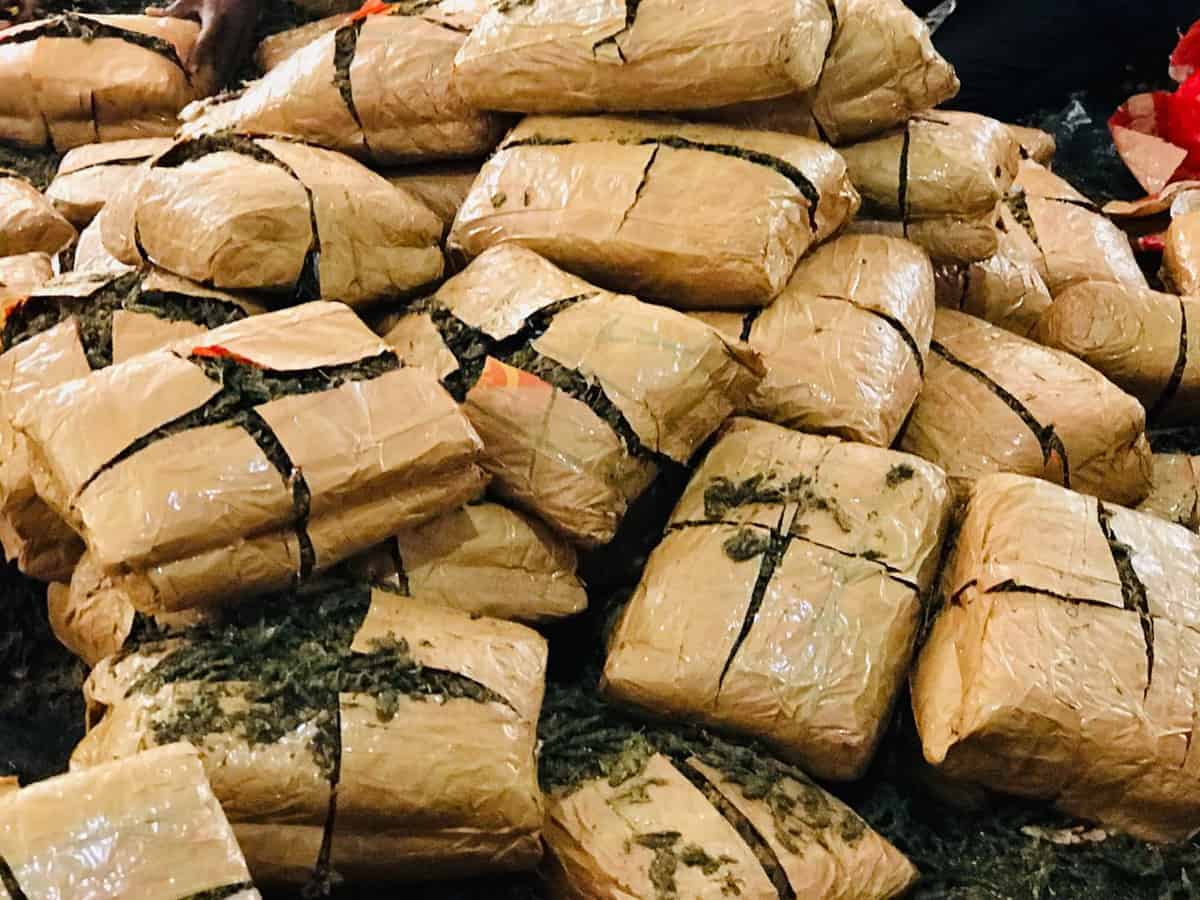 Hyderabad: Prohibition and Excise department of Telangana on Thursday seized ganja (marijuana) estimated to be worth Rs 1 crore in Medchal district near Hyderabad.

An official said 462 kg ganja being transported in two cars was seized near Kowkur in Jawahar Nagar and four persons were arrested.

Medchal district excise deputy commissioner David Ravikant told reporters that the contraband was seized when it was being transported from Andhra-Odisha border area to Maharashtra.

Those arrested have been identified as Mohammed Fareed, Ismail, Sachin Chawan and Baswa Raju. He said they registered a case and took up further investigation.

This is the latest in the series of seizure of ganja and other drugs by the excise and police in and around Hyderabad during the last few days.

The department launched an intensive campaign to curb the drug menace on the direction of Chief Minister K. Chandrasekhar Rao last month.

On October 30, two drug peddlers were arrested and 110 kg of ganja was seized from their possession in LB Nagar. The contraband, estimated to be valued at Rs 18.50 lakh, was being transported from the agency area in Visakhapatnam district of Andhra Pradesh to Nagpur via Hyderabad.

Earlier, about 72 kg ganja was seized and four persons were arrested by police in two different raids in Hyderabad Police Commissionerate limits.

Hyderabad, Cyberabad and Rachakonda Police, which cover Hyderabad and suburbs, are carrying out a special drive against narcotics.