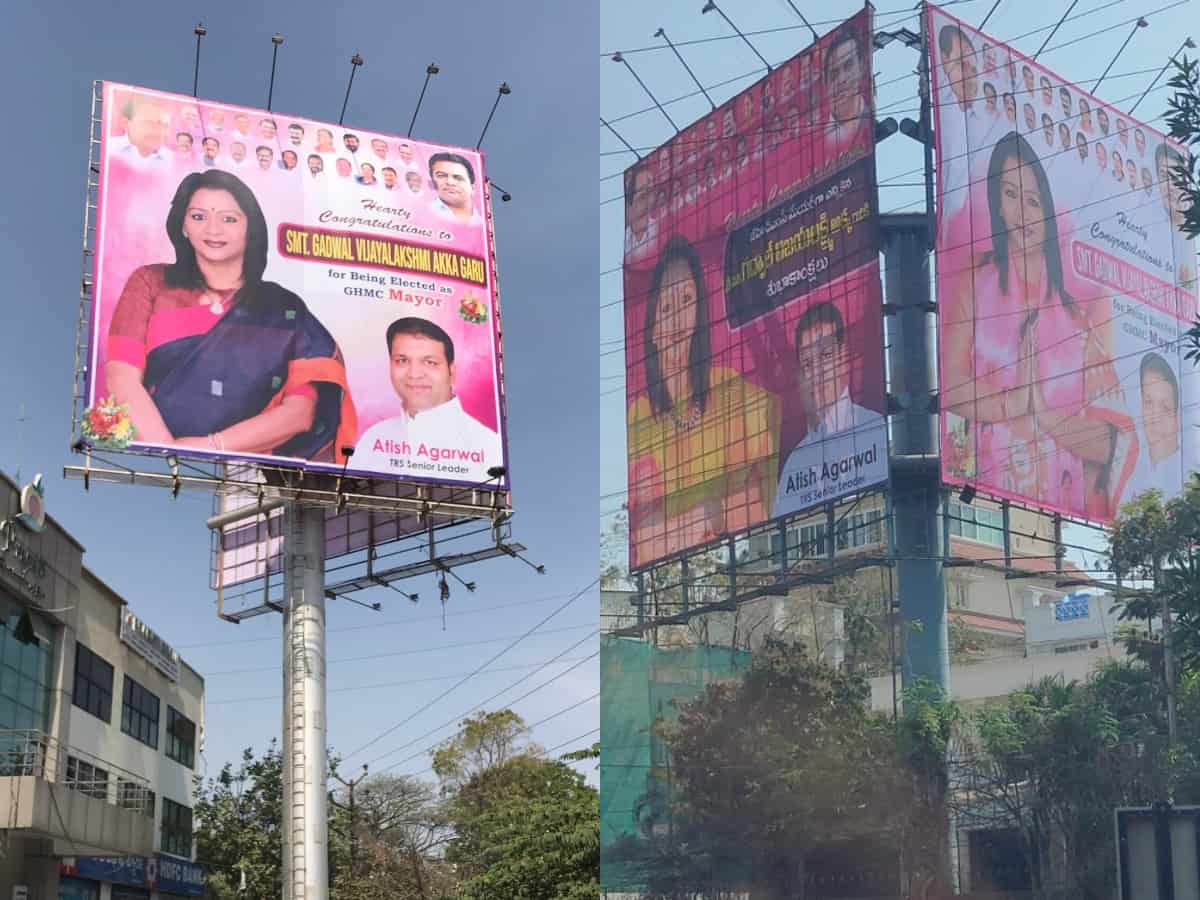 Hyderabad: The enforcement cell of the Greater Hyderabad Municipal Corporation (GHMC) imposed a fine totalling Rs.4.35 lakh on one of the supporters of the newly elected Mayor G Vijayalaxmi for illegally putting up congratulatory banners in various parts of the city.

Within two days of the mayoral election, several banners congratulating the new mayor were erected in almost all areas. According to government order no.1163 dated 31-12-1996, the government has banned the installation of posters and banners on the roadside. GHMC Act (1955) too considers it illegal under various sections.

Unmindful of the law, one of the Mayor’s supporters and Telangana Rashtra Samiti (TRS) party worker Atish Agarwal went ahead to place banners, so far identified at Banjara Hills Road No. 10 & 12, Jubilee Hills, Khairtabad and Himayat Nagar X road, congratulating her.

The enforcement cell slapped fines of various amounts on him, the highest of which was Rs.2 lakh for ‘the erection of unauthorized advertisement element above fifteen feet in height from ground level’ at Road No.12, Banjara Hills.

All of the challans have been booked under sections 420, 421 and G.O Ms.No. 68, the enforcement cell said in challan issued.

Mayor Vijayalaxmi, sharing the challans on her social media account, said: “Issued fines to my followers who set up flexes and hoardings in the GHMC premises. This is to reiterate the fact that everyone is equal before the law. We must adhere to the rules and regulations of the city.”