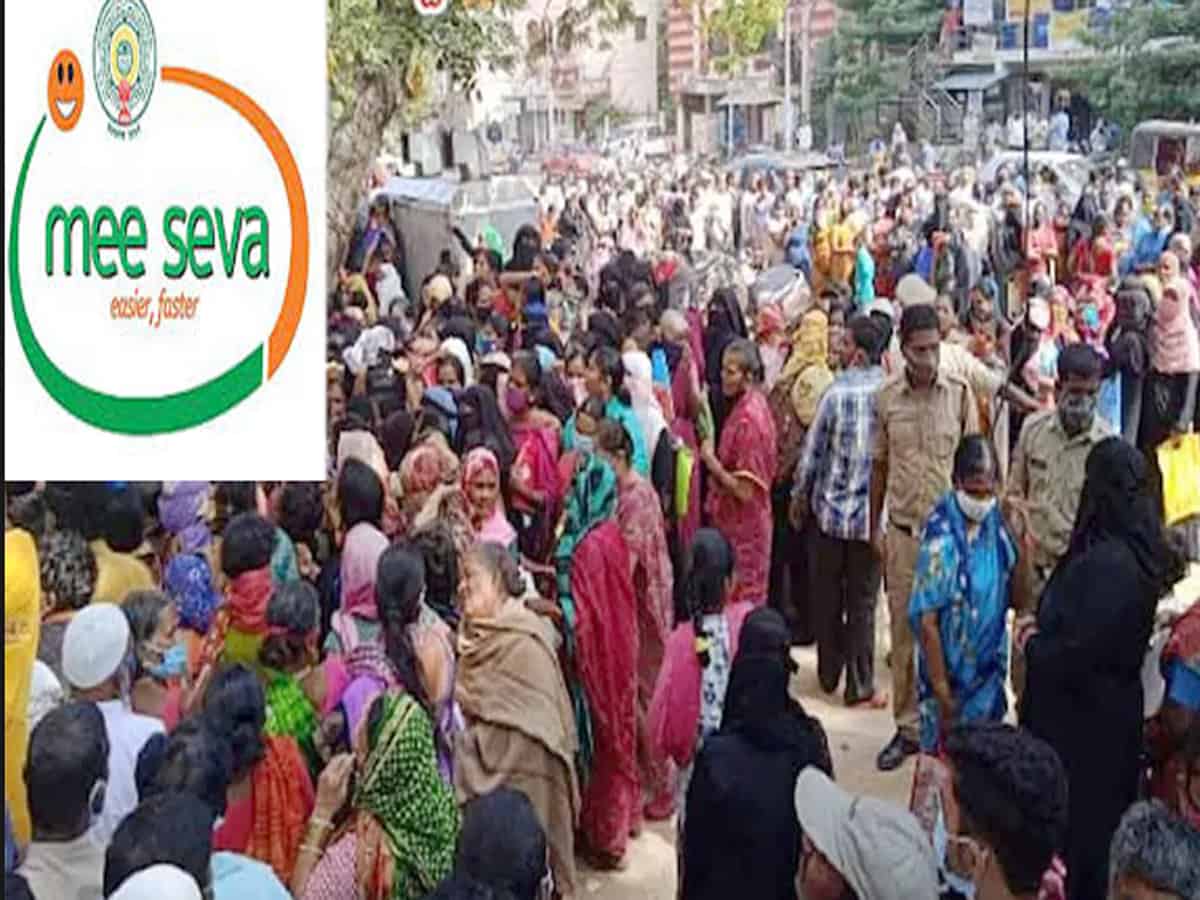 Hyderabad: The State information technology electronics and communications department on Monday clarified that Mee-Seva services are not accepting the GHMC flood service across Hyderabad.

In a circular issued by the G T Venkateshwar Rao, Commissioner ESD(MeeSeva), it is clarified that despite no service available for GHMC- flood relief public is floating at the Meeseva centers.

According to the circular, the Commissioner GHMC has already issued clarification hat the GHMC teams are verifying those who are affected and not yet covered under the scheme, the flood relief amount will be transferred to beneficiaries by the GHMC directly into the bank accounts.

Commissioner ESD(MeeSeva) also informed that keeping in view of the situations and to curb the untoward incident at Meeseva centres, the Government has decided to close all Government Meeseva centres and franchises for the day on December 7 Monday.

government is planning to transfer the interim financial assistance to the flood-affected people directly into their accounts after verification by GHMC officials.

The system of transferring the relief amounts through MeeSeva hence was put on hold with MeeSeva centres remaining closed for this purpose on Monday as well, GHMC officials said.