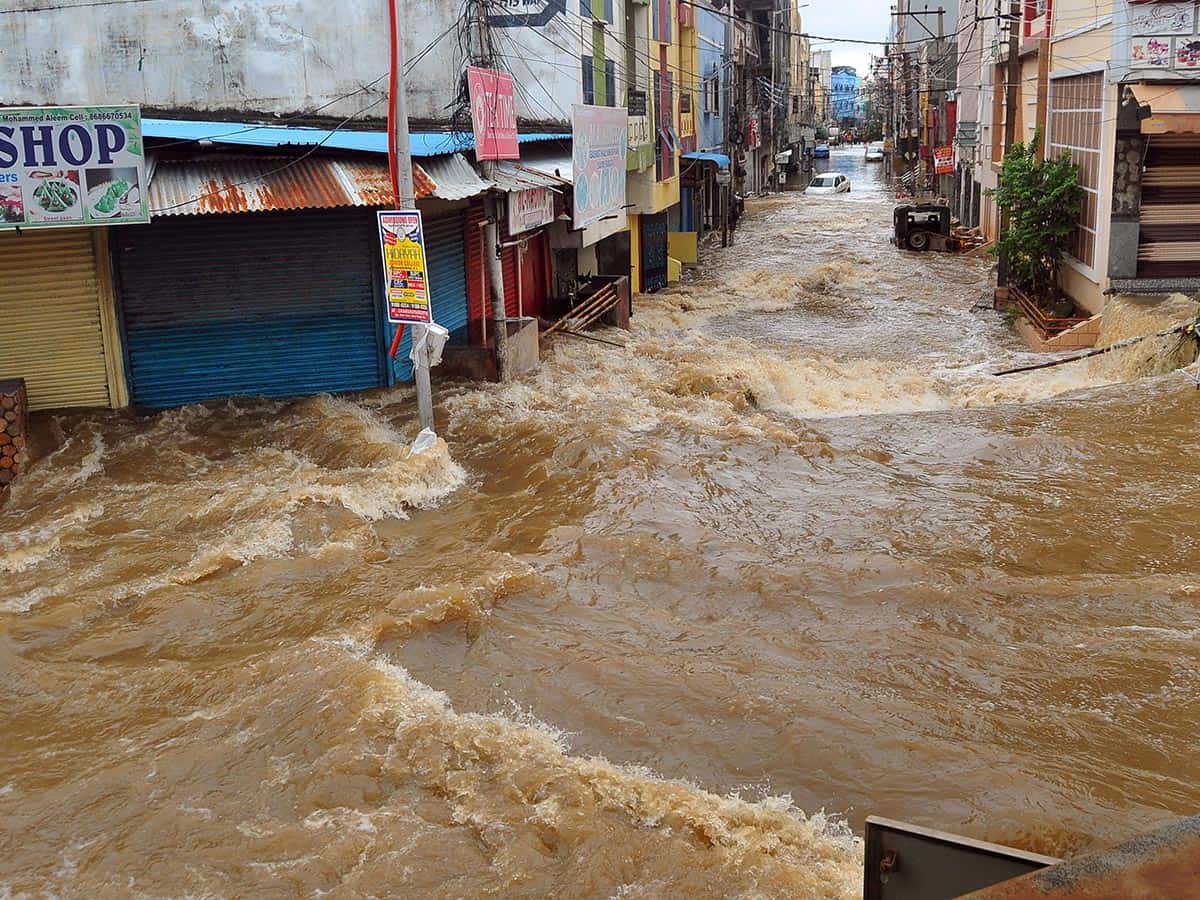 Hyderabad: Hyderabad suffered heavy losses in terms of lives and properties during the deluge in October last year due to illegal occupation of lakes and nalas, revealed Niti Aayug report.

Greater Hyderabad had around one lakh water bodies in the past.  Due to the illegal encroachment, this number has come down to a mere 185 now. Most of the water drain ways or channels are occupied.  The channels to drain out excess water in the reservoirs are closed due to illegal occupation.

The report recommendations include expansion of drainage system and restoration of all the water drain channels in twin cities and draining out excess rainwater through underground drainage into Musi River.

A 16 member NITI Aayog committee lead by its Vice President Rajiv Kumar prepared a report for ‘Formulation of Strategy for Flood Management Works in Entire Country’.  The committee report shed light on precautionary measures.  The report has a full chapter on floods in Hyderabad.

After a night-long rain, the rainwater drowned the roads and inundated homes worth crores in upmarket localities like Manikonda, Gachibowli, Rajendranagar and Madhapur in the western part of the city.

According to GHMC at least 37,409 families were affected, 33 persons lost their lives, and the damage to the properties estimated at Rs. 670 crores.

The flooding in the city was caused by the overflowing of the rivers.  Due to the illegal occupation of the wetlands of Hussainsagar, the excess rain flood water came out of water canals leading to deluge and flooding of many city areas.  Water drain channels of 75 rivers out of 185 are completely closed.

The NITI Aayog report said that the state government is not utilizing the Doppler radar facility which can give precise information to plan and deal with the force majeur situations in the state.