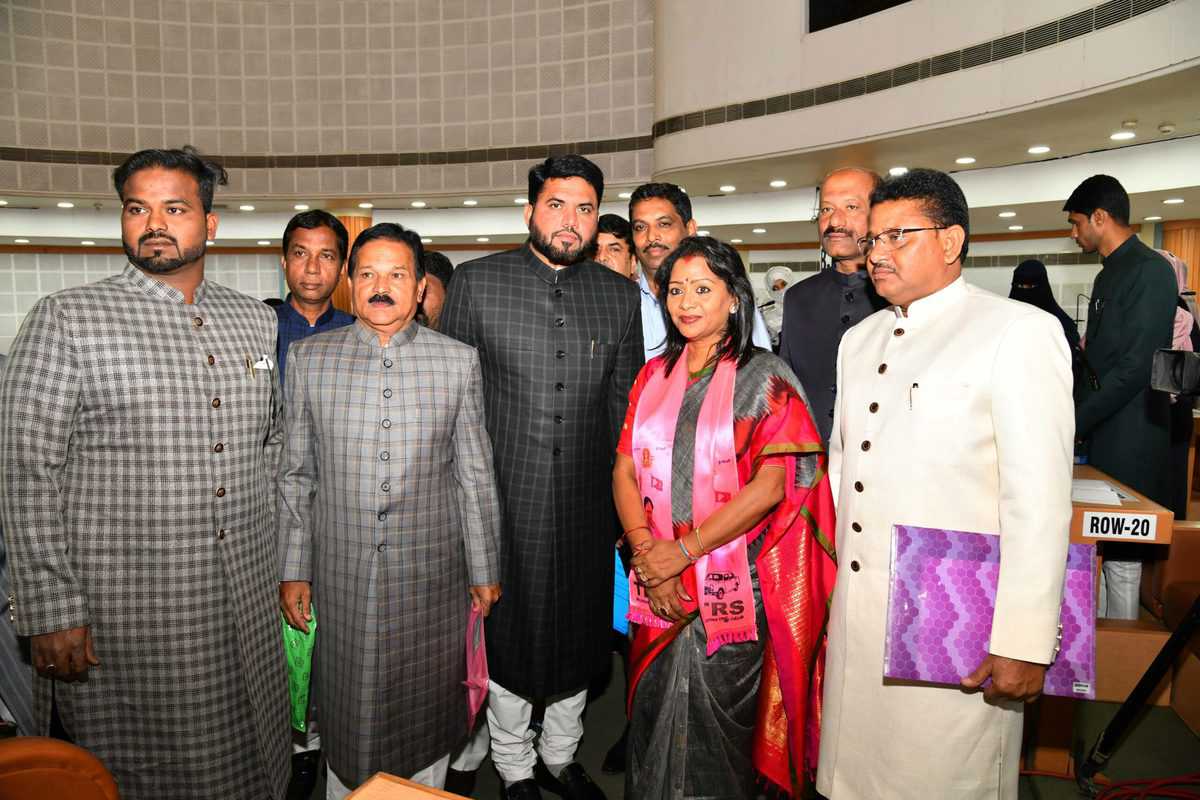 Hyderabad: What was supposed to be a tight contest ended in a very anti-climatic way, with the Telangana Rashtra Samithi (TRS) easily walking away with the Greater Hyderabad Municipal Corporation’s (GHMC) mayor and deputy mayor posts on Thursday.

The surprise came from the All India Majilis-e-Ittehadul Muslimeen (AIMIM), which did not put up a candidate, and instead quietly gave support to the TRS’s candidates. In fact, in a tweet, AIMIM chief and member of Parliament from the Hyderabad Lok Sabha seat Asaduddin Owaisi also thanks the TRS for “offering” the deputy mayor’s post.

Though it is not completely out of tune that such an offer was made. It was a little surprising given the fact that TRS working president and state IT minister K. T. Rama Rao (KTR) had in fact denied being in any kind of alliance or even on friendly terms with the AIMIM before the GHMC polls that were held last year.

Until KTR’s comments during the GHMC polls, TRS leaders mostly in public maintained that their party was always on “friendly” terms with the AIMIM. That seemingly changed to acrimony during the elections, so speculations were rife as to whether the AIMIM would actually provide support since it would allow the Bharatiya Janata Party (BJP) to target both parties.

“They (TRS) extended a hand of friendship, so he (Asad) responded. It was a friendly gesture. TRS did not succumb to the BJP. They have to say whatever is needed (during . If we say KCR is very nice, then our voters will ask why they should vote for us,” remarked a senior AIMIM leader, when asked about the latest development with the TRS.

Political analyst Palwai Raghavendra Reddy said that in spite of KTR’s comments, AIMIM never officially said anything against KCR or the TRS. “AIMIM would have thought that KTR’s comments were political compulsions. In fact even the IT minister has not said anything now,” Reddy pointed out.

On Thursday, TRS corporator from Banjara Hills, Gadwal Vijaya Lakshmi was sworn-in as the GHMC mayor, while Mothe Srilatha, her fellow corporator, was made the deputy mayor. The TRS won the polls easily, as it has 56 seats out of the total 149, while the AIMIM has 44. In the GHMC polls held last year, the BJP won 48 seats (one of its corporators has died since).

Vijaya Lakshmi in fact is actually quite well-educated, and spent many years in the US before she came back to Hyderabad. Prior to this in 2015, TRS’s Bonthu Rammohan Goud and Baba Fasiuddin held the mayor and deputy mayor posts, as their party had won 99 out of the total 150 seats then.

“She was the mayor-in-waiting from the last elections itself. K. Keshav Rao, her father (and TRS Rajya Sabha MP) himself has been a journalist and is highly educated. When was the last time a Hyderabad mayor was so well educated?” noted Reddy.