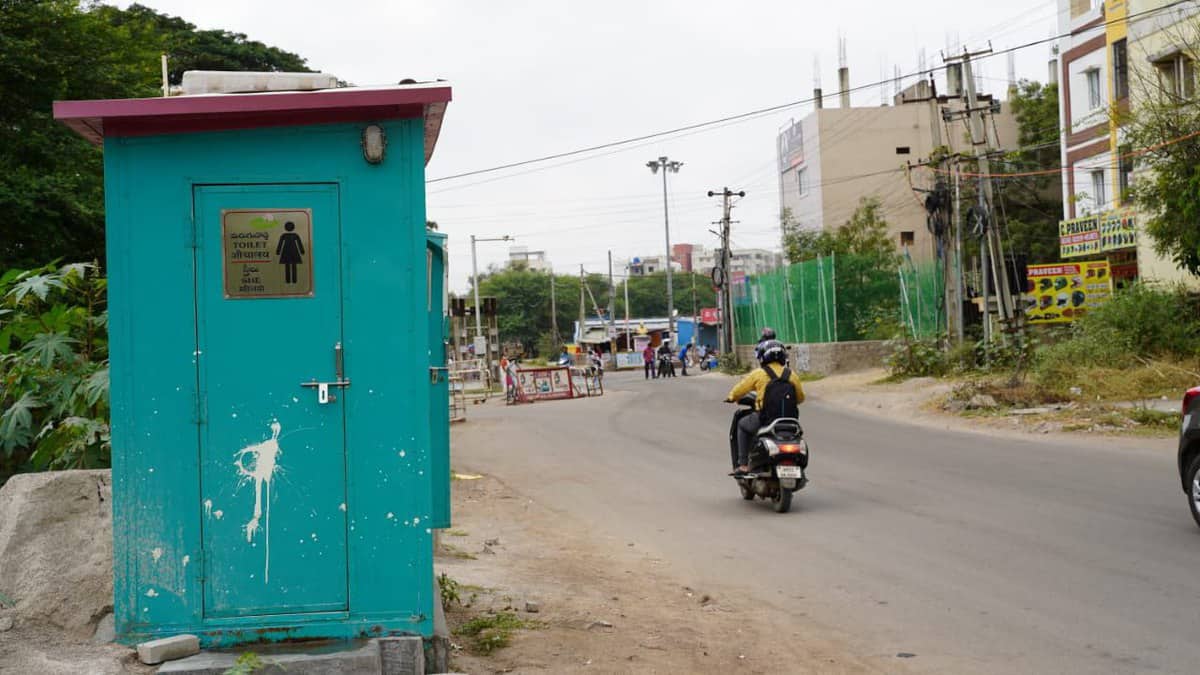 Hyderabad: The Greater Hyderabad Municipal Corporation had promised to set up clean and actively functioning public toilets for quite some time in the city. The civic body eventually visibly installed several new public toilet booths for that purpose. But all of it seems to be an eyewash, as across Hyderabad, barely any of those toilets are functioning.

Merely setting up the infrastructure without proper maintenance and water supply has turned the project, which was launched under the Swachh Bharat Abhiyan and the Clean Hyderabad initiative, into a massive waste of public money. The GHMC in fact had promised to install and maintain thousands of new public toilets to keep the city clean last year.

Siasat.com travelled around some random locations in the city to understand the working conditions and usage of the GHMC run public toilets, and the situation was most pathetic.

Not only are the toilets dysfunctional, but there is also literally public defecation right next to or behind these new rectangular dysfunctional toilet boxes across Hyderabad. A cursory glance of some of these toilets in parts of Hyderabad shows that commuters and street vendors feel actively discouraged to use these unhygienic and, many times, obsolete facilities.

Tayamma, who lives near the RTA Kondapur office, spoke about how the public toilet adjacent to the office is in an unusable situation because of zero water supply and improper maintenance by the authorities. “It is mostly used by commuters passing by and they struggle because there is no water inside,” said Tayamma.

The road leads to Gachibowli and Hitech city, two of the busiest centres of IT and the public toilet maintenance here is extremely discouraging. Special toilets for the physically challenged are rare as well. Dysfunctionality and the lack of will in understanding the challenges faced by commuters, that include the physically challenged, seem to be the case pretty much across town.

From Miyapur X roads to Kondapur, Madinaguda to Lingampally, public toilets are mostly in a sorry state. Many lack proper water supply, some are in a state of complete disarray, some have never been open even once after setting them up, and most of them are rarely cleaned up. The situation was no different even in parts of Secunderabad and the Old City as well.

The spinning cowl chimney toilet at Miyapur X roads doesn’t tell a very different story. “It has been locked up since the lockdown happened and nobody came after to re-open and return it into a functioning toilet,” said Sreenu, a tea stall owner next to the abandoned facility.

The only thing working about this toilet is the spinning chimney cowl which runs on wind power. Inside, there is garbage everywhere which includes empty water bottles, layers of dirt, and plastic covers. Despite repeated attempts to get a comment from different GHMC officials, including the additional commissioner (sanitation), Siasat.com could not get any response.