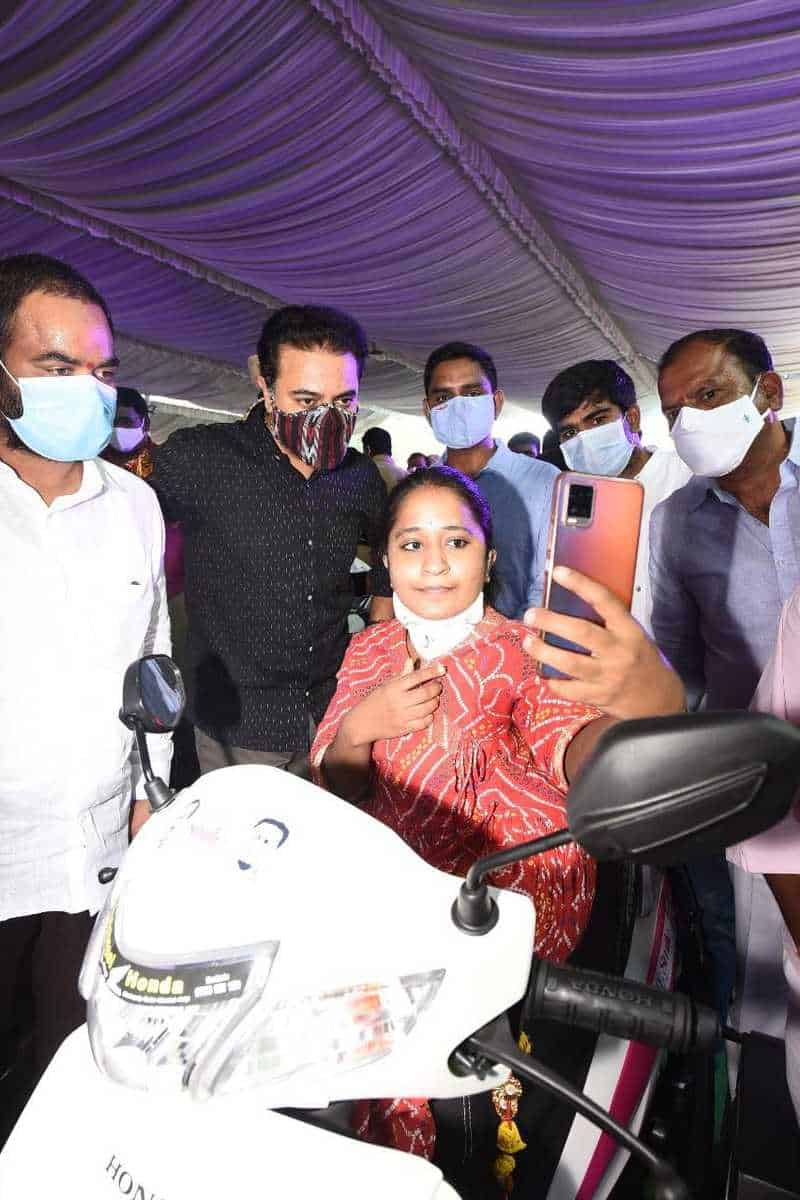 As promised on the occasion of his birthday last year, KTR donated specially curated vehicles to the beneficiaries with the promise of doing the same in the second phase of the initiative. The initiative has also gotten its support from other political leaders who promised to donate vehicles to aid the minister.

KTR stated ‘Gift a Smile’ when he donated six ambulances in the Sircilla constituency last year, with other public representatives doing the same. He stated that over 100 ambulances were donated last year which considering the COVID-19 pandemic, was a necessary initiative.

Adding to the positive reception from then, the program conducted this year also donated 250 vehicles to those in need. Taking to Twitter, KT Rama Rao tweeted and asked people to either plant a sapling under the ‘Mukkoti Vruksharchana” program or contribute to the ‘Gift a smile’ initiative in whatever way they could.

KTR stated that these vehicles not just make the lives of the differently-abled comfortable, but also provide them with a livelihood. KT Rama Rao also interacted with all the beneficiaries and had lunch with them post the vehicle distribution program.