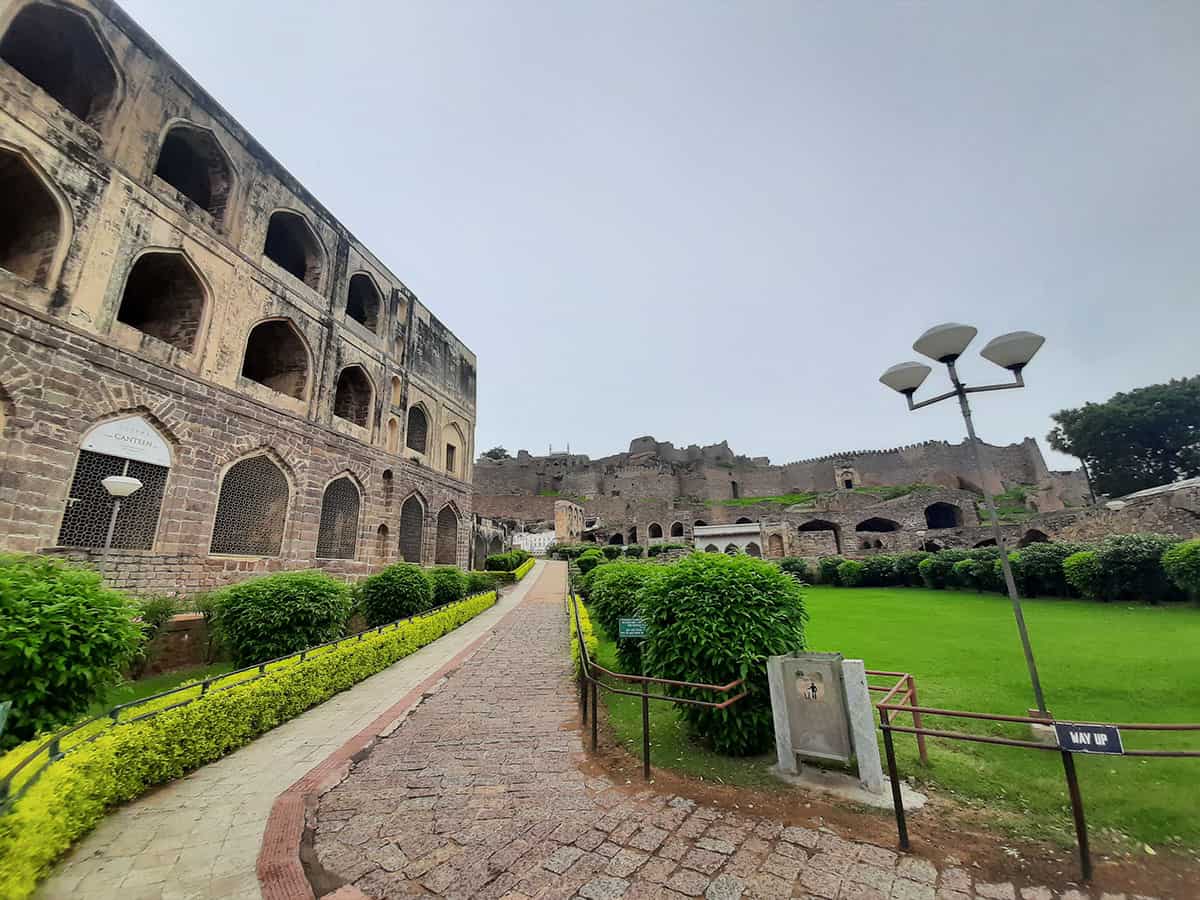 Hyderabad: After a gap of one year, the Independence Day celebrations in Telangana will be held at the historic Golconda Fort.

The chief secretary held a meeting with officials to review the arrangements for the main official ceremony.

He asked the officials to make elaborate arrangements on the occasion in a befitting manner.

The police department has been asked to make proper security arrangements as well as fine tuning of traffic management so as to ensure that no inconvenience is caused to the public. Similarly the roads and buildings department was directed to provide all necessary infrastructure at the venue.

The health department will provide masks and sanitizers in sufficient numbers in view of the Covid pandemic. The cultural department has been instructed to mobilize cultural troupes in large numbers which should depict the rich cultural heritage of Telangana state.

After formation of Telangana State in 2014, Rao had shifted the venue of Independence Day parade from Parade Grounds to Golconda Fort to highlight the rich cultural heritage of Telangana.

However, last year he decided that the Independence Day, Republic Day and State Formation Day celebrations be held in a place that would not cause any inconvenience to the people.

Public Garden is Hyderabad’s oldest park built in 1846 by Sixth Nizam Mir Mahboob Ali Khan, the ruler of then Hyderabad State. The ceremonies were organised in the backdrop of Jubliee Hall, considered an architectural masterpiece and built in 1913 during the reign of Seventh Nizam Mir Osman Ali Khan.

Before formation of Telangana state, both Republic Day and Independence Day celebrations in unified Andhra Pradesh used to be held at sprawling Parade Grounds in Secunderabad.

However, after Telangana came into being as a separate state in 2014, KCR decided to organise Independence Day celebrations at Golconda Fort. The Republic Day celebrations, however, continued at Parade Grounds till 2019.

KCR’s move to shift I-Day celebrations to Golconda brought the focus back on 13th century fort.

Clamor grew for the same after the recent inscription of Ramappa temple as the UNESCO World Heritage site.

Located on 400-feet high granite hill some 10 km west of the heart of Hyderabad, it was built as a mud fort by Kakatiya rulers as part of southern defences. It was expanded and developed into granite fort during the Qutub Shahi kingdom. Golconda served as the capital of Qutub Shahi kingdom till 1590, when the capital was shifted to Hyderabad.

Surrounded by massive crenelated ramparts, the fort has a 10-km long outer wall with 87 semi-circular bastions fashioned out of granite blocks with mighty canons still mounted on some, eight gateways, and four drawbridges, with a number of royal halls, temples, mosques, magazines and stables inside.

The encroachments, poor upkeep and decades of neglect have threatened the cultural heritage, which was ruled by the Qutub Shahi kings for almost 170 years.