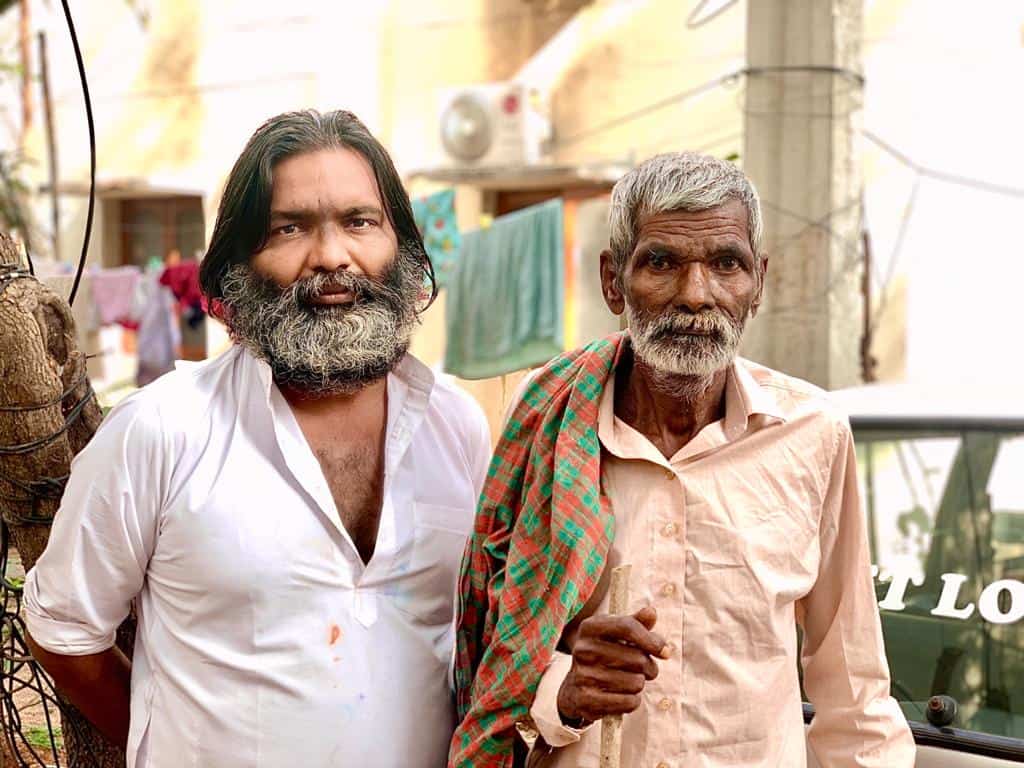 Hyderabad: The COVID-19 pandemic has been tough on everyone. While privileged people have the means to survive, what the destitute, old, and even those who are separated from their families? They may not have their families, but they certainly have George Rakesh Babu, who is ready to help anyone and everyone in need.

George, who runs four old age homes under his ‘Good Samaritan Trust’, is true to what he says. Born and raised in the suburbs of Hyderabad, many incidents in his life inspired him to run shelter homes for the old, homeless, and abandoned. George’s father had lost his mother as soon as he was born and he was raised by a Muslim woman in their neighborhood. He always taught George to help the ones who are in need.

“I drew inspiration from Mr. Ganesh Prabhu, who unfortunately passed away a few years ago due to illness. He was a pastor and used to run an orphanage called ‘Zion Children Home’. He was a selfless man and he was always ready to help others without any hesitation”, said George in an interview with Siasat.com. Due to financial constraints, in his last days, Mr.Prabhu could not even afford to pay the rent of his orphanage.

Soon, George said, Mr. Prabhu was forced by the owner to evacuate the premises, and by the time George could arrange for a place for Mr.Prabhu to live, he was staying with the relative of an inmate (from the orphanage) of his inmate’s relative’s houses, where he passed away.

The whole incident shook George and he was inspired to start an old age home. He decided to provide shelter for old people in their last days and give them a decent life. There are currently around 85-100 people in his shelter homes. Earlier in February, there were about 180 people. However, during February and March, George, with his efforts and the help of police, was able to reunite around 80 people who were separated from their families during the lockdowns.

On an average, they rescue around 600-700 people and re-unite 200-300 people a month. Some of these people come in groups from different urban shelters. George has also conducted the last rites of many people, following all the customs based on their faith.

‘COVID-19 has been extremely harsh’

Since the onset of the COVID-19 pandemic and the subsequent lockdowns then and this year, the situation has been extremely harsh on Good Samaritan Trust, said George. “The donations have been limited and many offerings have been stopped. Many donors have been consistent, but there has been quite an impact,” he noted, adding that some from the state government have also been supportive.

Currently, among the people that have been helping out, a few names which George mentioned were of Municipal Commissioner of Dundigal Suresh, district welfare officials Swaroopa Rani and Jyoti Padma, and Legal Services Authority official Venkatesh. Hyderabad). Apart from these people, the entire Telangana department connected to senior citizen services and differently-abled has been extremely supportive, said George.

“Firms like 24/7, Akshay Patra, United Way Hyderabad, and Condulent have also come forward to extend their helping hand during this crucial time. However, they are still struggling to meet their end,” he added. The Good Samaritan Trust also has various rehabilitation programs. Earlier, inmates were kept in different shelter homes, based on their condition.

However, due to the pandemic, all the inmates are housed in one building which was given by the District Welfare office, Dundigal. “All the precautionary measures are being followed and there has not been any case of COVID-19 infection.We are going to start a ‘Geriatric Care’ course for school and college-going children,” he informed. George also appealed to the public take these courses for a better future. “Good Samaritan Trust has a course outline designed and is willing to provide these courses to schools or colleges across India,” he added.