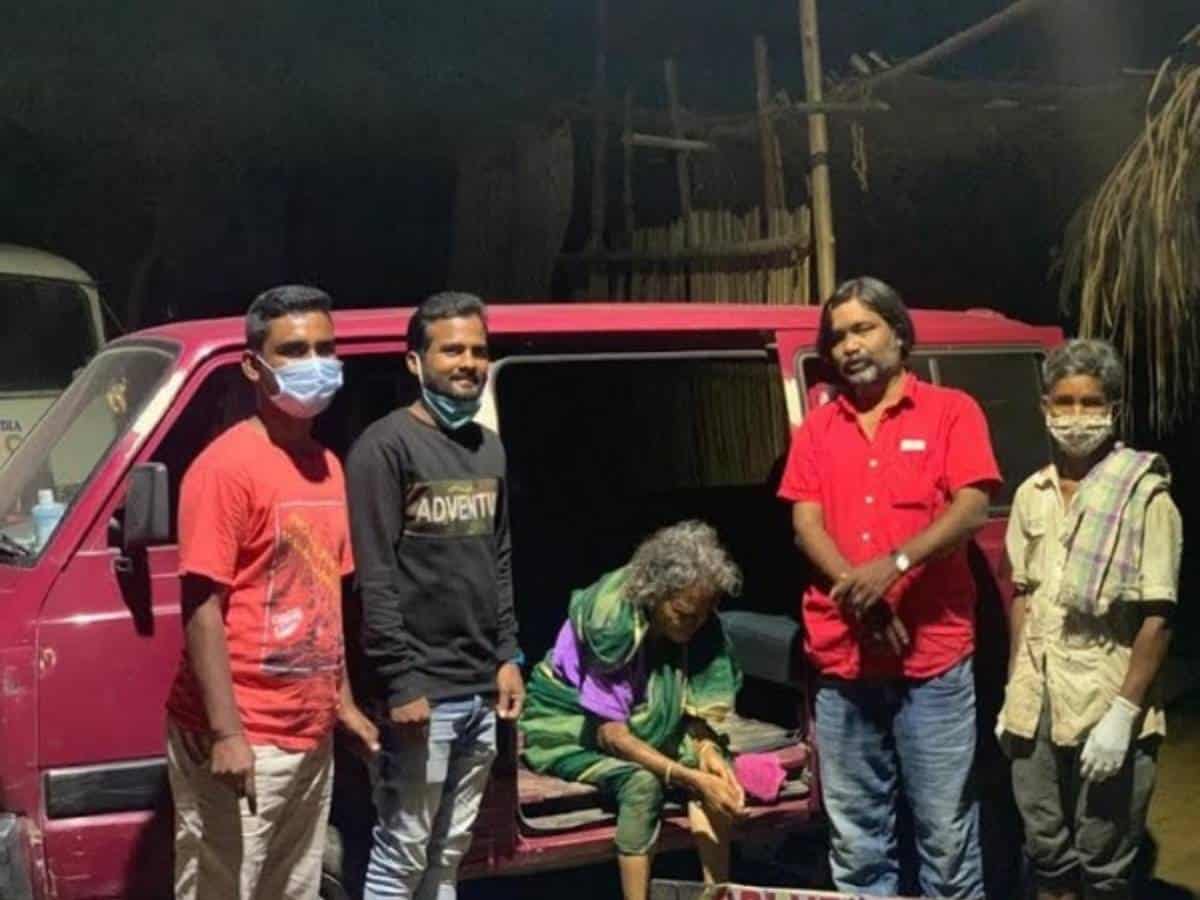 Hyderabad: In a society where elderly and old aged people are considered a burden, George Rakesh Babu; Founder of Good Samaritans Trust, is an inspiration for everyone.

Being abandoned and left alone to die, these people don’t have any food and shelter.

Good Samaritans Trust is a team with compassion for the needy neglected Medically trained small group of people who take care of these abandoned people, also called destitute, provide them with food, shelter, and respect in their last years of life.

Despite numerous challenges and absolutely no support from family or relatives, he strived to give over 60 orphans a quality life.

Dedicating his entire life for the cause of orphans, Ganesh Prabhu was humiliated in the last years of his life and even failed to get a dignified burial.

From this incident, the faith which he followed had a significant impact on George’s life.

He thought that every person has the right to live their lives to the fullest and the right to a dignified death.

This led to the emergence of Good Samaritans Trust.

The trust is based on the thought that “Give justice to the week and the fatherless, maintain the right of the afflicted and destitute. Everyone wants to be loved, irrespective of their caste, creed, or color of humanity.”

According to A.I. George Rakesh Babu, Founder, Good Samaritans Trust, “The abandoned or destitute included elderly suffering from serious medical diseases like cancer. They are a burden on their children due to heavy medical expenses. Further adding to this, George shares the incident of an elderly woman named Shanta suffering from cancer who was neglected by her only son. George and his team rescued the woman during pandemic and gave her food and shelter. The woman had serious medical issues, and it was difficult to communicate with her due to linguistic barriers. After one month of search, the trust was able to locate Shanta’s brother, but before he could take her home, Shanta was no more. The woman cried and longed for her son but was unable to meet him even in her last days of life.”

He also shares an incident of a young migrant who was intellectually challenged wondering was rescued from Mahabubnagar Highway, Hyderabad, on April 19, 2020, who was missing since 2015.

The migrant had week physical conditions and was unable to speak clearly. After continuous efforts, the Trust came to know that the migrant was from Kurd, Odisha.

The Good Samaritans Trust did its best to reunite the migrant with his family. On April 2, 2021, The efforts of Trust bore fruits, and the migrant reunites with his family. A.I. George Rakesh Babu, Founder, Good Samaritans Trust, conveys a message that, “We all have families and friends who will be there during our thick and thin. But these people have nobody to rely on. He also raises concern that when a person becomes old, he is considered useless and a pension of mere Rs. 1000 is not enough to survive in today’s era. All they need is a shelter, a home where they are treated with dignity, a mattress to sleep and die in peace. He also says that till today we have lived our lives the way we want, now let’s dedicate it to serving those in need.”