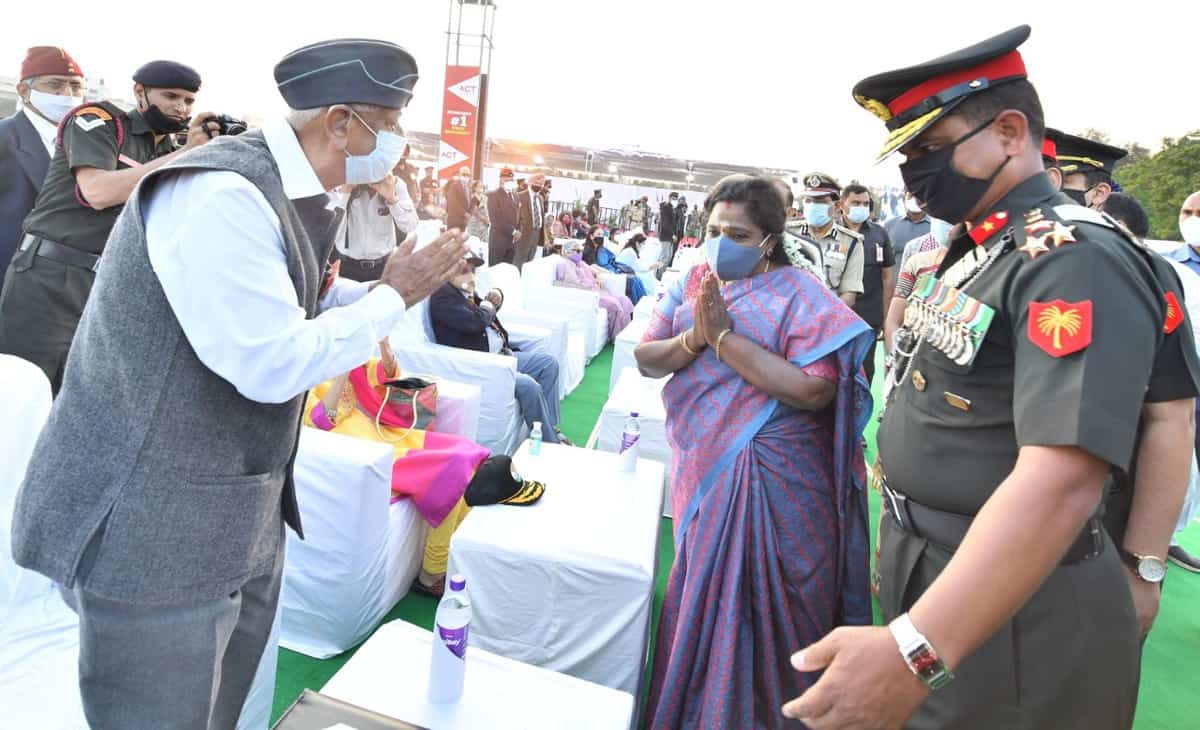 Hyderabad: Governor Dr. Tamilisai Soundararajan on Thursday paid rich tributes to the martyrs of 1971 war on the occasion of 50th year celebrations and commemoration of our country’s decisive victory over Pakistan.

Participating as the chief guest at the Swarnim Vijay Varsh celebrations organised by the Telangana and Andhra Sub-Area military unit at Parade Grounds, here, she said that our war heroes showed bravery, valour, courage and sacrifice of the highest form during the 1971 war.

“We have registered an iconic victory over the enemy. We could register a decisive victory in just 13 days. The 1971 war witnessed the surrender of more than 90,000 enemy soldiers. It was a landmark victory in the history of Indian armed forces. I salute our war heroes valour and sacrifices,” she added.

The Governor stated that it was our duty not to let go of their sacrifices in vain and continue to build a strong, secure, and prosperous India as a real tribute to the 1971 war heroes.

Referring to the services of the armed forces, Dr. Tamilisai Soundararajan said that their services during the natural calamities are also of immense help to the people of the country.

“Celebrating Swarnim Vijay Varsh, recognising the valour and commemorating their sacrifices and honouring the war heroes all inspire the younger generation to serve the nation with the utmost dedication and commitment and be ready to make any sacrifice for the country’s unity and integrity and protect its sovereignty,” she said