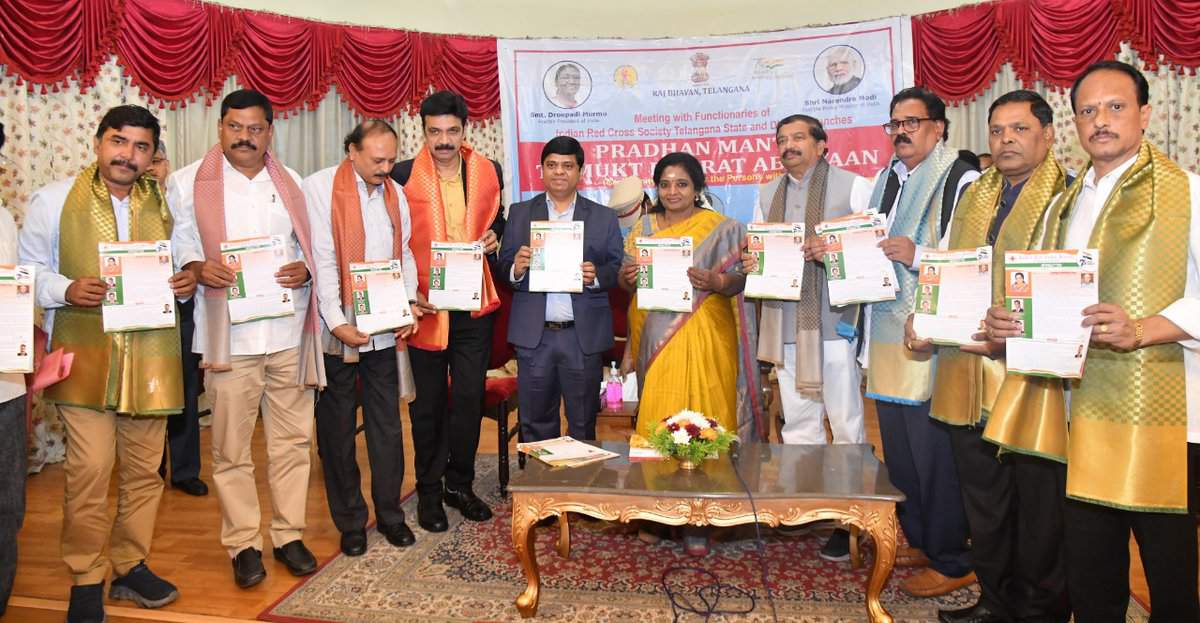 Hyderabad: Governor Dr. Tamilisai Soundararajan on Tuesday called for concerted efforts by all to ensure the TB Mukt Telangana by the year 2024.

The Governor exhorted the Indian Red Cross Society (IRCS) functionaries to involve the students and other donors to sponsor nutritious food to TB patients and help them fight the disease.

She was addressing the IRCS functionaries at the Raj Bhavan, here, and was guiding them to make the Pradhan Mantri TB Mukt Bharat Abhiyaan a success in Telangana.

“If one donor sponsors one TB patient, it would be easy for them to get the nutritious food and take proper medicines and get cured from the TB,” she added.

Dr. Tamilisai Soundararajan stated that though the Pradhan Mantri TB Mukt Bharat Abhiyaan aims to make our country TB free by the year 2025, we must rise to the occasion and ensure TB-free Telangana at least a year or two in advance.

She called for the active participation of all the sections of the people in this mission to ensure TB Mukt Telangana.

Referring to the power of students, the Governor said that they are the most vibrant part of society and their potential need to be harnessed properly in our fight against TB.

The officials told the Governor that there were around 35,000 TB patients in the state.

Secretary to Governor K. Surendra Mohan, IRCS State level and district level functionaries and others were present in the meeting.