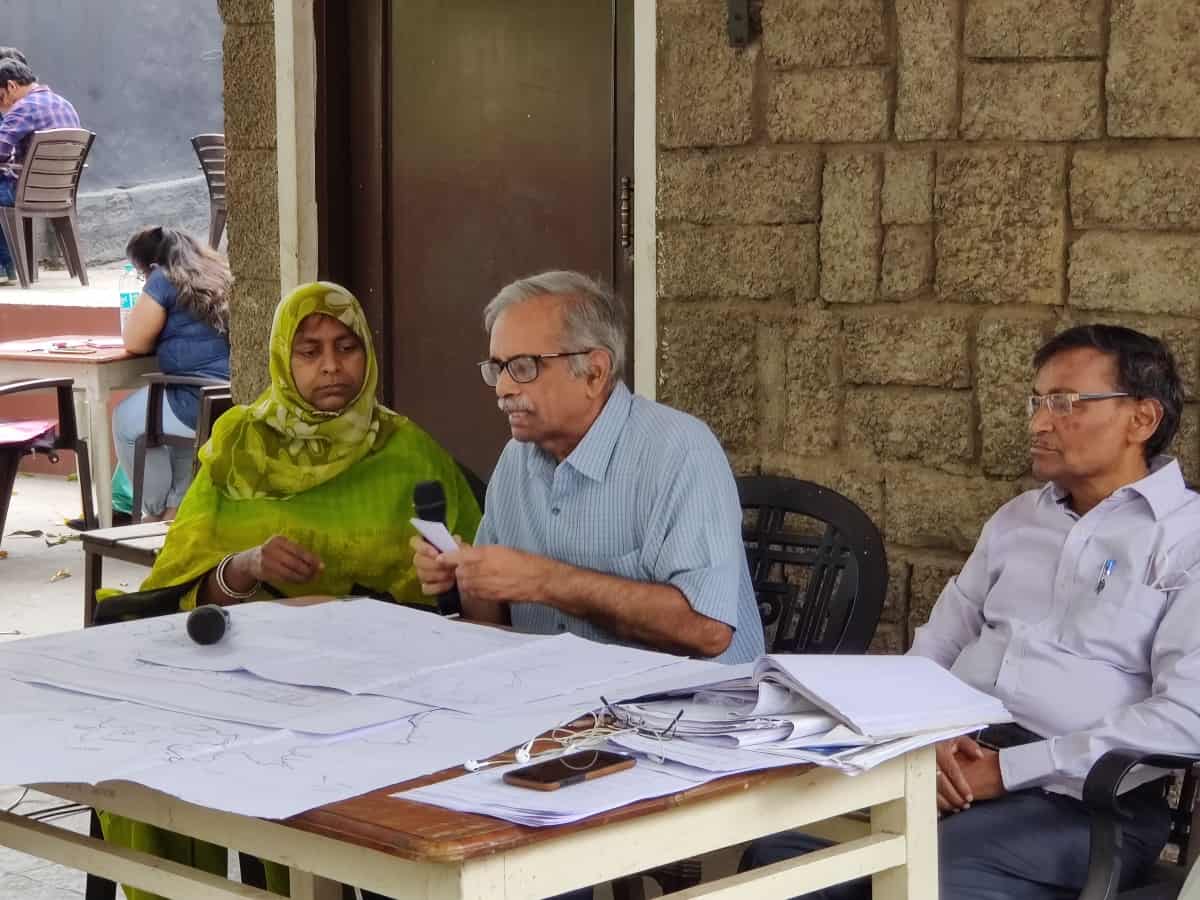 Hyderabad: Following the state cabinet’s approval to repeal Government Order (GO) 111, activists and scientists expressed their concerns about the move and demanded that the government take back the decision or the doors of the judiciary will be stepped on.

A meeting was held on Friday at Lamakaan under the theme of “Save Hyderabad, Save Twin Dams, Save Catchment area of Twin Reservoirs, Osman Sagar & Himayat Sagar” where concerned citizens of the city gathered to discuss what the repeal of the order means for the future of Hyderabad.

GO 111 was initially issued in 1996 prohibiting the erection of high-rise structures in the catchment areas of Himayat Sagar and Osman Sagar. During the election campaigning for the 2018 Assembly Elections, chief minister K Chandrasekhar Rao (KCR) had vowed to repeal the GO within months of TRS coming to power.

On April 12, KCR announced that the state cabinet has approved the repeal of GO 111. Following the announcement, members of the People’s Committee expressed that the decision to repeal the GO is a mistake, as it puts the city under the threat of floods that might hit the city if the dams on Esa- Mesa tributaries, on the lands the GO affects, were removed.

Dr Lubna Sarwath, an activist who has previously headed meetings on the topic, said that it was their duty as citizens to inform the government of the grave mistake they made by repealing GO 111. “The chief minister said in the legislative assembly that a committee would be formed to reach a conclusion about repealing the order. There is no sign of a report, notwithstanding the fact that none of the people on the committee they mentioned are experts,” she said.

Sarwath alleged that the maps on the government’s official website are false, as the measurements in the maps are different from what they were a few months ago. “They have cited their measurements as 6000 acres, where a map dated December 2019 shows 6300 acres.”

Dr Babu Rao Kalapala said that the government makes promises about maintaining the area, but they never follow through. “They have said that 90 percent of the land will be left open, and only 10 percent will be developed. Telangana’s history shows regulations not being maintained without violations.”

He added that the government says the water from the lakes will not be used as drinking water, but rather, water from the Krishna river will be pumped into the city. “The illogical activity of pumping of water into the city will be done by burning huge amounts of coal to generate electricity, which will, in turn, amplify climate change,” said the retired scientist.

Dr Sagar Dhara said that the Osman and Himayat Sagar lakes will meet the same fate as Hussain Sagar lake and will be termed ‘dead lakes’. “The water in the lakes will become highly polluted, which will affect the birdlife, flora, and fauna of the area.”

Dr B Rama Lingeswara Rao said that in case of an earthquake the soil in the buffer zones of the catchment area will resemble a liquid state. “The seismic waves will turn the soil in buffer zones to become a ‘liquified potential zone’. Further, borewells in the area surrounding the catchment area will dry up. With the groundwater drying up, the temperature in the city will get hotter by 2-4 degrees celsius,” he warned.

The committee stated that the government must reinstate GO 111 in geological, ecological, and hydrological contexts to “save Hyderabad and Secunderabad.”