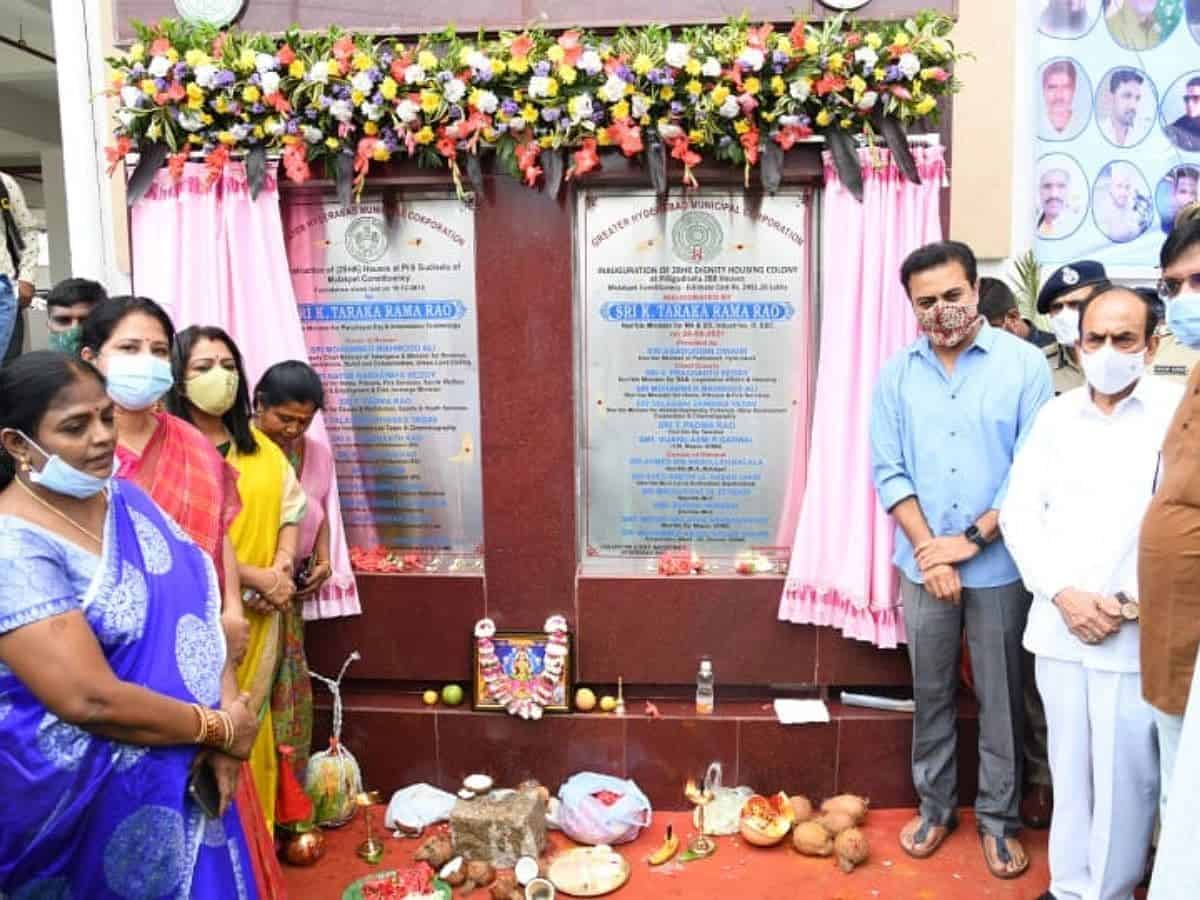 Hyderabad: Telangana Minister for Municipal Administration K T Rama Rao said that the final decision will be taken to construct a new Osmania Hospital building and shift the Chanchalguda Jail after consulting the chief minister.

KTR was speaking on the occasion of inaugurating 228 2BHK homes at a cost of Rs. 25 cr in Malakpeth Assembly Constituency.

KTR said that during the TRS rule the state government is giving importance to equal development of old and new city areas.

Steps are being taken on a large scale to provide basic amenities in the old city like providing 2 BHK homes, widening of the road, providing drainage system and drinking water supply.

KTR said that the construction of 2 BHK homes shall be speeded up in Jangampet, Bandlaguda, and Farooqnagar to distribute these homes among the people.

The minister said that had these flats been constructed by a private builder its cost would have been between Rs 50 to Rs. 16 lakhs. But the chief minister K Chandrasekhar Rao is distributing these homes among the people for free. There is no compromise in terms of construction quality.

KTR said that the local people’s representatives are demanding to shift the Chanchalguda jail and utilize its 34 acres of land for people’s welfare projects. They’ve also demanded to construct a new building for the Osmania Hospital. These demands will be given serious thought by the chief minister KCR to take a final decision in this regard.

The minister also said that during the 17 years rule of the Congress and Telugu Desam only Osmania, Gandhi, and NIMS hospitals were constructed. While during the 7-year rule of TRS, approval has been given for the construction of four big hospitals in Greater Hyderabad. NIMS hospital was constructed in Gachibowli.

Foundation stones were laid for the construction of NIMS hospitals in Sanath Nagar, Alwal, Gudianaram. These hospitals will be ready in 2 to 3 years for public use.

He said that the Osmania Hospital building has become dilapidated and discussion shall be carried out with the Chief Minister in this regard.