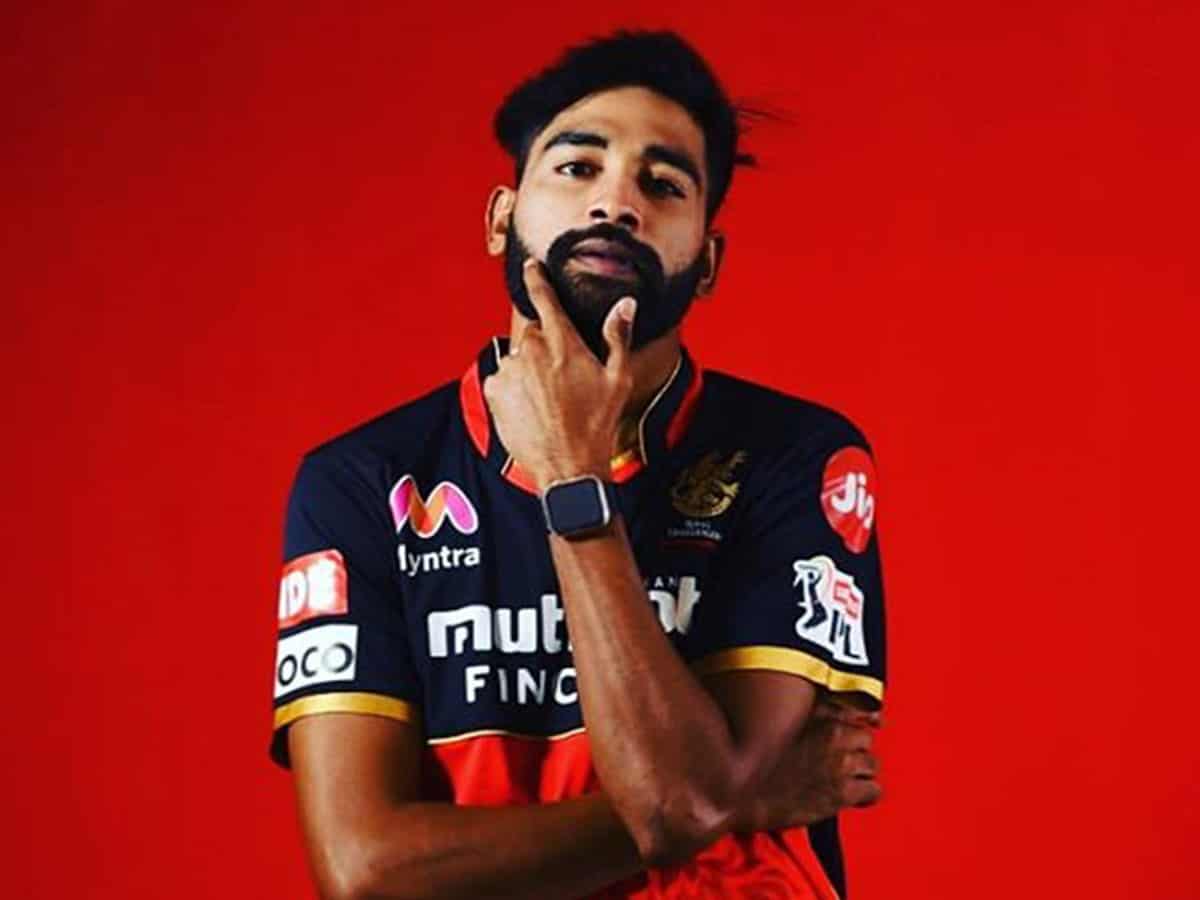 Hyderabad: When India meet Australia at the famous ‘Gabba’ stadium in Queensland, Brisbane on January 15 for the final and decisive test, with the series level at 1-1, Hyderabad’s Mohammed Siraj, could well lead the country’s bowling attack as the main strike bowler.

It could well turn into a ‘Dream run’ for Siraj, the ‘Gully Boy’ cricketer from the narrow lanes of Hyderabad, who made an impression at the biggest cricket arena in the world- the Melbourne Cricket Ground (MCG), earlier this month.

In an impressive debut, he took 5 wickets for 77 runs in 36.3 overs in a match which India won comprehensively under Ajinkya Rahane, who also scored a match winning century. Coincidentally, the last, fast bowler from Hyderabad to play for India in tests, Syed Abid Ali, too made his debut in Australia, but way back in 1967 at the Sydney Cricket Ground (SCG).

The Indian team with chips down as they chased 407 to win in 131 overs and starting the final day at 98 for 2, turned the test into a memorable one by batting the day out and ending at 334 for 5. Rishab Pant, a swashbuckling 97, Pujara a steadied innings of 77 and finally Hanuma Vihari ( 23 in 161 balls) and Ravichandran Ashwin ( 39 in 128 balls), kept the strong Aussie bowlers—Pat Cummins, Josh Hazelwood, Mitchell Starc the pacers and Nathan Lyon the spinner at back, to achieve a magnificent save and kept the series alive.

In the bargain, however, the Indian tea, ended up with a handful of injured players too. It’s top pacer Jaspreet Bumrah is down with abdominal pain. Earlier Mohammad Shami suffered an arm fracture in Adelaide and is ruled out for the series. Similarly, Umesh Yadav injured his calf muscle at Melbourne and had to return home. Finally, all-rounder Jadeja, who played his heart out had his finger fractured.

With so many injured, Captain Kohli, who became father of a girl child recently and is in India, stand in captain Ajinkya Rahane has his task cut out for the Gabba test. The mantle of opening India’s bowling attack is all set to fall on the young but motivated shoulders of Mohammed Siraj.

Siraj has also won the hearts of many in the cricketing world and also back in India, when tears rolled down his cheeks, as the national anthem of the country was being played out at the SCG before the start of the test.

Also, being at the receiving end of racial taunts, along with Bumrah from a group of unruly spectators, Siraj kept his cool and dignifiedly complained to his Captain. For a youngster, who lost his father, before the series began and could not attend the last rites, it was indeed a very difficult situation to be in as the senior team mate Ashwin pointed out.

The Indian team’s gesture in rallying behind Siraj throughout the series so far prompted Pakistani Speedster, Shoeb Akhtar to laud in a tweet, “The Indian team management and dressing room support to Mohammed Siraj during his tough phase shows that India backs their players regardless of their caste, creed and colour.”

The ‘unruly behaviour of some spectators’ and the allegation on former Aussie captain, Steve Smith of spoiling the pitch, will hopefully not impact the  heroics of the Indian team at the SCG, which matches with the performance at the Oval in 1979, when the ‘Little Master’, Sunil Gavaskar played a match saving, unbeaten 221 against England. Riding on his memorable innings, India came as close as 9 runs short of pulling off a sensational victory in the bargain. Set a target of 439, India ended at 429 /8 in 150 overs.

It’s nearly three decades since a Hyderabadi bowler made it to the test grade. The last being left arm Spinner, S L Venkatapathy Raju in Mohd Azharuddin’s ‘Dream team of the 1990’s’. Off course, Pragyan Ojha, who represented Hyderabad in Ranji Trophy did play tests but he hails from Bhubaneswar.

Interestingly, Hyderabad has produced quite a few spinners, starting from the great Ghulam Ahmed, who captained India to Shivlal Yadav, Arshad Ayub, Raju and even the legendary Jaisimha who opened the bowling for India on quite a few occasions.

Siraj, will undoubtedly be the first genuine pacer from Hyderabad to don the test cap.  He has been knocking at the test doors with a consistent performance in domestic cricket and the in the IPL leagues over the past few years.

The short statured Abid Ali was a gentle medium pacer. He was a regular in the national teams from 1967 to 1974. More importantly was part of the history creating winning India team under Ajit Wadekar in the West Indies and England. He made a mark as an all-rounder and played 29 tests, taking 47 wickets.

The last big name from Hyderabad to dominate test cricket is of course VVS Laxman. The stylist, feared and respected, specially by the Aussies, Laxman made his debut against South Africa in 1996 and made a huge mark on Indian cricket . In 134 tests he made 8781 runs. But, more importantly steered India to impressive wins against Australia, Down Under.

Before that, Mohd Azharuddin and Ghulam Ahmed (both India Captains) and the legendary, M L Jaisimha, were outstanding cricketers to represent India in tests. There were another half a dozen players like Wicket Keeper, Krishnamurthy, Jayanti Lal, Govindraj, Noel David, who played just a couple of tests each.

But, largely Hyderabad’s story is more of misses than those who made it to test. Reasons being many.

Somasekhar Mulugu, former Associate Editor & Chief of Bureau of The Hindu BusinessLine, is a well-known political, business and science writer and analyst based in Hyderabad.