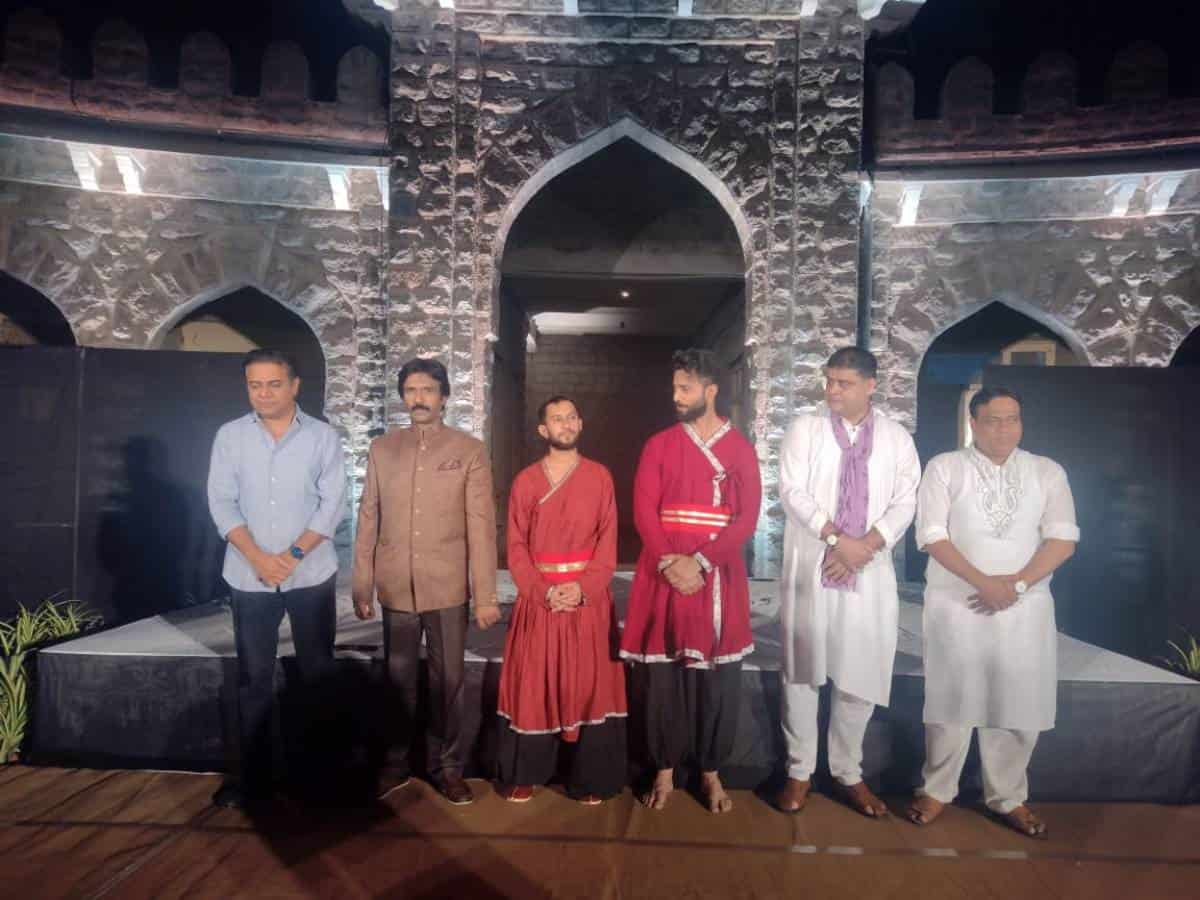 Hyderabad: Where if aesthetics and freedom collide? This inaugural play of Qadir Ali Baig theatre festival asks the question and does not succeed in answering the same. But it pushes the audience to think about if things crafted out of beauty for history are representations of goodness or if they stand to tell a tale of something far more sinister.

The play titled ‘Guards at the Taj’ chiefly revolves around two sentinels: Babur and Huma, employed during Mughal Emperor Shah Jahan’s reign in Delhi, to guard the Taj Mahal. The piece highlights some interesting aspects of life, like throwing up questions from the perspective of a guard, about the king and his life.

“We’ve heard of the glory of Taj Mahal for far too long but no body aside from the masonry and slaves employed for the construction (and the Emperor), know what it actually looks like,” remarks Babur.

Throughout the story, Babur tries to distract Huma, who doggedly stands guard, refusing to speak or move from his position. Babur continues trying to speak, to move, to imagine about a world 100 years from now. But each time Huma shuts him down, and the audience is reminded that people in the lower realm of the society, especially those working for the government, are not supposed to think or speak.

Their only allegiance is to silence and with each joke Babur cracks, Huma reminds him crisply, in a tone mixed with fear and disbelief that Babur could be charged with mild, medium or harsh sedition.

Babur represents human desire of wanting to imagine a palanquin flying in the air a few years from now, of wondering how the King’s harem looks on the inside and most importantly, of simply wanting to turn around and view the Taj Mahal. Huma, the more cautious of the two, shushes him, worried that if Babur lets his tongue run wild, his neck will soon be dismembered from his body.

Babur however aptly remarks at one point in the play that the king is far more concerned with sedition than with blasphemy. “Does the king care more about himself than he does about Allah?” he asks amused at the hypocrisy.

The play seemingly attempts to answer if the two dawn guards in question will ever see the Taj Mahal at all. But the real question the play poses is what happens to them if and when they do lay eyes on the monument.

Babur’s innate desire for aesthetics which Huma eventually gets pulled into is not just a celebration of the beauty embodied in the crevices of the Taj Mahal. The play does something more. It asks us to think about if beauty matters just its own self or if it draws people in at first and threaten their very existence from then on.

It matters little if the guards in question share their names to the emperor’s ancestors. Names don’t matter, neither does beauty. But freedom seems to be the area of stress and like Huma, the audience finds themselves stressed continually for the fate which could befall the guards. Well-written plays end with the audience wondering about what their characters do next. This is a well written play but there remains doubt if the characters do anything next at all because their lives are now in peril.

The play written by Rajiv Joseph and directed by Shishir Singh Chauhan makes the audience view beauty, view aesthetics with caution. Each beautiful thing meant for posterity has behind it a some form of cruelty which of course can be ignored. But as the keynote speaker Ila Arun remarked before the commencement of the play, “Monuments talk and they have a lot to tell.”