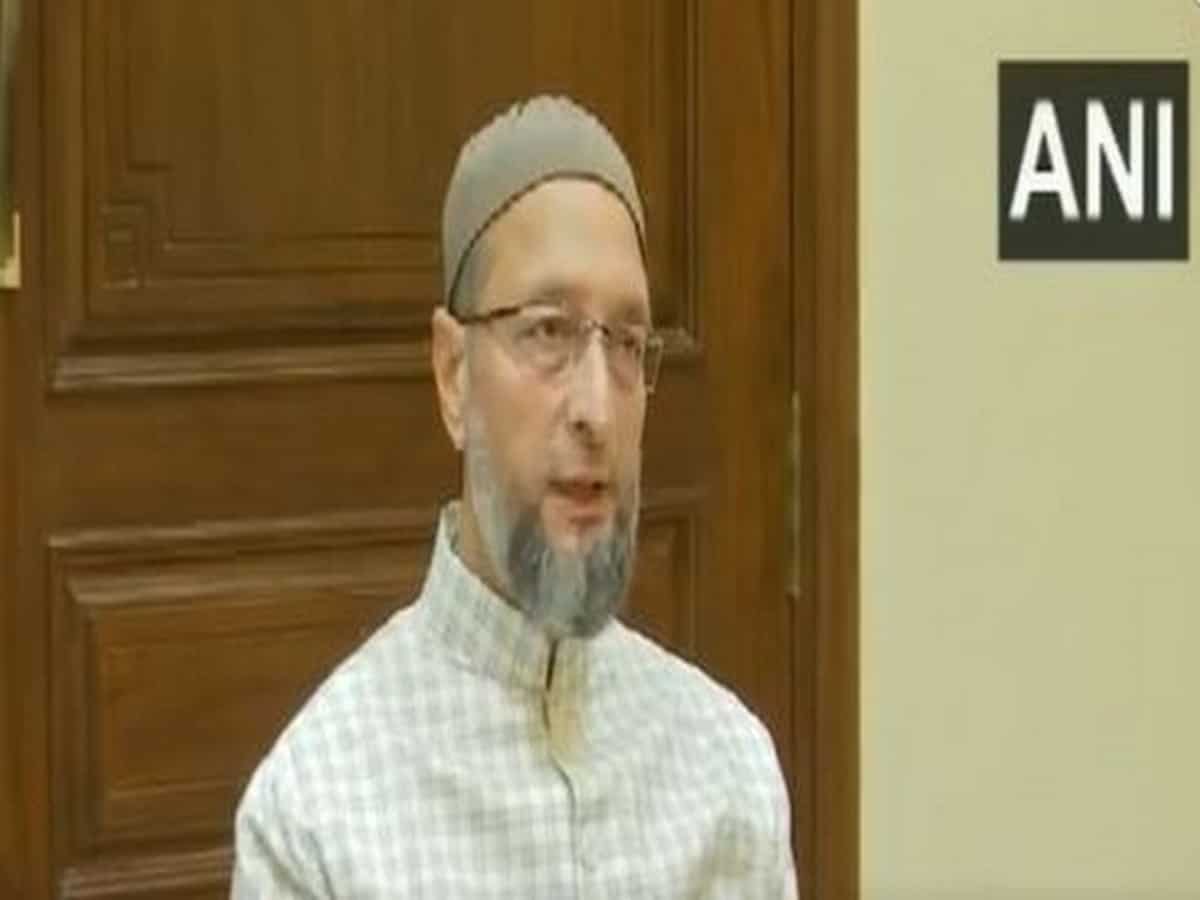 Hyderabad: Amid the row over the survey of Gyanvapi Masjid in Varanasi, AIMIM chief Asaduddin Owaisi on Saturday said the Bharatiya Janata Party (BJP) and Rashtriya Swayamsevak Sangh (RSS) are trying to rekindle the era of hatred as the one in the 1990s.

Addressing a gathering here, Owaisi said, “Government of India and Uttar Pradesh government should have told the court that Parliament passed The Places of Worship (Special Provisions) Act, 1991. It stated that no religious place, as it existed on August 15 1947, will be disturbed. They should have told Court. The central governmnet knows that when the Babri Masjid Civil Title judgment came, it linked the 1991 Act to the basic structure of the Constitution.

It was the constitutional duty of the government to tell the court that what they were doing is wrong. But since they do politics of hatred, they stayed silent. BJP should say if they accept Places of Worship (Special Provisions) Act, 1991. It is BJP and Sangh that are focussing on this matter. They are trying to rekindle the era of hatred as the one in the 1990s,” he added.

Earlier, the AIMIM chief criticized the local court order and said the order to survey Gyanvapi Masjid at Varanasi is a violation of Places of Worship (Special Provisions) Act, 1991.

“This order to survey Kashi’s Gyanvapi Masjid is open violation of 1991 Places of Worship Act, which prohibits conversion of religious places. SC in Ayodhya judgement had said the Act protects ‘secular features of Indian polity which is 1 of basic features of Constitution,” he tweeted.

“Unfortunate that the Court is blatantly defying the SC. By this order, the Court is opening the path for the bloodshed of Rath Yatra and anti-Muslim violence of 1980s-1990s,” he added.

There has been a protest over the survey of several deities, including Shringar Gauri, located in Varanasi’s Kashi Vishwanath temple premises and the Gyanvapi Masjid complex.

Court-appointed official and a team of lawyers conducted an inspection at Gyanvapi Masjid in Varanasi on Friday in connection with a plea seeking access to a Hindu temple behind it. The survey and videography at the mosque also continued today.