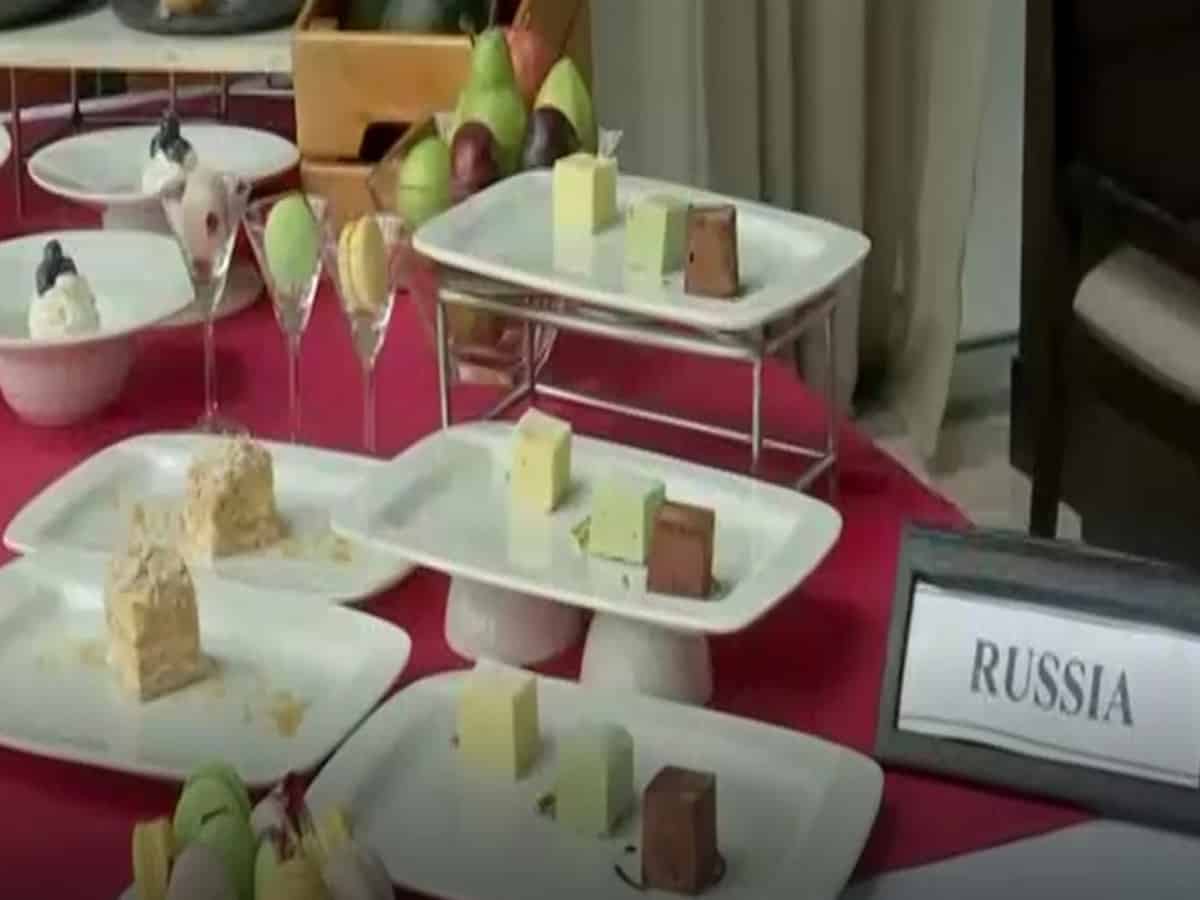 Hyderabad: Halloween-themed Russian Desserts is being served by Celebrity Chef Gyunay Velieva from Russia during International Food Festival in Hyderabad.

A special Halloween-themed international food buffet is organised here in Hyderabad on Sunday.

The history of Halloween festival originates from the time of Celts, a collection of tribes with origins in central Europe. Their culture spread across the continent more than 2000 years ago. They used to celebrate the end of the harvest season with a festival called Soin on October 31.

It also marked the Celtic New Year and was considered a time between years, a magical time when the ghosts of the dead walked the earth.

“I have been travelling to this country for past 5 years and I love to
present Russian dessert because whenever we are travelling across the world we get to see French, Italian deserts, but its very rare to see Russian dessert”, Chef Gyunay Velieva, Russian Chef.

Chef Dharmender Lamba of Trident Hotel, Hyderabad said, “We are getting to do another food festival this year and this time it is Russian desserts. We have heard very little about Russian desserts but when we had Chef Gyunay Velieva, who has a lot of experience with food festivals and Russian food and her speciality is pastries so we thought of trying something new this time.”

The desert is absolutely awesome. It’s tasty, the cream at the bottom is crunchy, the pink sauce is tangy and I think they should add this to the Indian menu.

Russian colours, traditions and culture will be highlighted through the scrumptious cuisine served during the weekend of Halloween here.