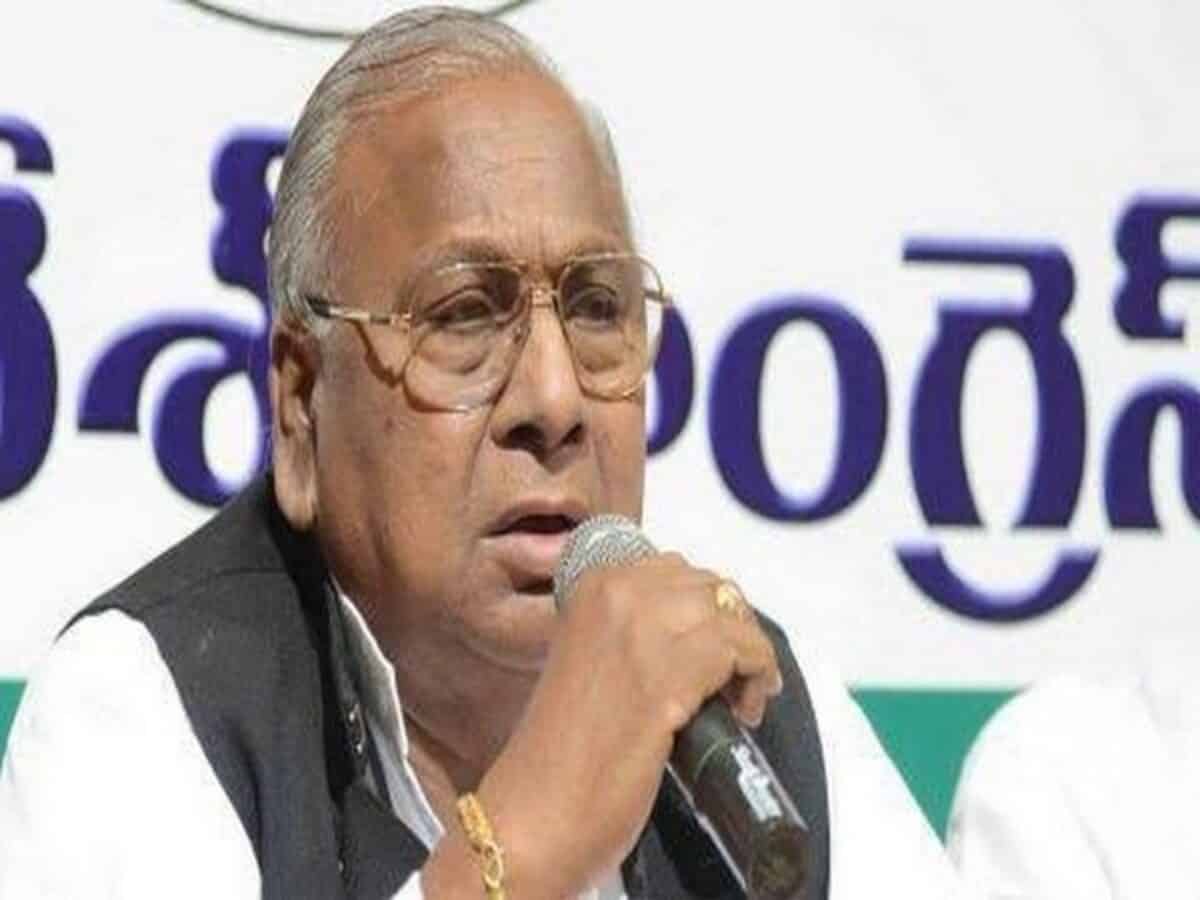 Hyderabad: Senior Congress leader and former PCC President V. Hanumantha Rao on Thursday slammed the Governor of the State Tamilsai Soundarajan and claimed that the Governor was facing helpless situation in the State even after three years of her appointment by the Central government.

Referring to the frequent media interactions of the Governor highlighting her problems, VH wondered as to whom they should tell about their problems? He said the Governor, who is holding Praja Darbar programs on one hand, was speaking in a disappointing manner on the other.

Speaking to media persons, VH said the people of the State were facing a lot of hardships due to a tussle between the Governor and the State government. He wondered whether there is any government in Telangana.

Referring to the comments of the BJP leaders, including Union Home Minister Amit Shah that they would put Chief Minister K Chandrashekar Rao behind bars very soon, he mocked that the BJP leaders had not yet arrested the CM in any scam. He said the State government was ignoring his letters urging to install Dr BR Ambedkar’s statue at Punjagutta crossroads although he has been addressing the letters since the last three years.

Stating that the City police kept the statue of Ambedkar in a lockup, VH said he would soon write an open letter to all the MPs on the issue. Talking about the new Parliament building, he demanded that the Central government name it after Dr BR Ambedkar.