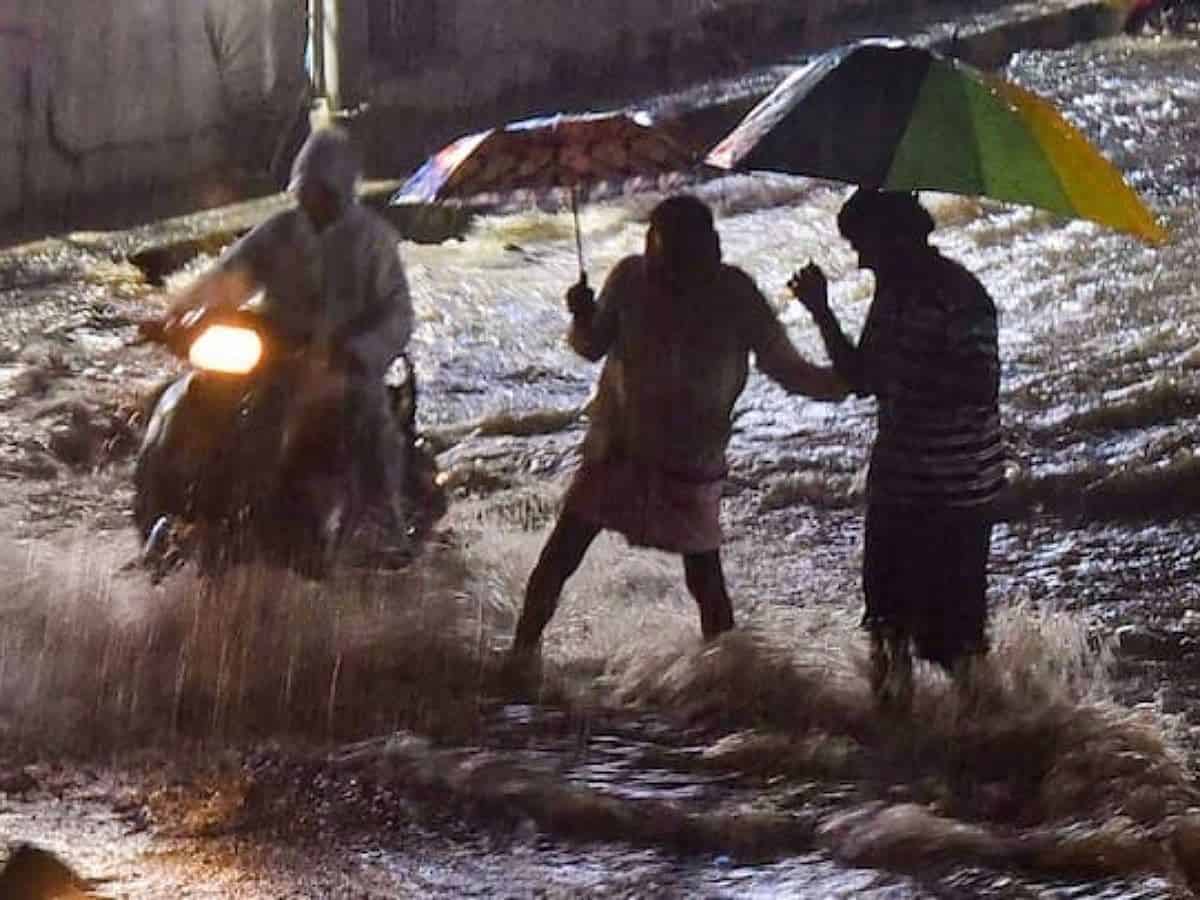 Hyderabad: Hyderabad witnessed heavy rainfall on Thursday. The rains which began at around 7 p.m. lashed several localities in the city. Massive water-logging and traffic jams were seen in parts of the city.

“Moderate to heavy rainfall to continue over the city for the next 1 hour. Citizens are advised to stay indoors. Dial 040-29555500 for DRF assistance. @KTRTRS @arvindkumar_ias @CommissionrGHMC,” GHMC EV&DM said on its Twitter account.

As of 9 pm, the Telangana State Development Planning Society’s (TSDPS) weather stations recorded 68.8mm of rain in Balanagar, 66.8mm in Jubilee Hills, 64mm in Yousufguda, and 58.8 in Srinagar Colony. There were reports of heavy downpours in LB Nagar and surrounding areas well.

The GHMC commissioner directed the staff and officers working at the ground level to be alert.

The rain also triggered traffic snarls in some parts of the city like Paradise, Somajiguda, Aramghar, Gachibowli, Shaikpet among others.

The India Meteorological Department (IMD) on Thursday issued a three-day rainfall warning for Telangana from September 3 to September 5.

Light to moderate rain or thundershowers are expected at a few places for the next 2 days—September 3 and September 4.

The IMD has also predicted heavy rainfall at isolated places on Day 3—September 5.

In a separate bulletin, TSDPS said that Karakagudem in  Bhadradri Kothagudem district has recorded a maximum of 63.5 mm rainfall a day earlier on Thursday as against the state average of 6.2 mm. Moderate rainfall between 15.6 to 64.4 mm was received at few places over Kumuram Bheem, Mancherial, Nirmal, Jagtial, Karimnagar, Peddapalli, Mulugu. Warangal Rural, Mahabubabad, Bhadradri  Kothagudem, Khammam, and Suryapet districts.